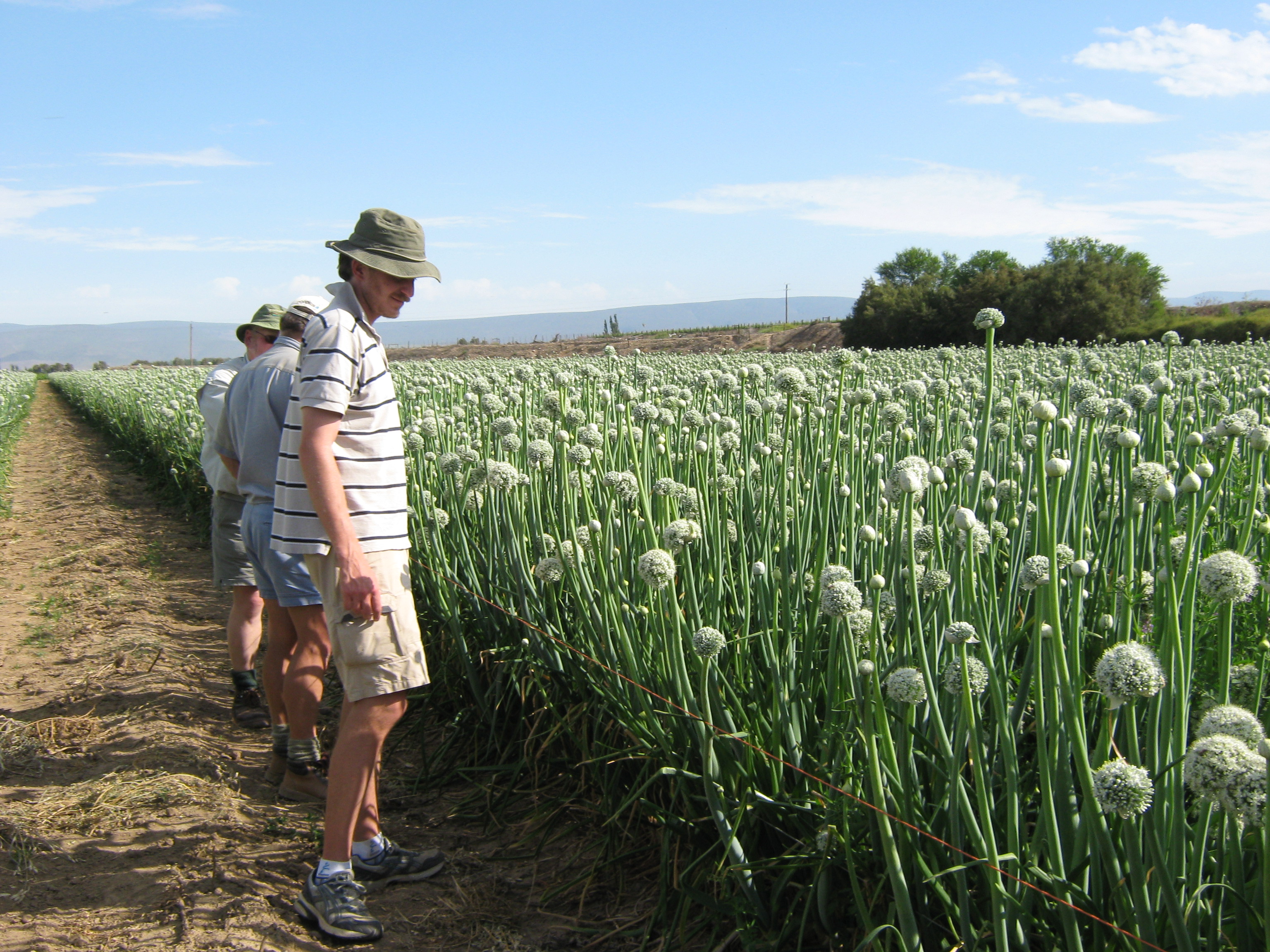 Dr Ruan Veldtman is an ecological entomologist, which means that he has a keen interest in the positive and negative role of insects in the environment.

On the negative side, this researcher of the South African National Biodiversity Institute (SANBI) and Stellenbosch University is involved in efforts to eradicate invasive wasp species from urban areas. These include the European paper wasp and the German wasp.

On the positive side, Dr Veldtman also has a keen interest in the role that insects play in ensuring food security, through their role as pollinators.

Recently he was among the co-authors of a global study on pollinators in the leading journal Science.

It highlights how smallholder farmers that go the extra mile to attract more wild bees and other pollinating insects to their land could harvest up to 24% more fruit or crops as a result. They can harness nature’s free pollination service by planting flower strips, using pesticides more carefully and restoring natural areas around their farms.

It also notes that large-scale commercial farming cannot reap the same benefits using only these methods, and will remain reliant on managed honey bee hives to ensure that enough food is produced.

The Science paper is an output of the Global Action on Pollination Services for Sustainable Agriculture Project (GPP)), funded by the Global Environmental Facility and co-ordinated by the Food and Agricultural Organisation (FAO). The project commenced in 2010 and collected data in 344 fields of small and large holdings in Argentina, Brazil, Colombia, Ghana, India, Indonesia, Kenya, Nepal, Pakistan, South Africa and Zimbabwe. It noted the number and variety of pollinators in each field, and the yield of each crop over a five-year period. It also recorded the resources (such as plants that produce pollen and serve as forage) needed to ensure that local populations of wild bees remain healthy enough to continue providing free pollination services.

Dr Veldtman was among a host of pollination experts and ecologists that contributed to the study.

The South African data used in the publication was collected by SANBI scientists in a sunflower seed producing area in Limpopo. The GPP also fully or partially funded the postgraduate research of two MSc students and two PhD students at Stellenbosch University’s Faculty of AgriSciences on matters relating to the pollination of apples and hybrid seed onions and forage to support managed honey bees.

“Pollinators are an all-important link in the cycle of food production,” says Dr Veldtman, who explains that most flowering plants (including many that are used for food) only produce seeds with the help of animal pollinators. “We need to treasure our wild bee populations as well the managed honey bees that our beekeepers set out in orchards and fields to ensure that pollination takes place.”

A press release from Stellenbosch University highlights that pollinating insects are on the decrease. This is because of the influence of habitat transformation, injudicious pesticide use and various diseases and parasites introduced with global trade. In addition forage available to managed and wild bees are continuously on the decline because landscapes are being transformed.

The Science study found that increasing the numbers of wild insects that pollinate flowering crops on smallholdings has the most pronounced effect on production volumes when the land is smaller than two hectares. In such cases yield can be increased by up to 24%.

The authors further suggest that large-scale crops may also benefit less from wild pollinator density because these tend to be pollinated by flower visitors with longer foraging ranges. These are usually generalist species, such as honey bees.

This study defines a farm as large if it is planted with more than two hectares of crops (was on average 14 ha). Furthermore, such farms often occur adjacent or near to other similar-sized farms. This creates vast areas of transformed landscapes with only a few small patches of natural growth in between. These can only support a handful of different types of wild pollinators, which are not enough to adequately pollinate adjacent crops.

Increasing yield on typically large commercial farms is therefore not simply a matter of attracting a greater variety and more wild pollinators. Yield can only increase if commercial farmers ensure adequate visitation by enough pollinators to their entire operation, across all the hectares of flowers that need pollination. In practice this means that they need to set out enough managed bee hives on their land.

#Scibraai Monday Menu: About #Feesmustfall, soccer and spit, and cancers