In the last four months five cases of rabies in humans have been reported in South Africa, and an additional two cases are probable. The country’s National Institute of Communicable Diseases warns that steps need to be taken to curb the trend. The Conversation Africa’s health and medicine editor Candice Bailey spoke to the institute’s Jacqueline Weyer about these concerns.

How prevalent is rabies in dogs in South Africa?

The recent confirmed human rabies cases were spread geographically across South Africa and reported from locations in the north and east of the country. This included four provinces: Limpopo, Mpumalanga, Eastern Cape and KwaZulu-Natal. Two probable cases were reported in the Free State and Eastern Cape provinces, but appropriate samples were not available for laboratory confirmation. 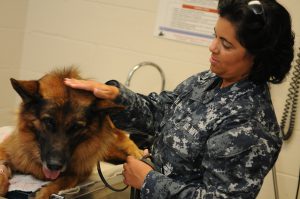 Historically, locations in KwaZulu-Natal and Eastern Cape have been affected the most by dog transmitted rabies. But in the past decade cases have been increasingly reported from areas where it has been controlled before. This includes outbreaks of dog transmitted rabies in areas of the Limpopo Province, Mpumalanga, North West and Free State Provinces.

The epidemiology of the disease is dynamic and changes based on factors such as vaccination coverage, the movement of animals and other issues that may affect the ecology of dogs in a given area. For example in 2010, a rabies outbreak was reported in dogs in the south west of Johannesburg. The outbreak could be traced back to a rabid dog from KwaZulu-Natal. With low vaccine coverage in Johannesburg, the outbreak lasted for the better part of year before it was brought under control.

How big of a threat is it to humans?

Rabies is the most fatal infectious disease known to mankind. It is spread through the infected saliva of a rabid animal. This means that any encounter that allows the contaminated saliva to enter the body – through a scratch, wound or through contact with mucous membranes – could lead to infection. Most human rabies cases in the world happen when a person has been exposed to a rabid domestic dog. There are very few cases linked to rabid cats and other mammals like wildlife and domestic livestock.

If someone has been bitten by a rabid animal, the wound, no matter how big or small, must be washed thoroughly with soap and water. In addition the person must see a doctor as a matter of urgency. At the health care facility, the risk for rabies virus transmission will be assessed based on the particulars of the case and rabies vaccination and rabies antibody therapy provided as preventative treatment post exposure.

What needs to be done to control and eliminate rabies?

Dog rabies has been eliminated in many countries around the world. In the US, this was achieved nearly 60 years ago. And in the developing world, Mexico has also managed to control dog transmitted rabies.

Their keys to success were progressive and systematic programmes for rabies vaccination in dogs. And these were underpinned by commitment from their governments as well as the public health and veterinary health authorities.

The fact that rabies is a zoonotic disease, affecting both human and animals, presents a massive obstacle. The control of rabies relies almost solely on the vaccination of domestic dogs. In South Africa one of the challenges is that the country doesn’t have enough resources to make sure this happens uniformly.

Dogs need to be vaccinated when they are puppies (at four months) and then again when they are one year old. After that, vaccinations need to happen every three years. In South Africa, vaccination of dogs and cats are mandatory by law. It’s the pet owners responsibility to ensure that their animals are vaccinated.

South Africa has committed to eliminate rabies by 2030. In 2014, the National Rabies Advisory Group of South Africa estimated that the country had spent about R70 million (USD$ 6 million) in vaccine and immunoglobulin purchases.

Bridging the gap in South Africa needs an integrated multisectoral, or “one health” approach for rabies control and prevention. Lessons from countries where dog rabies has been brought under control are ample, and policies and programmes should be adopted with these lessons and local challenges in mind.