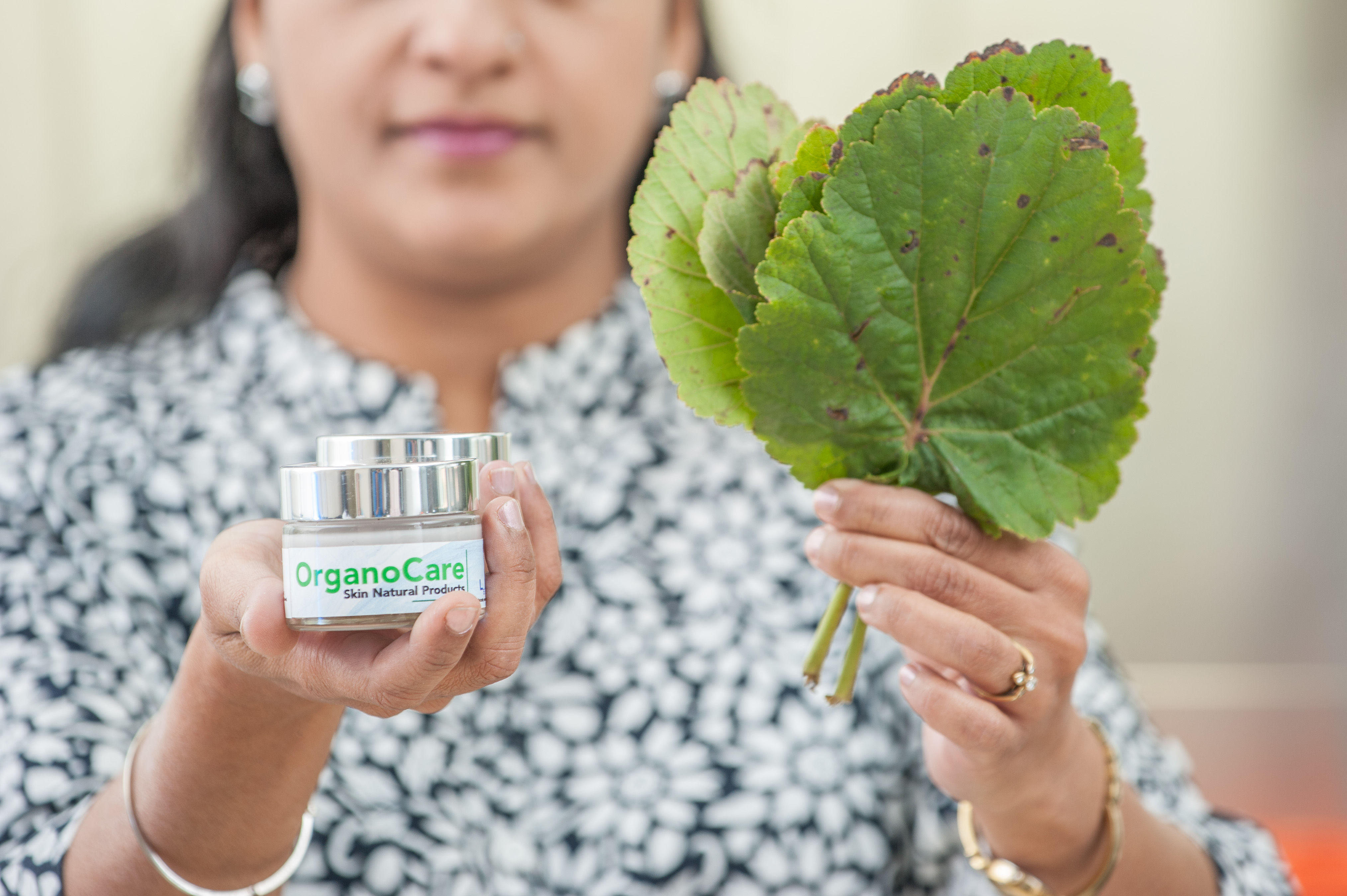 Earlier this year, Prof. Namrita Lall of the University of Pretoria received the Order of Mapungubwe – South Africa’s highest honour – in recognition of her research into the use of South Africa’s indigenous plants for the treatment of anything from cancer and tuberculosis (TB) to acne and gum disease.

At only 45, this medicinal plant scientist is ranked in the top 1% of the global Essential Science Indicators list of influential academics who write about pharmacology and toxicology. She was also recently a finalist in the 2014 National Science and Technology Forum Award. Working with collaborators around the world, she has already registered 11 local and international patents and has written more than 100 research articles and seven book chapters.

“The vast traditional knowledge about our country’s plants is still untapped, and there is a huge amount of work needed to verify if and how traditional remedies and local plants actually work,” says Prof Lall, who hails from India.

Her interest in this field of research was ignited in 1997 when she met a well-known medicinal plant Prof Marion Meyer. This UP academic became her PhD supervisor and is now also a valued colleague and collaborator. Working under his guidance, Prof Lall made one of her first research breakthroughs when she discovered that derivatives from the organic compound Naphthoquinone could help to treat and control liver problems that are often associated with the use of tuberculosis medicines.

As winner of the 2002 UNESCO-L’Oreal Award for Women in Science Prof Namrita Lall visited Paris where her eyes were opened to the possibilities and potential of “cosmeseutics” – cosmetic products with biologically active ingredients, often derived from plants.

“Seeing these products on a supermarket shelf is still a long way off, but it will be worthwhile,” she believes. “We are now working on up-scaling the processes for extracting valuable compounds from the plants, so that it can be used on a commercial scale.”

Prof Lall is equally passionate about a future where products from indigenous plants will not only benefit companies and consumers, but also the local communities. “I dream of seeing small factories in local communities where they can process the plants and produce the products themselves,” she says.

One of Prof Lall’s particular research interests is finding new skin care solutions based on plants grown in South Africa. In one of her review articles published in the Journal of Ethnopharmacology, she documented more than 100 local plant species being traditionally used for a wide range of skin problems. This includes ringworm, rashes and shingles to abscesses, acne, wounds and warts. Many of these remedies are known only to a small group of people in a specific region and at least 35 of these plants are still totally unexplored or scientifically documented. Working with one of her PhD students, Richa Sharma, she is exploring the use of the Leucosidea sericea shrub (also known as oldwood) and have found that chemical compounds in its silky grey leaves reduce the inflammation caused by a particular acne-causing bacterium. The results were published in the scientific journal Phytochemistry Letters earlier this year.

It’s however not only the plant life of South Africa’s forests and grasslands that grab her attention. In a collaborative project with Prof Debra Meyer of the UP Department of Biochemistry it was found that the Red Sea soft coral (Litophyton arboretum) has certain inhibitory qualities. This might be valuable in developing drugs that target HIV and cancer. The results were published in the journal Marine Drugs.Nature’s medicine chest, validated by science: Prof Namrita Lall is working on scientifically proven liver remedies and skin products based on the active ingredients found in South Africa’s indigenous plants.

Will Zuma turn to traditional medicine if he’s ill?

A sports car and a glitter ball are now in space – what does that say about us as humans?