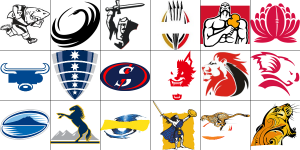 A study that calculates just how far Super Rugby teams travel was sparked by three Australian academics’ hopes to pick the right side to back in their regular weekend pool. Their findings might however be just the fuel that South African supporters need when next they have to explain their Super Rugby teams’ poor performances.

The University of Technology Sydney researchers found that teams on average travelled over 51 000 kilometers per season. This distance increased with a third from the 2013 to the 2016 seasons. South African teams travelled over 60% more as a result of the recent competition expansion, compared to Australian and New Zealand teams that only had to increase their travel by about 10%.

The Super Rugby competition started off between 12 teams from Australia, New Zealand and South Africa. Since 2016 it has evolved into a tussle between five countries and 18 teams, with Argentina and Japan also fielding a side. Even though only 15 Southern Hemisphere teams will be competing in 2018, the Australian researchers’ stats are still worth considering, given the pressure being put on professional athletes.

Their study in the November edition of the Australian Sporting Traditions journal adds up how the expansion of the Super Rugby competition between 2013 and 2016 increased the volume of travel required from competing sides. They did not have access to teams’ actual itineraries, but feel that valid assumptions can be made from the data they used by way of proxy.

“Our take home is simply that travel demands have increased on Super Rugby teams, but that these demands haven’t been equally shared across the teams,” says lead author Dr David Bond of the Business School of the University of Technology Sydney in Australia. His co-authors are Stephen Frawley (like Bond a senior lecturer at the UTS Business School), and Rob Duffield, an associate professor in the Sport and Exercise Discipline Group in the Faculty of Health at the same university. “Certainly, the South African teams have seen a dramatic increase in the amount of travel they have to do.”

The Chiefs wins the trophy for the most travelled of the New Zealand teams, with 48,568 kilometres in the 2016 season. The Chiefs and Highlanders saw increases in their travels of 29.5% and 30.3% respectively, while the Blues in fact travelled less than before (-16.2%).

According to Bond and his colleagues, the disparity in the travelling that teams from different nations did are driven primarily by the way the conference structure was organised. As the most geographically remote teams, Argentina’s Jaguares and Japan’s Sunwolves were both in the African conference. There was therefore the possibility that a South African team would have to travel to play both, whereas for the Australian and New Zealand conference teams, they only play one of these teams once per season.

He believes that the higher starting average for Australian teams is likely driven by the greater geographic distances between Australian conference team venues than is found in either New Zealand or South Africa.

The researchers do provide some sort of silver lining: “As the overall volume of travel has increased, the distribution of travel within each season has become more even. For example, in 2016 only a third of teams had an unequal distribution of within-season travel, as compared to two-thirds in 2013.

According to Bond, who played rugby for 25 years, the study stems from his interest in how team performance can be influenced by aspects such as short turnaround times between games and travelling. On a lighter note, he says that he had hoped that such stats would give him the edge in the Super Rugby tipping competitions.

“Once we got together and had discussions with various parties with different links to the competition, we realized there were other angles other than just identifying overall match outcomes,” he admits.

So, are these stats all a storm in a statistician’s teacup? In October this year, All Black coach Steve Hansen went on record as saying that travel fatigue is a legacy of the demanding SANZAAR schedule. He feels that it is impacting on the balance of world rugby power and what some teams are capable of achieving.

In a study in the March 2017 edition of the Journal of Strength & Conditioning Research Australian researchers calculated the influence of long-haul flights on Sevens Rugby players’ lower body power and the running they do during matches. A study in the Journal of Sports Sciences takes account of the impact of travelling over multiple time zones and jet lag on rowers.