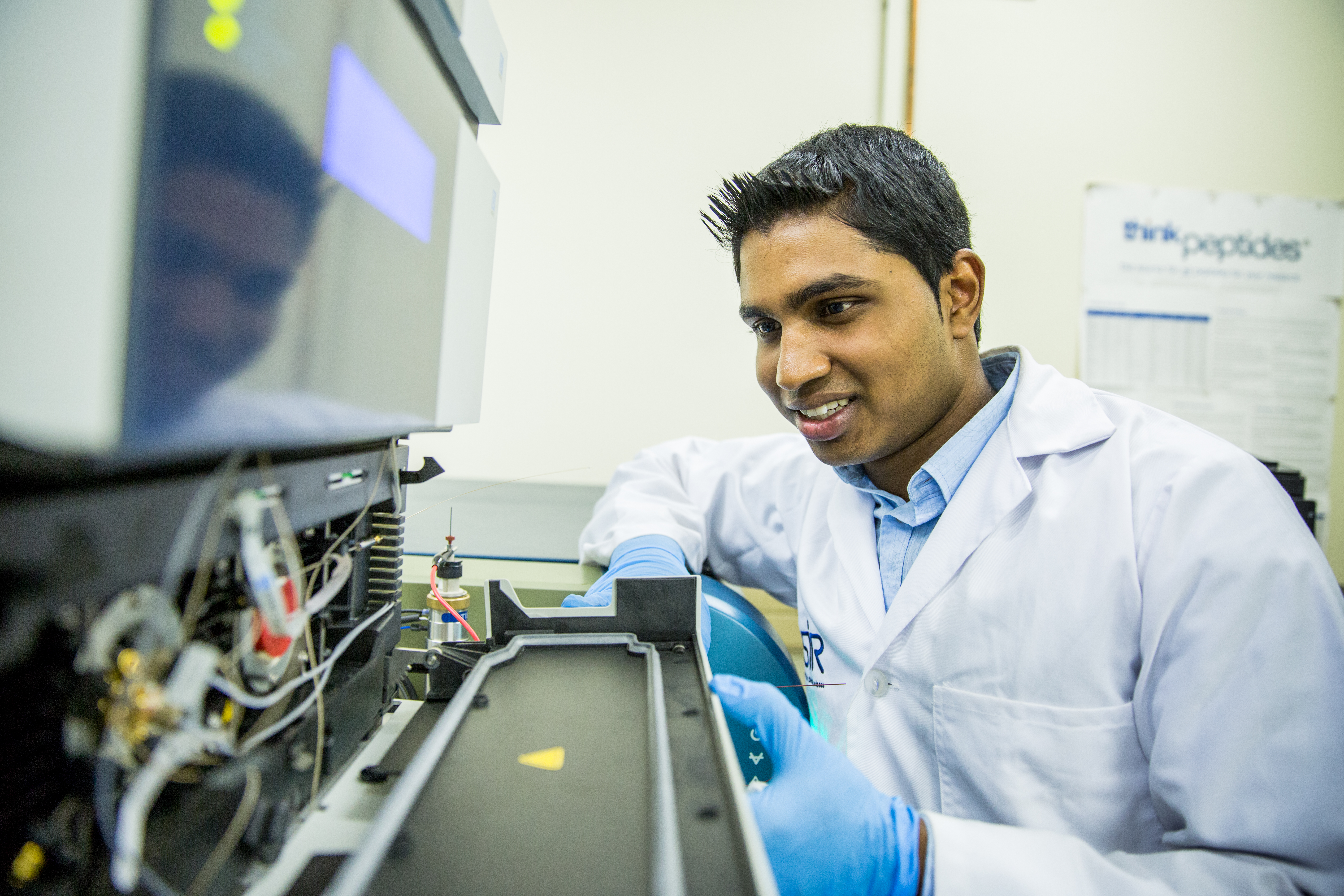 After skipping grades 7, 9 and 10, Previn Naicker graduated from Wits with a PhD in Biochemistry last year at the age of 23. Wits Vuvuzela caught up with the alum at the end of  graduation week.

He hopped out of his dad’s car, slung his sling bag over his right shoulder and made his way toward the science building. A relatively normal first day for any other university student, except that Previn Naicker was 14 years old.

Naicker graduated last year as the youngest Witsie to obtain his PhD in Biochemistry, at 23. In grade 6, he was offered a scholarship to Star College in his hometown, Durban, where he and several other pupils underwent an accelerated program. Naicker skipped grades 7, 9 and 10 and matriculated in 2005 at age 14.

After he obtained his undergraduate degree in Biomedical Science at the University of KwaZulu-Natal (UKZN), Naicker took a break from the books. “I took a gap year in 2010, to decide whether I wanted to pursue further studies or enter the job space,” he said. “Once I decided on furthering my studies, I realised that I needed to add to my arsenal of biochemical techniques.”

Previn set his sights on Wits in 2011 where he did his Honours, Masters and PhD. “As Wits is home to some of Africa’s leading protein biochemists, I decided to take on a Masters with Prof Yasien Sayed from the School of Molecular and Cell Biology,” he said.

Being considerably younger, Naicker said his age was always noticeable but positively received with age-related jokes which “lightened serious moments.”

Naicker said the greatest time spent at Wits was discovering things about his personal and scientific life. “It was a defining period of my life where I also met my current fiancé who is a fellow Witsie.” He felt his greatest achievement at Wits was that he attained an internationally reviewed PhD.

Naicker is currently a postdoctoral researcher at the Council for Scientific and Industrial Research in Pretoria where he undertakes research projects in the veterinary field and the development of protein particles.

Naicker aims to grow as a researcher in the upcoming years.  “I would like to establish myself as an independent researcher and undertake translational research, research which has a direct socio-economic impact.”

Thanks to Wits Vuvuzela for permission to republish this article.

The Science Inside MarsOne