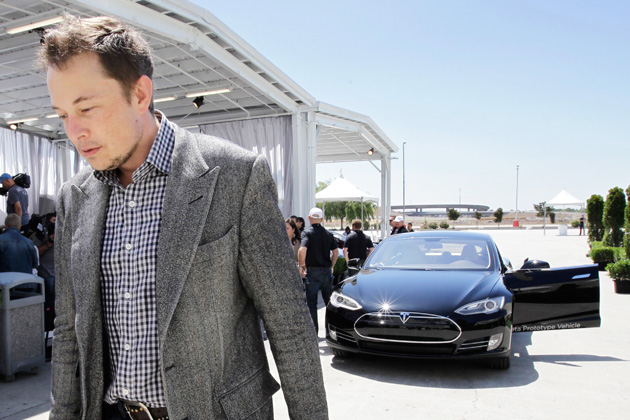 The five areas you have identified as playing important roles in the future of mankind are indeed important ones (evolution of the internet – humanity’s “nervous system”, sustainable energy, becoming a multi-planet species, artificial intelligence, and writable genetics). I would, however, add a couple more to the list as identified by Nick Bostrom in his scenarios for the future of technology and mankind: development of wisdom and improving human cooperation.

You have stated that it is very important to make steps to protect the human light of consciousness and it is for this reason (in addition to ensuring a more interesting future for mankind) that we should make steps towards becoming a multi-planetary species, accelerate efforts in protecting our current planet, and seek to avert technological perils (by putting effort into AI safety, for example). I would agree and the efforts you and your companies have been making in this direction to change thinking to date are laudable.

The light of consciousness available to humans is indeed a precious thing and most people recognise, if they really consider it, that this is our most valuable asset. Indeed, what greater gift can you give someone or some task than your full attention? It is in consciousness that all our human triumphs, fears, aspirations, humour, noble deeds, wisdom and learning appear. Indeed it is difficult to argue with the fact of one having no knowledge of the world without consciousness. The funny thing about the light of consciousness, our most precious asset, is that we, as a collective, still have very little idea about what it actually is. We are fascinated/captured by the objects that appear in consciousness and overlook consciousness itself.

It seems that we have not made much scientific progress with understanding consciousness since we are generally trying to study consciousness as an object. Unfortunately, as everything appears in consciousness, consciousness itself does not make a very compliant object of study! Just as the eye cannot see itself directly, so too with consciousness, and we need to find other ways to look.

Let me focus now on the development of wisdom and link back to consciousness a little later. Wisdom is clearly critical if we, as a species, are to safely navigate the challenges of our exponentially increasing technological development in the coming decades. We now recognise that our technology can bring both great potential benefits and also some considerable perils. You speak of these often. The world, however, often seems a little short on wisdom these days, so where to find it?

Wisdom, as the old saying goes, comes from within. As most people are very focused on looking outwards rather than inward, it therefore comes as little surprise that wisdom seems in short supply. People like Nelson Mandela had a long time to be quiet and reflect on things and emerged with great wisdom, able to effect an unlikely transformation and inspire the world. We can learn from examples such as his.

Indeed, every human has access to wisdom within, but some inner work is needed to strip away many of the assumptions and habitual ways of thinking that cloud out the wisdom and prevent it from emerging clearly. There is an analogy of an old-fashioned light bulb shining brightly at the core, but perhaps obscured by a lot of dust and muck which tends to dim and distort the light available for good use. All analogies have some limitations, but you will get the point.

You often talk about going back to first principles, usually in a physics context, in order to determine the truth about things. This allows one to look in a fresh way at things and question “Does it really need to be like that? Can’t we do better here?” In the same way that this works so effectively in rearranging the atoms of the universe into better car and rocket shapes, so too, do we need to apply similar reasoning to our inner world and to deeply question some of the assumptions there. Are our assumptions really true or have we just accepted something on hearsay?

To question fundamental inner assumptions requires some deep questioning and these inner investigations are usually of a more private and subjective nature in how they play out. However, the deep questions themselves are more universal. One could ask, for example, “What am I really? Am I really my body with its various sensations, the physical entity which undergoes birth and death? Am I really my mind which seems to be a collection of thoughts coming and going, largely without my control? Am I my heart with the emotions that stir things into movement? Or am I something deeper still, the silent witness of this all, here, now, as these words are read? And what is behind even the witness?” With a little practice, we can intuitively feel into these areas where the answers come through an alert silence rather than as words.

You may perhaps get a sense how these types of investigations ultimately lead one into an inner stillness, in which the direct experience of something becomes more of a pointer to truth than the entertaining of ideas about it. You may also perhaps sense how such explorations fundamentally explore consciousness itself. In addition, in a curious and remarkable way, such inner exploration also tends to reflect over time in one’s experience of the outer world. The more deeply we move within and the more the inner clutter gets cleared, the greater the clarity and compassion that seems to become available to us. This process of introspection and deep questioning seems to unlock the inner wisdom within us, wisdom that clearly we all need to unlock if we are indeed to progress as a species.

“A human being is a part of the whole called by us universe, a part limited in time and space. He experiences himself, his thoughts and feeling as something separated from the rest, a kind of optical delusion of his consciousness. This delusion is a kind of prison for us, restricting us to our personal desires and to affection for a few persons nearest to us. Our task must be to free ourselves from this prison by widening our circle of compassion to embrace all living creatures and the whole of nature in its beauty.”

When one questions deeply within, the “optical delusion” of separate existence also comes into question, starts to break down and a different, more connected view of the world emerges. How interesting! Surely something worthy of our deeper exploration, leading naturally into the “better human cooperation” aspect mentioned at the start.

If we fail to explore the inner world, we may perhaps share some closing thoughts with Isaac Newton, another scientific giant of his time, who discovered the physical laws (to a good approximation) by which we still launch our rockets. The following quote is attributed to him in his later years and one hopes that we may not be entertaining similar thoughts as we gaze out in our old age across the Martian landscape :)

“I do not know what I may appear to the world, but to myself I seem to have been only like a boy playing on the sea-shore, and diverting myself in now and then finding a smoother pebble or a prettier shell than ordinary, whilst the great ocean of truth lay all undiscovered before me.”

Your efforts in nudging our technological society in better directions are indeed laudable and I hope they continue. It is also clear that we need to raise our level of consciousness and wisdom in order to make lasting progress. To do this, we need to balance our outward exploration with time also for reflection and inner exploration. Fortunately, humans are equipped to do this. Whether we venture there is a question of will and necessity.

(This letter may be freely redistributed in any medium provided it is without modification to the text and includes attribution to the original author, Jasper Horrell)