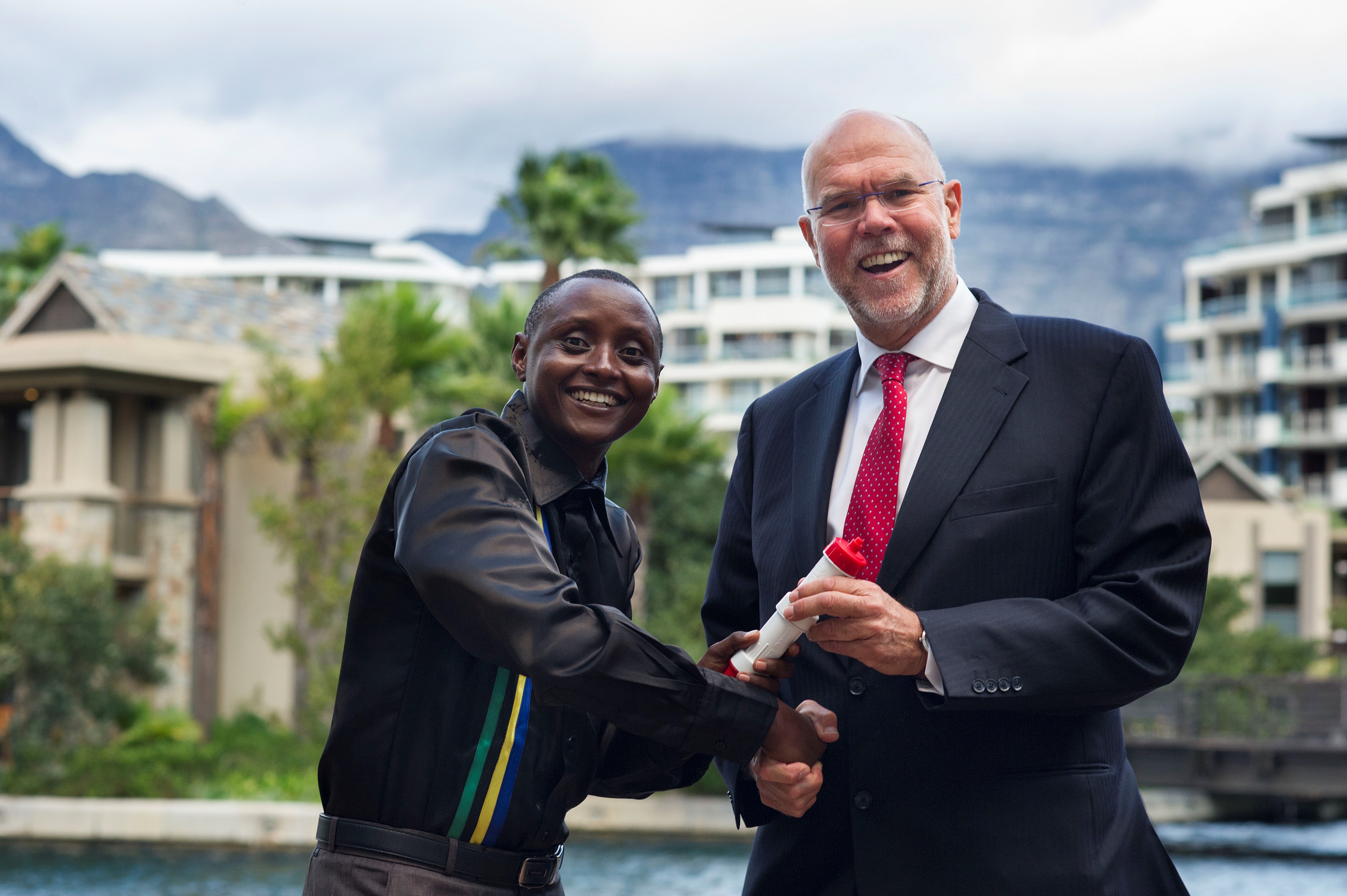 A new nanoparticle-based water filtration system will soon be saving lives all over rural Tanzania, thanks to the Royal Academy for Engineering’s inaugural Africa Prize for Engineering Innovation.

At the final leg of the competition in Cape Town on Monday night, Dr Askwar Hilonga of the Nelson Mandela African Institute of Science & Technology in Tanzania took home more than R450 000 in seed funding to produce his new filtration system. He will also receive training and mentorship as part of the programme.

Fifty-five applications were received from 15 different African countries, which were narrowed down to 12 semi-finalists. After six months of work on their business plan, four entrepreneurs were selected from this group to compete for the final prize.

Dr Hilonga’s Nanofilter was up against stiff competition: the Draadsitter device (from SA inventor Ernst Pretorius) detects interference with a fence, the Spot Fertiliser Applicator (Zambia’s Musenga Silwawa) helps small-scale farmers with fertilising their crops, and Chura (Kenyan entrepreneur Samuel Wangui) is an airtime transfer service to help Africans get the best value from their service providers.

It's the big day for the first #AfricaPrize finalists! Tonight we crown Africa's most innovative engineer! pic.twitter.com/W0Hqn4Ou0A

According to Hilonga, 88% of child deaths in Tanzania are caused by water problems – either waterborne diseases or toxic components in the water. His company, Gongali Model, identifies the most common waterborne contaminants in an area, and then creates an optimised mix of nanomaterials to treat water in that area. This mix is then inserted into reusable filters. The technology is fully recyclable and built from local materials.

The Nanofilter system is already installed in several houses and schools in rural Tanzania, and the company just entered into an agreement with Global Sustainable Partnership (GSP) to provide Nanofilters to 100 Tanzanian schools. Hilonga says that the prize money will go towards producing the Nanofilter on a larger scale in order to bring costs down.

The three runner’s up all received nearly R200 000 towards developing their own innovations further. There is no doubt that all four of these innovating entrepreneurs will go far, thanks in part to the support of the Royal Academy for Engineering.

To learn more about Dr Hilonga’s device, see the video below:

This was the inaugural Africa Prize for Engineering Innovation event. The Royal Academy for Engineering is inviting applicants for the 2016 prize – you can apply here. Applications close 29 June 2015.