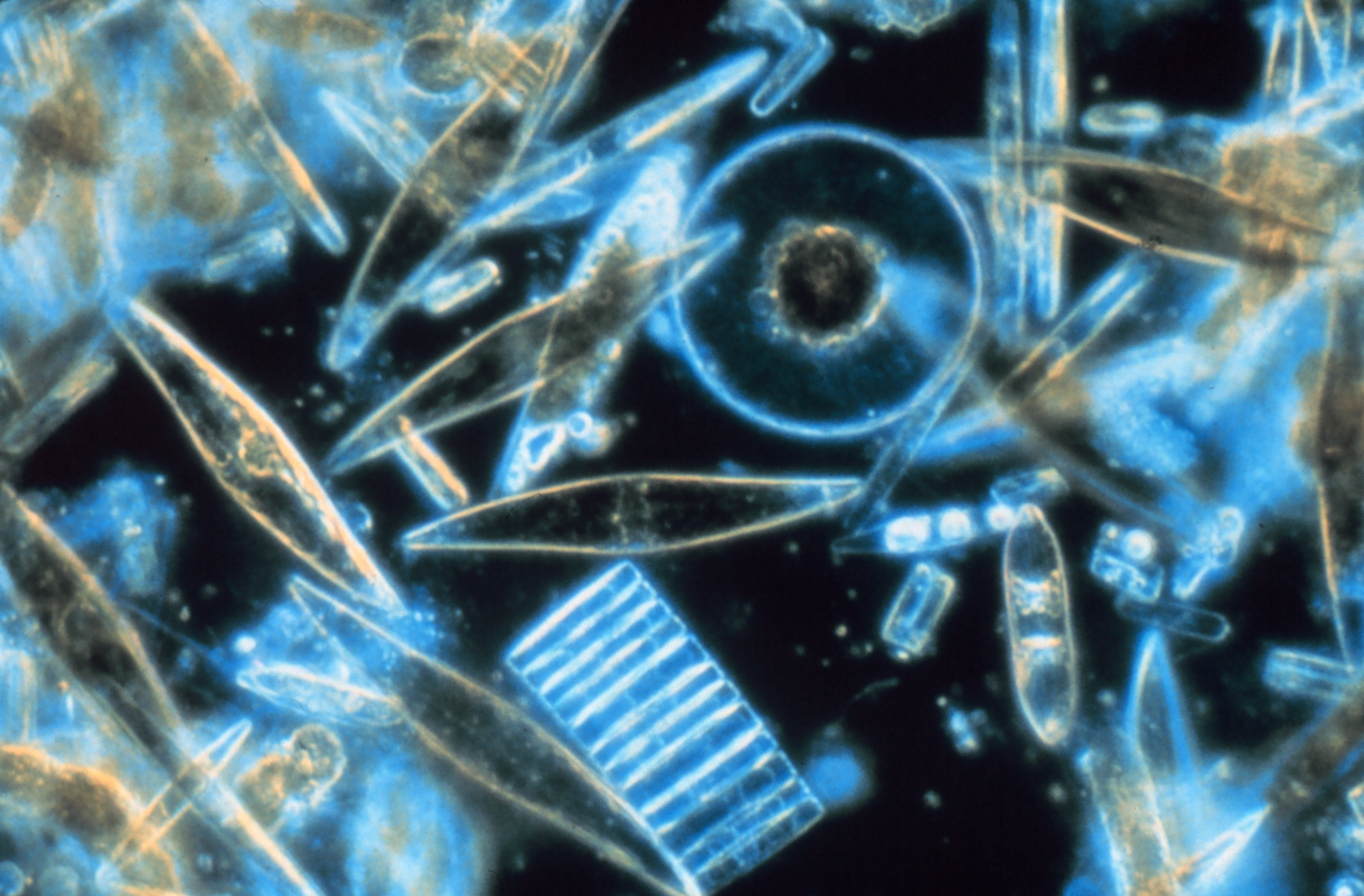 What can single-celled diatoms living in water teach us about harvesting light? Alot, says Prof Tjaart Kruger of the University of Pretoria, in this article from The Conversation Africa. 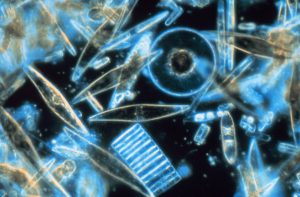 Photosynthesis is a great source of inspiration for solar technology. By studying the minutiae of how plants convert light into useful forms of energy, scientists can better mimic nature’s clever solutions for cleaner energy production.

More than half of our planet’s photosynthetic energy conversion takes place in water. Diatoms, which are the equivalent of grass in the sea because of their great abundance and importance, are responsible for most of this water-based photosynthesis. Diatoms are single-celled organisms that can take on an incredible variety of shapes and sizes and are a very common form of phytoplankton, the organisms in the plankton community that produce their own food.

Diatoms harvest light in much the same way that grass and most other plants do. But there’s a subtle difference in the relative orientation of three particular light-absorbing molecules in diatoms that sets them apart from their counterparts on land.

This structural difference means that the state of energy generated in diatoms immediately after light absorption should be susceptible to small deformations in their light harvesting apparatus. Large amounts of energy should be lost as a result. Instead, diatoms’ initial energy flow is very efficient and robust.

Until now, nobody has been able to explain this contradiction. Now a team with scientists from the Netherlands, Germany and Czech Republic – and myself, from South Africa – have managed to resolve this conundrum.

How to avoid an energy trap

The very first step of photosynthesis involves the absorption of a photon – a particle of light. The photon is then converted into an excited state, a process which occurs in one of the plant’s antenna systems. These systems consist of a dense arrangement of light-absorbing molecules known as chromophores, bound to a protein scaffold.

Plants’ clever light-harvesting systems gear up to dodge those energy traps by sharing the photons’ energy among several chromophores. This type of extended or spread energy state is called an “exciton” and it has several advantages.

For example, it does not easily get stuck in an energy trap. It’s like playing lawn bowls on a rough terrain: a golf ball will not get far, but a large ball is much less affected by holes and bumps in the grass. In the same way, excitons will not be easily caught or affected by an energy trap. They are efficient and robust.

Excitons also naturally create an energy gradient, which ensures that energy flows in one direction – straight to a spot in the plant’s light-harvesting antenna from which it can be passed on and eventually stored for future use.

Diatoms’ light-harvesting antennae work differently, and that’s what interested us.

They don’t use large excitons at a key position in their light-harvesting antennae. This suggests that the excitation energy will be quickly trapped and lost. We observed trapping, as we’d expected; but, remarkably, the energy was not lost.

Instead, diatoms have a special antenna structure that deposits the excitation energy in a unique state where it is less likely to be lost. The flow of energy is extremely sensitive to structural disorder – ubiquitous vibrations of the protein structure – but diatoms’ antennae react to the disorder in a positive way to harvest light efficiently. This kind of disorder is often equated with noise or messiness: so nature has showed us a way to use a “bad” thing for a “good” purpose.

This is good news because now we know that there is not only one solution to the important problem of preserving an excited state for a long time in a “messy” environment. For instance, the result could be applied in the world of quantum computing, where information has to be stored for a long time at room temperature. During this time it is strongly susceptible to a noisy environment.

Some of these materials use polymers or organic materials, which exhibit structural disorder just like the proteins in the photosystems of plants and diatoms do. Inexpensive semiconductor-based materials contain a lot of defects, which often serve as energy-trapping centres. And light-absorbing molecules or nanostructures are being used more and more in solar technologies; these exhibit exciton states that are quite similar to those in the photosynthetic antennae.

We need to find ways of overcoming the adverse effects of disorder on excitons, or valuable energy will be lost. Our findings demonstrate that there may be multiple solutions to this problem.