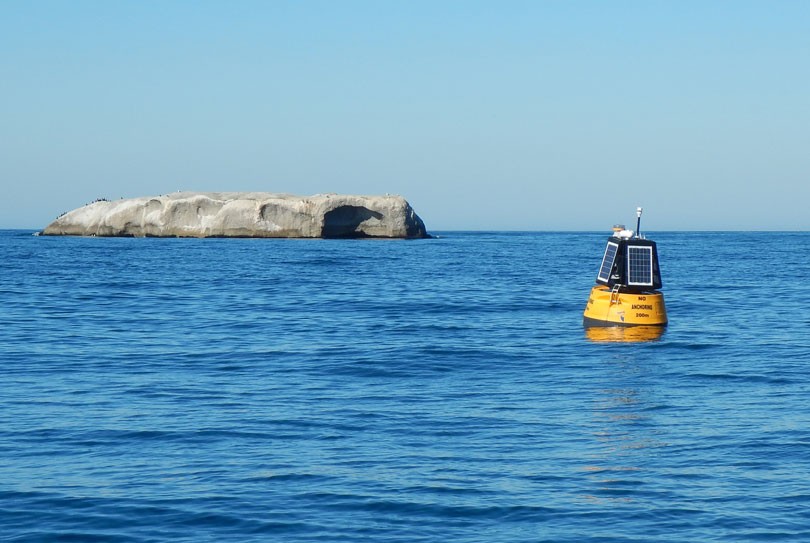 A new real-time measuring buoy can change the way the maritime industry operates, writes Dirk Muller in The Conversation Africa. ——————————————————————

A hi-tech buoy that provides real-time data can play a key role in helping South Africa manage its coastal waters. It could also be deployed beyond the country’s waters.

The coastal observer is a compact modular data-collecting buoy purpose-made for a range of commercial and scientific applications at sea.

Its development charts remarkable progress since buoys first surfaced hundreds of years ago. While some types of floating markers may have existed before the 13th century, the first recorded buoy was mentioned in La Compasso de Navigare in 1296. Located in the Guadalquivir River, it aided mariners approaching Seville, Spain.

The buoy developed in South Africa enables users to get real-time data through wireless telemetry from a range of sensors mounted to, and powered by, the platform. It provides knowledge that would enable better understanding of the coastal environment. For example, it could provide an alert when the red tide is ready to crash on the west coast. During the red tide, water becomes toxic to certain marine animals.

South African has also had a problem on the coast with illegal fishing, costing the industry an estimated R4 billion annually. The device can also monitor illegal activity on the coast.

Throughout the oceanographics engineering industry – made up of government departments, ports and harbours – more than 90% of equipment is sourced abroad.

Very little oceanographic equipment is made locally. All flotation systems are imported.

This project will buck the trend and ensure that local companies in the maritime industry can draw on tailor-made products that reduce costs. This solution allows them to have more options to collect more data at sea.

Bouys are deployed all along the South African coastline. They are used by industry and government for oceanographic and atmospheric data sampling. The data collected is crucial for severe weather prediction, disaster management, oceanographic research and coastal management.

Currently, when servicing the device, technicians have to remove the entire buoy from the ocean. This means that crucial data cannot be collected during service periods.

To counter this problem, the functionality of the buoy was enhanced to simplify the operational procedures. This makes it easier for information to filter from the sea to a data centre.

Evolution of a prototype

The original system was big and its operational procedures required a highly skilled team. Improvements were identified and a new compact modular system was created.

A list of possible improvements to the new design were devised through various deployment, maintenance and recovery procedures. Out of this a compact modular system was created.

The modular design allows for eased maintenance and repairs as modules are of manageable size and simply be replaced with service modules when required.

The system was developed for a local buoy network that required a new optimised system to allow for expansion of the network to cover more of the South African coastline.

The control system features a redundant design. Other parts can take over should any component fail. This allows for minimal system downtime and data loss.

We have successfully completed our proof of concept by testing a prototype in False Bay in the Western Cape.

The system performed very well and allowed us to identify possible design optimisations that can improve operational procedures.

The design has been improved with a final prototype for testing currently in the manufacturing phase.

Plans are underway to produce the buoy commercially in South Africa in 2016 before taking it to the rest of the continent.