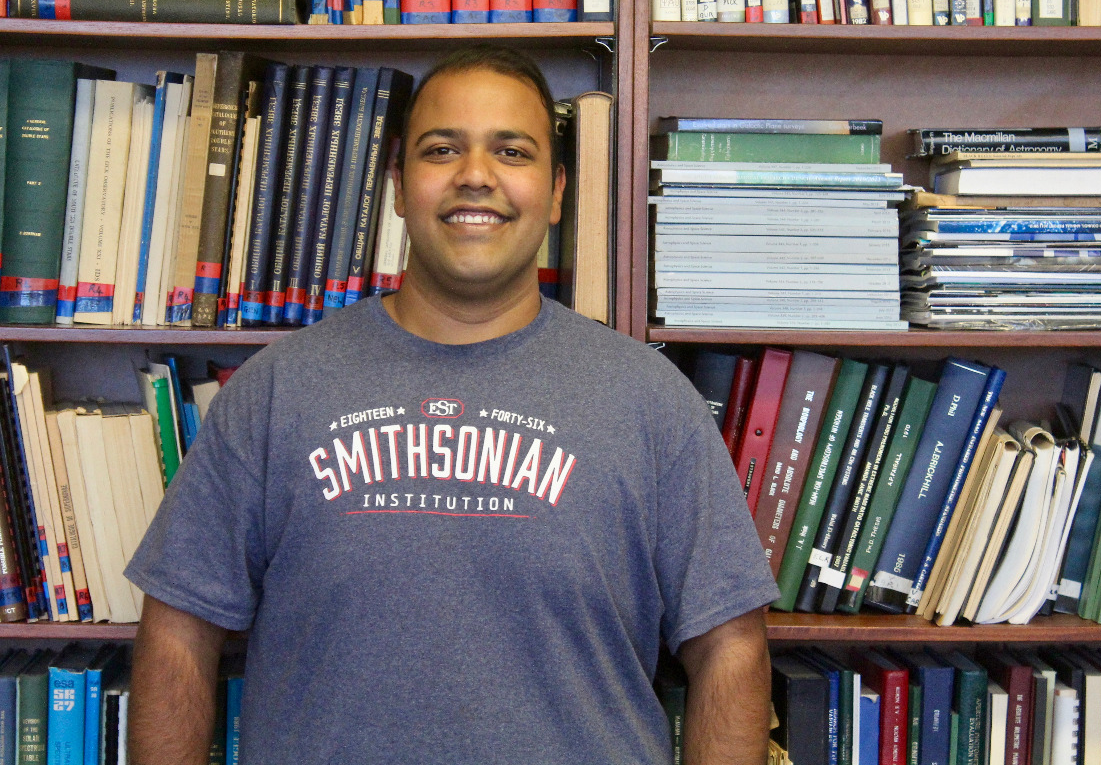 Dark energy has dominated the 69th Lindau Nobel Laureate Meeting with a few playful murmurs of a future Nobel Prize for the next discovery.

About 5% of the universe is made up of known atoms like protons, neutrons, and electrons and the rest of it is an unknown, invisible gas substance that is dark matter. It’s a powerful force that repels gravity, known as ‘dark energy’

Much of the universe has not yet been discovered, simply because the technology to detect dark energy does not exist yet.

In his sketch of science, Schmidt drew a stairway that is narrow at the top and spreads out until it is much wider at the bottom.

His illustration demonstrates that the galaxies are moving further apart at an accelerated rather than constant pace.

What are the implications of stars, classes of planets and galaxies moving further away from each other?

Kimeel Sooknunan, who recently completed his masters degree at the University of Cape Town, said these are implications that will be felt in the long term.

“We are not sure if the expansion is time dependant. Maybe it will slow down in the end. If it doesn’t, then that would mean there would come a time when all galaxies are alone,” added Sooknunan, who will be pursuing his PhD in Astrophysics at the Imperial College London. “In such a scenario there would come a time when as a scientist you would look up into the sky and see only your galaxy.”

Sooknunan, an astrophysicist in the making, said it would be much harder to research physics in space and make new observations if the galaxies keep on drifting away from each other – which is why understanding dark energy is probably the next frontier for the current generation of astrophysicists.

DIY: Pimp your wirework car with your cell phone