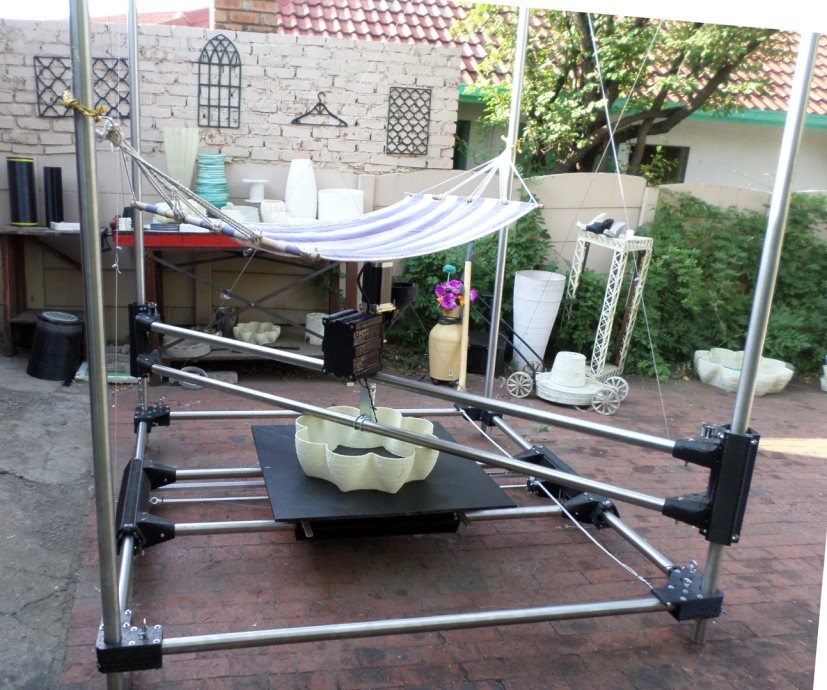 We would be lying if said we weren’t more than a little jealous of Hans Fouche. When your day job is 3D printing chocolate, and your hobby is running a venture that produces the massive Cheetah printer, we turn very green indeed.

Now he’s created a printer so big he felt inclined to install a hammock in it.

In February of this year when Fouche 3D Printing – Fouche’s new outlet for his printer – went live, we got to see where the Cheetah printer was in its development. The Cheetah 3.1 has a massive build volume of one metre cubed, and Fouche was using it for unique projects indeed, such as a 3D printed lawnmower.

Now we’ve got to see the new revision of the Cheetah, and it’s quite large.

While we don’t know the exact build volume yet, we have some objects for scale, including a hammock tied at two posts of the printers structure. Also in the picture is the printed lawnmower and some decorative bowls.

Next time you have a print that is dragging on for hours, you can take a nap on your printer.

We should also add that this new revision goes a long way towards making the Cheetah aesthetically pleasing.

This story originally appeared on htxt.africa.