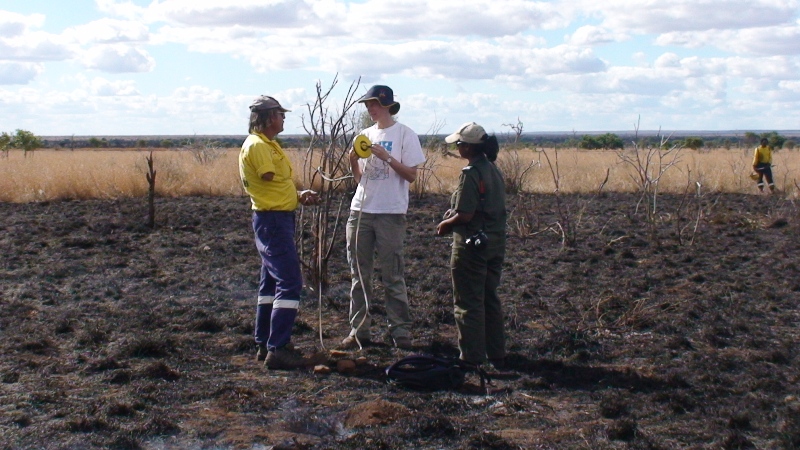 Dr Sally Archibald has dabbled in mathematics, languages, zoology and botany, even trying her hand at journalism. Her path to ecosystem researcher was hence not quite direct, but she says it’s often better to take the scenic route.

“For me it was worth trying out a few different things until I found what I liked. Even though it might have seemed undirected at the time, I ended up with some really useful skills,” she says.

Out in the nature | Archibald’s research looks into how climate, fire, vegetation and people affect the environment and biodiversity, and how to better manage and mitigate potentially negative changes. “My research helps create the landscapes and environments that support us,” she explains.

Much of her work is geared towards informing policies around land management, sustainability, conservation and climate change. For instance, one of her projects looks at how to use fire as a tool to increase the grazing quality for animals in the Kruger National Park. Another focuses on how water resources can be improved by removing alien invasive plants.

These projects involve field experimentation, and thus travelling, all over South Africa. “There is a lot of scrambling around outdoors, so a love of nature is important,” says Archibald. She does quite a bit of number crunching in front of the computer as well, and her aptitude for statistics often comes in handy. The art of science | But what attracted her to research most of all was something many people would not associate with science: creativity. “Being creative is a huge part of being a good scientist. You need to find new ways to look at old problems and you must be able to design experiments that reveal new information,” she says. “In other words, a scientist needs vision.”

Keeping the balance | Archibald says fellow scientist Bob Scholes is one of her role models because he reminds her how to be a good and happy scientist, along with her 2-year-old daughter, who keeps her on her toes about what is really important in life. Looking back, she says she also admires her 20-year-old self. “Young people still care about the problems of the world and are willing to solve them, and they know that having fun is part of life,” she says.

Adapted from the original publication in the CSIR’s Science Scope, March 2014.