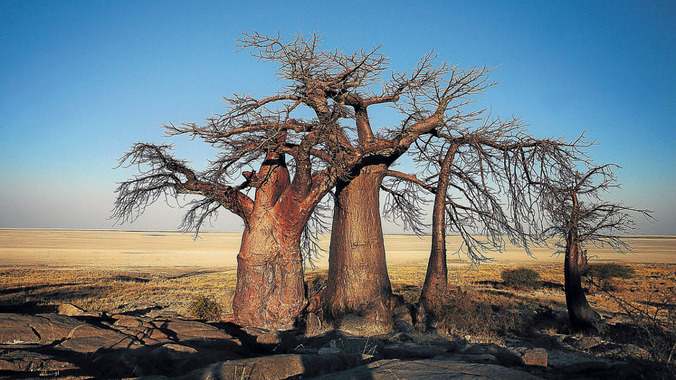 Researchers are using baobab trees to learn about climate conditions that prevailed thousands of years ago.

Engorged ancient baobab trunks could tell the story of climate change in South Africa over the past thousand years, according to a paper published in the journal PlosONE.

Adansonia digitata, a baobab endemic to Southern Africa, can provide this kind of information because of their hardiness and longevity, says Grant Hall, a co-author of the paper who is with the University of Pretoria’s stable isotope laboratory.

“In terms of trees … this is the longest record available. There have been a number of other studies done on tree species but those only go back 300 years or so,” he says.

In the article, “A 1 000-year carbon isotope rainfall proxy record from South African baobab trees”, researchers analysed four baobabs from northeastern South Africa to divine from their trunks what the rainfall was like during the trees’ lives. The timeframe and location include the Kingdom of Mapungubwe, dated to between 1075CE and 1220CE, in the Limpopo-Shashe Basin.

“The wettest period was AD1075 or [1075CE] in the Medieval Warm Period, and the driest periods were AD1635, AD1695 and AD1805 during the Little Ice Age,” write the authors, who are from Swansea University in Britain, Babes-Bolyai University in Romania, iThemba Laboratory for Accelerator Based Science, the University of Pretoria and the University of Cape Town (UCT) .

Lus for more? Read the original at Mail&Guardian.