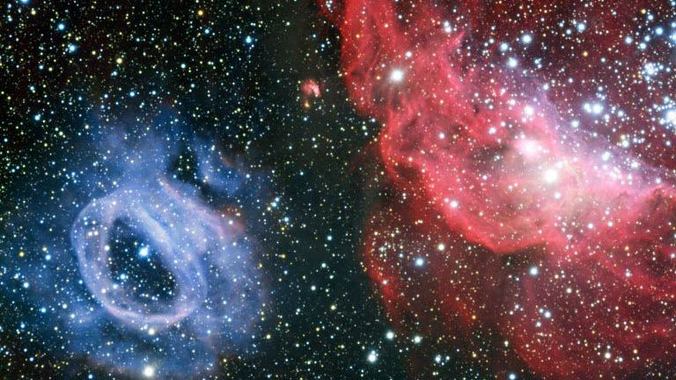 Can quantum biology help us to understand what distinguishes a bunch of molecules from a living organism? By Adriana Marais, a PhD candidate at the University of KwaZulu-Natal. #ScienceVoices

But gene sequencing suggests that the most primitive life, namely bacteria and archaea, have been evolving separately for as long as 4Gyr, despite the meteorite bombardment. Some of these early life forms may have survived near deep-sea volcanoes. Scientists have dated the oldest fossils of single-celled microbes to about 3.5Gyr, while the oldest evidence of more complex multicellular life forms — the precursors of plants and animals — is more recent, at about 2Gyr old.

In the meantime, life has become so prolific and so complex that humans have developed the ability to study life and its origins. But are we any closer to an answer? Can we pinpoint what distinguishes a bunch of molecules from a living organism?

In an intriguing experiment in 1953, Stanley Miller and Harold Urey at the University of Chicago showed that electrical sparks passed through a gaseous mixture of methane, ammonia, water and hydrogen could produce amino acids: the building blocks of proteins, which are a cornerstone of life.

But despite recent and remarkable work in viable DNA design, including the first successful introduction of synthetic DNA into an existing cell by geneticist Craig Venter and coworkers at the J. Craig Venter Institute in 2010, no one has yet been able to synthesise a living cell from its basic components.

All living systems are made up of molecules. The properties of molecules are given by quantum mechanics, which describes, often counterintuitively, phenomena on atomic and subatomic scales. The movement and behaviour of larger visible objects can be explained by Newtonian physics.

Living systems are open systems, constantly exchanging energy and matter with the environment around them. Conversely, closed systems are isolated and do not interact with their environment. Living systems are therefore fundamentally open quantum systems, since on the most basic level, atomic and molecular interactions determine how a living organism functions. But this level of complexity poses a huge computational challenge…Read the rest in the Mail & Guardian.

We ate McDonald’s in the name of science

Will the Woolies boycott work?