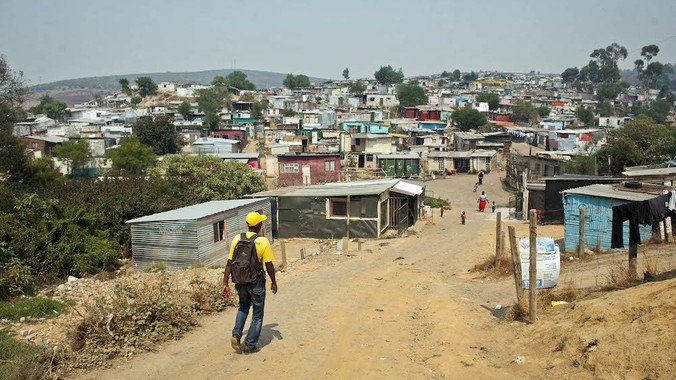 If you are poor and living in an informal settlement in South Africa, housing is a waiting game – if you qualify, that is. According to the most recent census data, more than three million people live in shacks in informal settlements, which equates to about 1.2-million households throughout the country. And the government’s subsidised low-cost housing programme – which has built more than 2.8-million houses since 1994 – struggles and fails to keep up, with a backlog of more than two million houses.

Some people who were promised houses 20 years ago are still waiting. The average waiting time is about eight years, depending on which province you live in.

Mark Swilling, academic head of the Sustainability Institute in Stellenbosch, says that, in 2011, he sat down with his students and asked: “‘What can be done while people are waiting?’ We wanted to orientate [our research] towards what the average shack dweller could do while they are waiting for the state.”

This gave birth to the iShack, a retrofitted, ecologically designed shack, developed and tested by Andreas Keller, a former master’s student.

With master’s and doctoral candidates undertaking research into sustainable sanitation, water, electricity and infrastructure, the institute produced the first iShack, a shiny metal structure standing slightly apart from the other shacks in Enkanini, near Stellenbsoch, in the Western Cape.

But the main feature of the iShack that gained traction in the township, which has anywhere between 5 000 and 9 000 people crammed together on hilly terrain, is electricity…

Lus for more? Read the full story at the Mail & Guardian.