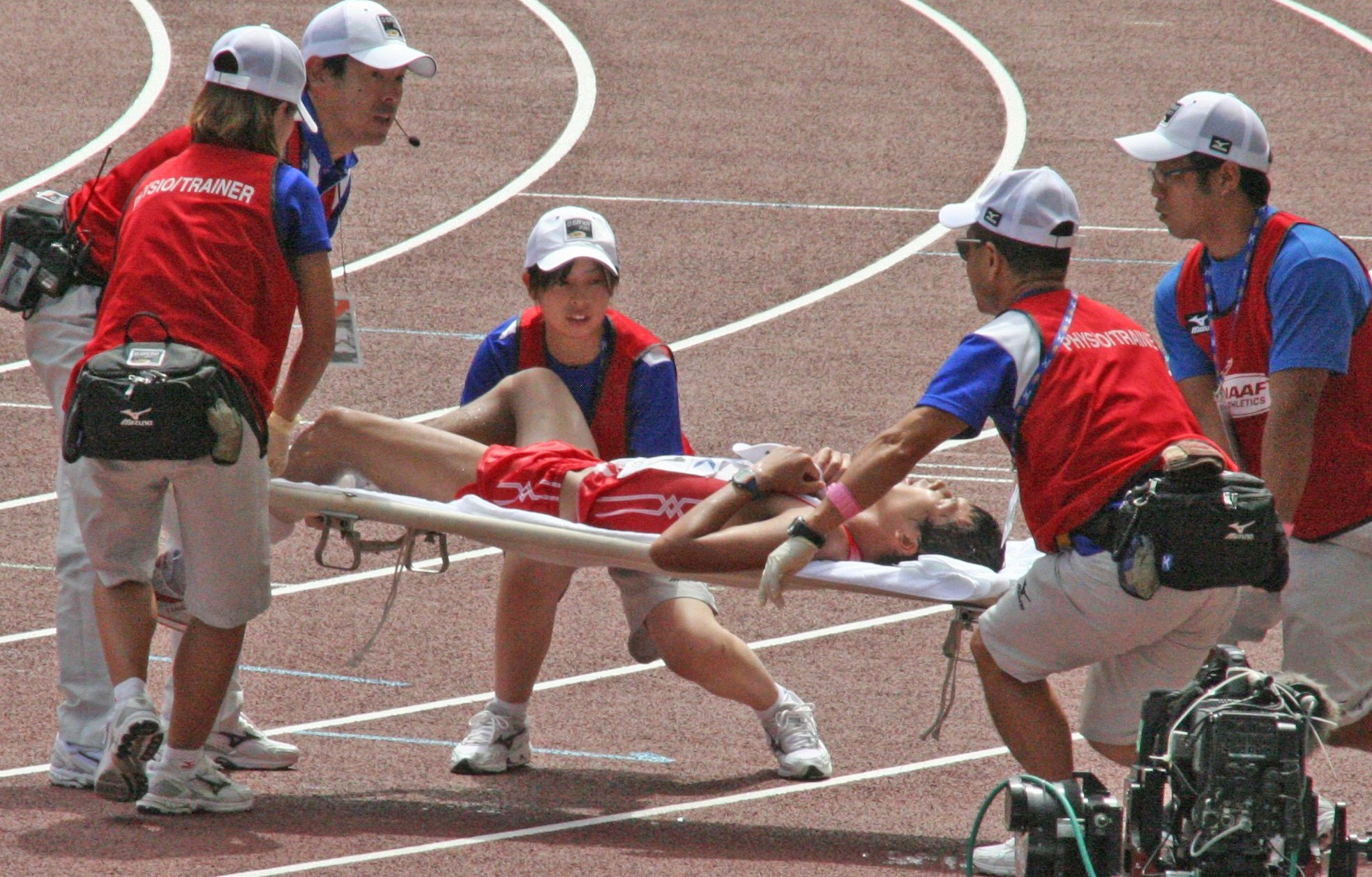 So what happens to former elite athletes once they become too old to chase their Olympic dreams, or have to retire because of forced injuries? Many of those who develop injuries such as osteoarthritis don’t take it well. This can lead them to feel distress and suffer from sleep disorders and alcohol problems. This is according to a study in the international journal Sports Medicine, which includes Prof Mike Lambert (@mikelambert01) of the University of Cape Town as one of the researchers involved. It is led by Nannet Schuring of the Academic Center for Evidence-based Sports Medicine in the Netherlands.

Osteoarthritis is the most common joint disease worldwide, and causes structural and functional problems in a person’s joints or cartilage. In the general population it can affect up to 20 % of men older than 35 years old. Among former elite athletes from various sport disciplines (ice hockey, basketball, handball, track and field athletes, power sport athletes, weight lifters, shooters and non-impact sport athletes), three in every five can have hip problems and up to 95 % knee problems. Of the 2218 former elite athletes (including rugby players, football players, cricketers, ice hockey players and participants in Gaelic sports) contacted by the research group of which Lambert was part, 624 completed online questionnaires. They were on average 36 years old, and were professional athletes for at least 10 years of their lives. Approximately 42 % of them did not end their careers as elite athletes voluntarily. About 60 % of the participants were working in a paid position for about 37 h a week.

The study found a significant association between osteoarthritis and symptoms of distress, sleep disturbance, adverse alcohol use and comorbidity of symptoms of common mental disorders among former elite athlete.

One in every three former elite athletes participating in the study reported that a medical professional had diagnosed them with osteoarthritis (mostly in the lower limbs).

“There was a significant association between osteoarthritis and symptoms of common mental disorders among the former elite athletes,” writes Shuring. “Consequently, it seems necessary to promote the appropriate management of this joint disease in former sportsman, not only for its physical consequences such as pain, discomfort and functional impairments, but also for its consequences related to symptoms of common mental disorders.”

Find out more about Mike Lambert: