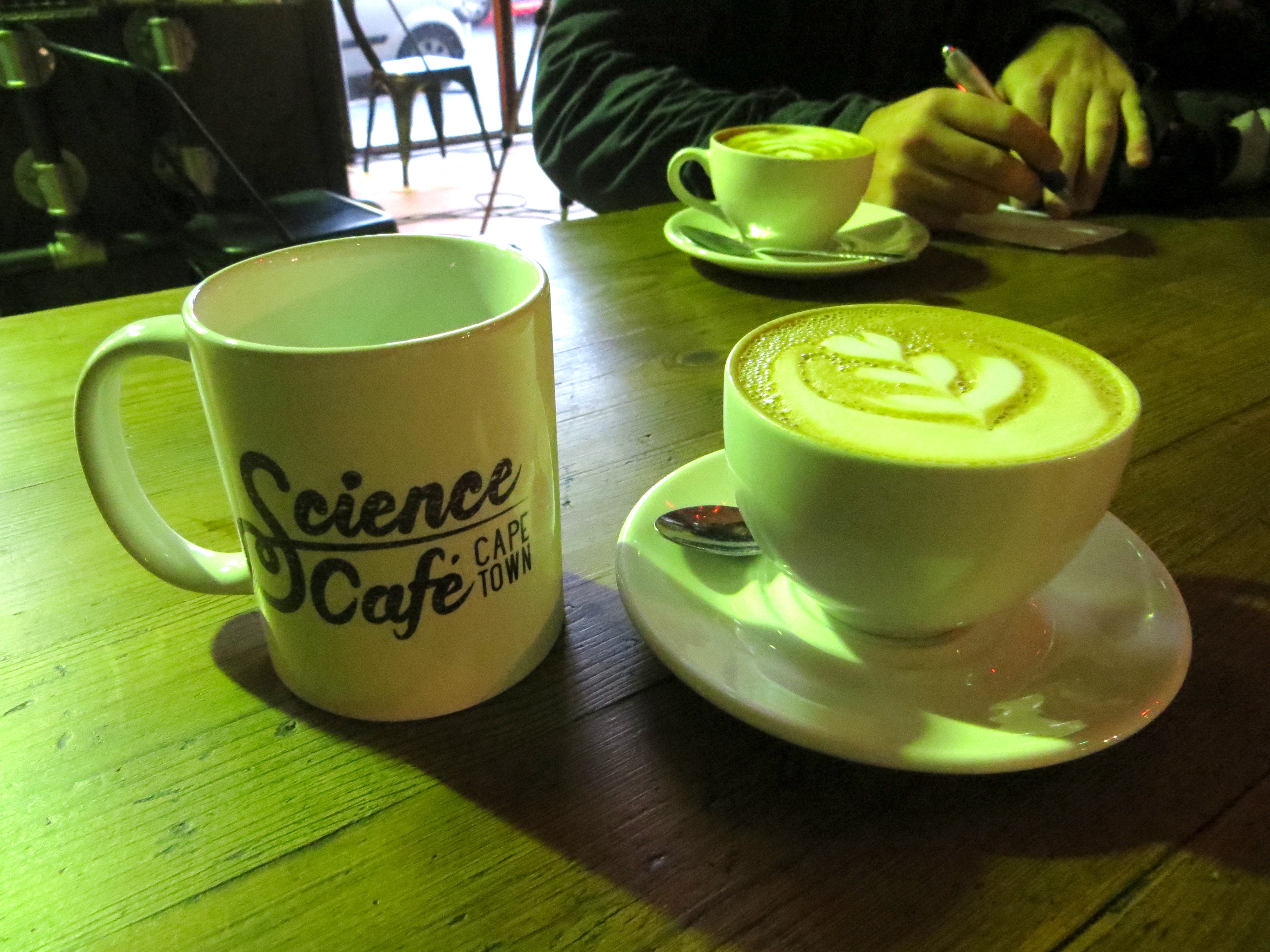 It is quite remarkable, actually, how often I hear this quote from Spiderman in relation to science and the work that scientists do on a regular basis. Funny, yes; but also accurate, enlightening, and insightful.

Those words could all be used to describe the speaker at the inaugural Science Café Cape Town event, held Thursday at Truth Coffee in Cape Town. Dr Simon Travers, a computational biologist at the South African National Bioinformatics Institute, was speaking about the future of medicine. According to him, it’s in your genes.

He put the crowd at ease straight away with a few self-deprecating remarks about his Irish heritage, before diving into a topic that could be considered daunting to some. However, he broke us in gently: starting from a very basic introduction to modern genetics, he gradually introduced the more complex ideas of genomic sequencing, genome wide association studies (known in the scientific world as a GWAS) and finally introducing us to the predictive power that we now have at our fingertips. A few comments on ethics and the growing role that genetic counsellors have to play, and the floor was open to debate.

As it turns out, debate was a bit more like discussion – not quite the beerbottle-flinging bunfight that Dr Travis had envisioned. But the crowd obviously had plenty to say, and over the next hour we were treated to intelligent comments and insightful questions from clinicians, scientists, everyday folks and even a genetic counsellor. Discussions were heard on very scientific aspects – what can we actually do with this information now that we have it – as well as concerns about legal and ethical issues. The idea of responsibility came up again and again in different forms. As genetic medicine moves forward, scientists, policy-makers and medical professionals all have a huge responsibility to the public to make the correct information accessible in an ethical and understandable way. Events like this one can only contribute to that process, and therein lies the value of the Science Café initiative.

Science Café Cape Town (@SciCafeCT on Twitter, Science Café Cape Town on Facebook) is based on a model for public discussions about science that has taken off in the US and Europe. The Cape Town-based organisation was started by three friends who are excited to raise the tone of public dialogue around the major scientific issues of the day. The events are certainly not aimed at scientists (although there were plenty of scientists there), but rather the interested public.

The evening was rounded off with a collection of answers to the question: “If you could screen a person for any trait at all, what would it be?” Answers ranged from serious (least body hair, diabetes) to humourous (great beard-growing ability) to completely outlandish (whinginess, sociopathic tendencies, lying). But it is a demonstration of how far genetic medicine has come that some traits like this can actually be measured – scientists can already test for something quite specific such as sensitivity to caffeine, or how you will respond to anaesthetics. Sadly, we’ll have to wait a few more years before we can tell if you’re a sociopath from your genetic profile.

Science Café Cape Town happens on the last Thursday of every month, and next month’s topic is “An African Perspective on Global Climate Change” (happening on 31st July). For more information, check out their Twitter or Facebook pages, or send them an email at sciencecafe.capetown@gmail.com.

Can we rid the world of mosquitoes? Should we?

Race ‘science’ resurfaces but not all is black and white