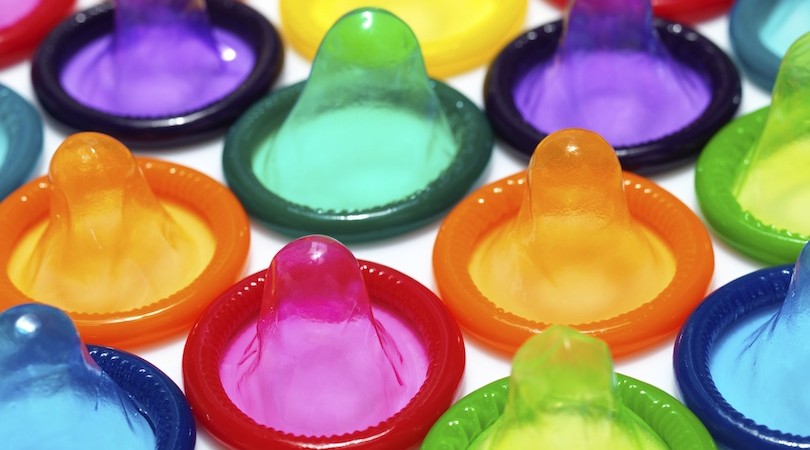 These three words can be terrifying in a country where over 12% of the population is HIV positive.

The responsible thing to do if the condom should break during sexual intercourse, or after any incident that might put one at risk of HIV infection, is of course to go and get tested. The sooner the better, right?

Unfortunately, it takes at least 5 weeks from infection, and often as long as 12 weeks, before current diagnostic tests can detect HIV infection.

This is largely because today’s HIV tests do not pick up on the presence of the virus itself. Rather, they detect the body’s delayed response in the form of antibodies generated in an attempt to fight off the virus.

The chance of a false negative during the first three months of infection is thus quite high, but patients don’t always return for a follow-up test after this window period.

What is needed to help prevent these false negatives is a diagnostic tool able to sense small amounts of the virus directly.

Professor Omotayo Arotiba and a team of researchers from the University of Johannesburg and the CSIR recently published a paper describing a new biosensor technology that has the potential to do just that.

The sensor is able to directly detect a glycoprotein molecule known as gp120, which is found on the surface of HIV’s protective coating.

Arotiba came up with the idea for the biosensor when he discovered that Dr Makobetsa Khati’s team at the CSIR were looking into a particular short strand of RNA, known as the B40 aptamer, as a potential drug to fight HIV infection. B40 had already been shown by other researchers to interact strongly with gp120, making it the perfect candidate to investigate as a possible therapeutic.

But Arotiba realised that the B40-gp120 interaction is also the perfect match for a diagnostic biosensor. “The moment biologists identify any bio-receptor and its target, we can, in theory, design a biosensor to detect that target,” explains Arotiba.

This is where Arotiba’s expertise in electrochemistry came in: the biosensor works by converting the chemical signal generated by the biochemical reaction between B40 and gp120, into an electrical signal, in this case current, which can be detected electronically.

To facilitate this conversion, the sensor is constructed in layers. At the bottom is a carbon electrode that enables the flow of electrons through the system.

Next, a special polymer layer is fixed onto the electrode. This polymer layer belongs to a special class of nanomolecules known as dendrimers, which, as Prof. Arotiba puts it, make biological molecules “feel at home”. This is important to ensure that they behave in the same way they would in their natural environment.

The dendrimer used is positively charged at neutral pH, so Arotiba and his team exploited the “opposites attract” principle of electrostatics to stick a negatively-charged molecule known as streptavidin on top of the dendrimer layer.

Streptavidin binds very strongly to another molecule called biotin.  Conveniently, biotin can be attached onto the end of any DNA or RNA molecule, B40 included.

In this way, the B40 aptamer sticks to the streptavidin thanks to its biotin backside, which in turn sticks to the dendrimer layer that is fixed onto the carbon electrode. And there we have it: expose the sensor to gp120, and an electrical signal corresponding to the amount of gp120 in the sample is generated.

Before the biosensor can be used in a real-life clinical setting, Arotiba’s lab will need to improve its sensitivity. In this preliminary study, the team were able to detect gp120 in concentrations within the nano-range, but the concentration of HIV in patients that have only been infected for a few weeks is even less than that.

Arotiba is confident that the sensitivity can be improved if a DNA-based aptamer can be developed and used instead of the RNA-based B40. DNA aptamers are easier to work with, more chemically stable and could be subjected to an enrichment process that would amplify the signal.

“In the best case scenario, these kinds of diagnostic kits could reach the market within four to five years,” he said.

In order for that to happen, Arotiba said he needs additional funding and  committed PhD students with a background in biochemistry or biotechnology, and a passion for solving Africa’s problems.

In parallel, the sensor equipment will need to be miniaturised into something easy-to-use, portable and battery-operated, so that it can be used in resource-poor settings.

“My philosophy in research is that it should help people,” said the Nigerian-born Arotiba, who also serves his community as a pastor. “This is a completely novel idea that would be easy to implement and would solve a lot of challenges for South Africa, so I am willing to dedicate my whole life to it.”

His postgraduate students are now also developing biosensors to detect cholesterol and urea. “They are getting excellent results. You see, the beautiful thing about biosensing is that the moment you get the platform right, you can just change the bio-receptors to detect different targets.”

Arotiba’s passion aside, biosensors make business sense. One study estimates that the global market for biosensors will be worth 12 billion US dollars by 2015; another predicts that by 2019, that number will shoot up to 18.9 billion.

Professor Omotayo Arotiba is based at the University of Johannesburg, where he leads the photo-electro-analytical chemistry research group in the Department of Applied Chemistry, and is the Director for the Centre for Nanomaterials Science Research.

Disclaimer: This article was produced for The Public Understanding of Biotechnology Programme based at SAASTA, a business unit of the National Research Foundation.

The Science Inside #37 – Service Delivery In South Africa

The future of healthcare is data-driven