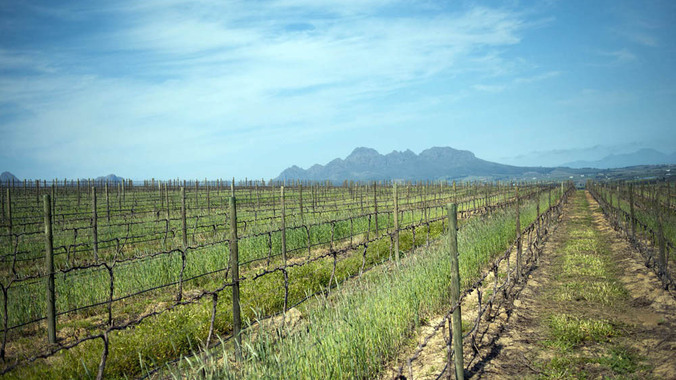 Every bottle of wine has a story to tell: of the ground it grew on, the varietal of grape that went into it, the wood of the barrel that held it. In the case of South African wines, it is also the story of how the fall of apartheid revitalised the industry and the science that underpins it.

“Before the lifting of sanctions [in the early 1990s], wine exports were almost nonexistent,” says Professor Florian Bauer, the former director of Stellenbosch University’s Institute for Wine Biotechnology. “The industry as a whole was in maintenance mode, without much investment in research or science.”

This led to a loss of skills, particularly the scientific skills “to drive quality production”.

“Some estates under apartheid had maintained a focus on quality, but the majority had high-yielding crops, rather than quality [products],” says Bauer, who is also the South African research chair for integrated wine science at the university.

The situation is very different today. The International Organisation of Wine and Vine says that South Africa produces 4% of the world’s total wine production, ranking as the ninth-largest producer.

In 2013, local wine producers made about R3.8-billion, according to South African Wine Industry Statistics.

Hanlie Smith, founder of a wine science laboratory in Stellenbosch, says, “because of apartheid, we were excluded … winemakers didn’t travel … [but] after 1994, we all started travelling … [and] brought back new analysis [techniques]” and different varietals and ways of making wine.

De Wet Viljoen, the cellar master at Neethlingshof Estate in Stellenbosch, says South Africa had produced good wines during the apartheid era, but the end of its international isolation “allowed the exchange and dissemination of information and science between countries”.

Viljoen, who has degrees in microbiology and viticulture, says science informs every stage of winemaking. “It’s science from the start. It’s very expensive to establish a vineyard, about R180 000 to R200 000 a hectare.”

First, the soil has to be analysed for its nutrient content. That, and the terroir, which relates to an area’s microclimate and geography, interact with the plant’s genetics and determine the varietal of grape that can be planted, among other things.

Grapevine roots can extend more than a metre, so soil conditions have to be just right all along the root system. Only then are the vines planted.

“It isn’t easy,” says Bauer, “but we try to understand scientifically what happens in this complex biological system … [winemaking] is about controlling biological systems and making them do the things you want them to do.”

Lus for more fresh science? Read further at the Mail and Guardian