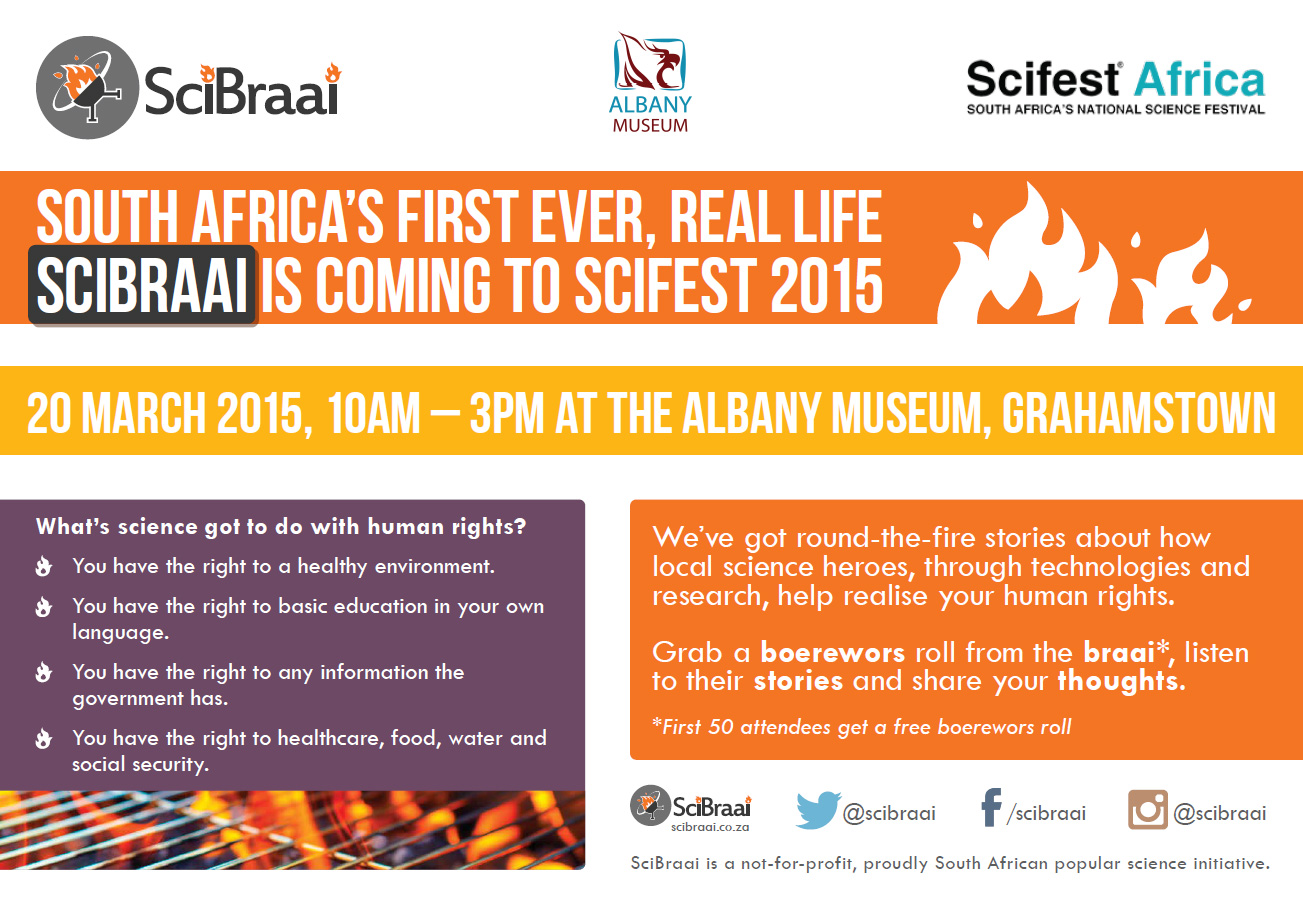 South Africa’s first ever, real-life SciBraai is coming to Scifest Africa 2015! Find out what science has to do with human rights on 20 March 2015, 10am – 3pm @ The Albany Museum, Grahamstown. For more info, or if you’d like to join as a speaker, email us: scibraai@gmail.com.

SciBraai is an independent, not-for-profit, proudly South African popular science platform. We started SciBraai with the aim of improving scientific literacy, as well as support for and an appreciation of research among the general population. It is currently a digital project managed by volunteers, but due to the lack of internet access in much of South Africa, we want to bring it into the real world.

So, what better place to host South Africa’s first real-life SciBraai than Scifest Africa in Grahamstown?

This pilot SciBraai event will be a mix between a Science Cafe, a “speed-date a scientist”, Famelab and telling a story around a campfire. There will be a real braai with free boerewors rolls, and a few scientists/speakers chatting to rotating groups of kids/adults, in their home language if possible.

We’ve invited good story-tellers as speakers – the idea is to relate some kind of narrative in which science has played a crucial (or very cool) role. The day after the SciBraai event is Human Rights day, therefore the event will be themed around how science and technology help ensure access to health, a healthy environment, education, information and other human rights.

The Albany Museum in Grahamstown has agreed to host the braai on Friday 20 March 2015 – we’ve partnered with them for the location, and Dr Helen James and her colleagues will share stories. Sarah Wild, Dr Robert Gess, Prof Janice Limson (and staff and students from the Biotechnology Innovation Centre), Prof Lorenzo Dalvit, Penny Haworth (Water World) and the SKA SA team have confirmed their attendance as well.

For more information about SciBraai, please visit scibraai.co.za. You can also find us on Facebook and on Twitter.