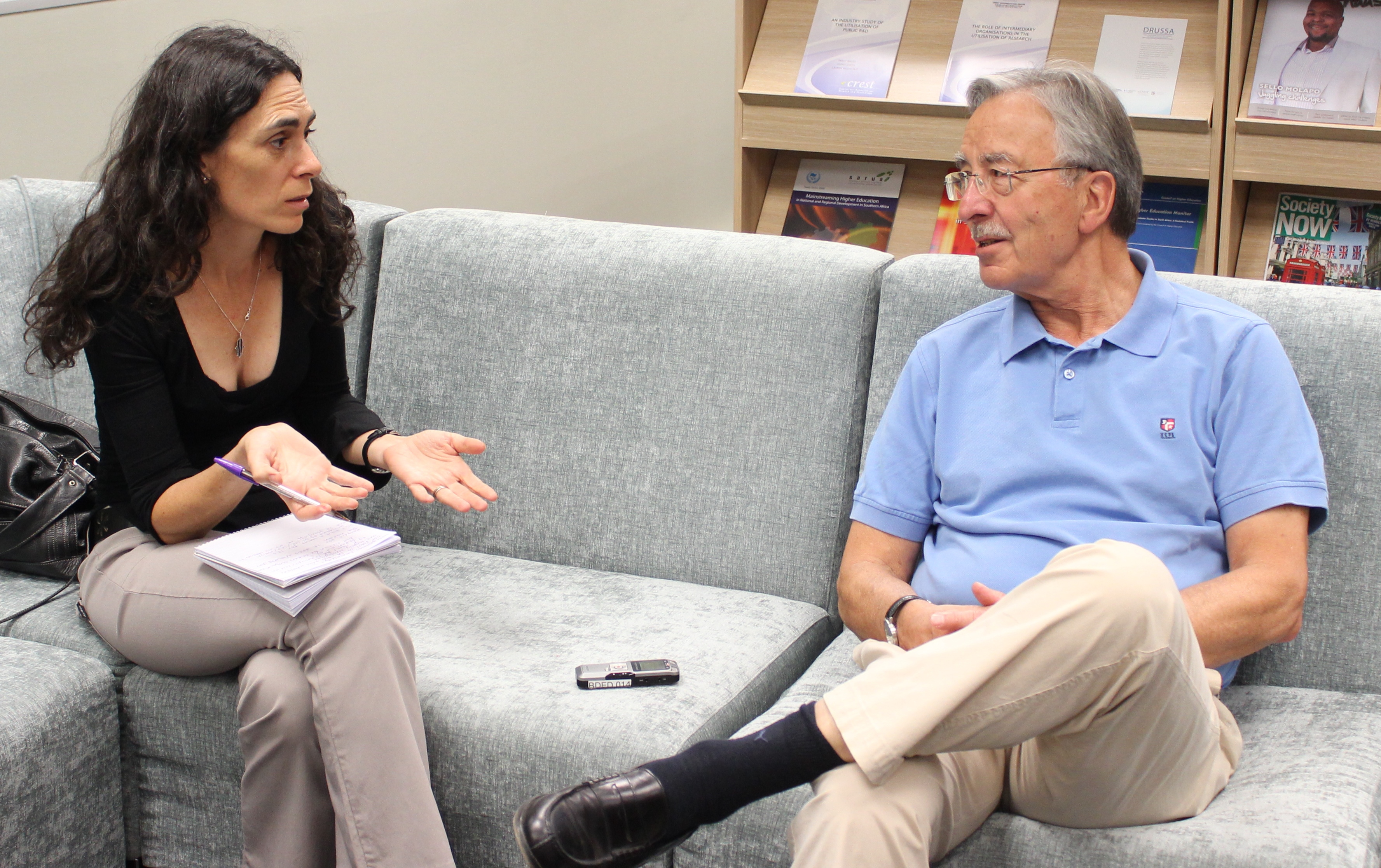 Trust in science as an institution is deeply rooted in modern societies, but it has to be questioned whether this is also synonymous with trust in science. How is it earned, and how is it also eroded?

These questions were posed by Prof Peter Weingart, Research Chair in Science Communication at Stellenbosch University (SU), at the first Science Fridays@Stellenbosch lunch time session. Hosted by the Centre for Research on Evaluation, Science and Technology at SU, it aims to increase dialogue about about science communication and how the public engages with science.

Prof Weingart provided an overview of how the cultural authority of science has changed over time, and how the public’s view of science has changed from seeing science as an object of wonder in the 18th century to admiration (second half of 19th century). He explained how the authority of science in the 20th century rests on the assumption that science as an institution operates with certain methods that make the knowledge thus generated reliable, credible and useful.

“I would hypothesize that the cultural authority of science not only stems from the material benefits that science and technology bring to societies, but also from the aloofness from political and economic interests that makes scientific knowledge claims more credible than political propaganda and commercial PR campaigns,” Prof Weingart said. “This aloofness supports and justifies science’s claim to be ‘objective’, and it is exemplified by its epistemic procedures: organized scepticism, peer review, the challenge of truth claims on their own terms without regard for their authors’ social status, various methodologies designed to control for or even rule out bias of observation and judgment and others.”

“Conversely, if the distance between science and politics or commerce is narrowed, as happens for example when scientists engage in political advocacy, that trust is quickly withdrawn.”

He talked about how scientists and policymakers became alarmed when products of science, such as nuclear energy and GM foods, met with public resistance and controversy emerged over certain truth claims such as the anthropogenic cause of climate change.

This “erosion of public trust” has given rise to the “public understanding of science” movement aiming to improve the image and acceptance of science among the general public, and a wide range of instruments to poll public opinion and measure public attitudes to science.

His view of events such as year-long science festivals and public science dialogues is that these are mostly PR campaigns aimed at an unspecific public aiming to arouse the public’s interest in science and to get public support for growing science budgets. But, he says, a higher level of interest does not imply a general unquestioned trust in science. “On the contrary, the more people know about science the more they are interested and competent to be critical of it.”

Prof Weingart then asked: “Why and to what extent should the public be engaged with science and technology at all?” He explained that to most people the world of science is unknown and strange. “Even those who have attended university before taking up a job know very little if anything about the culture of research, and the same may be said for the inside of academia: engineers know very little about social scientists and vice versa.”

“Rather than assuming one general homogeneous public our societies are characterized by highly differentiated publics with diverging interests, political convictions etc. It is highly unlikely that PR campaigns and education programmes will have the same effect on all these publics,” he said. “Instead, it is to be expected that some groups will support science and some groups will be critical of it. Different interests will even provoke different attitudes to varying disciplines and research programs without appearing as general distrust of science.”

Weingart explained that science as a policy arena is but one next to others and subject to political priority setting decided by the electorate. “Even if the scientific community has every good reason to promote a particular technical solution the sovereign may choose to decide against it.”

On the question of how trust is eroded, Prof Weingart noted that science commands most trust when it cannot be and is not identified with certain interests or advocacy on its own behalf.

He commented on the risk of the so-called “medialization” of science – universities investing heavily in professional marketing and PR to make science more visible as a means of building their own reputations. Not only does this mean that science is now subject to the same conditions as other forms of communication, such as competition for attention and short time spans, but it also risks science to be viewed as ‘interested’ communication with an associated loss in credibility.

Marina Joubert is a part-time researcher and lecturer at CREST.

The first ever, real-life SciBraai will be at Scifest Africa 2015!