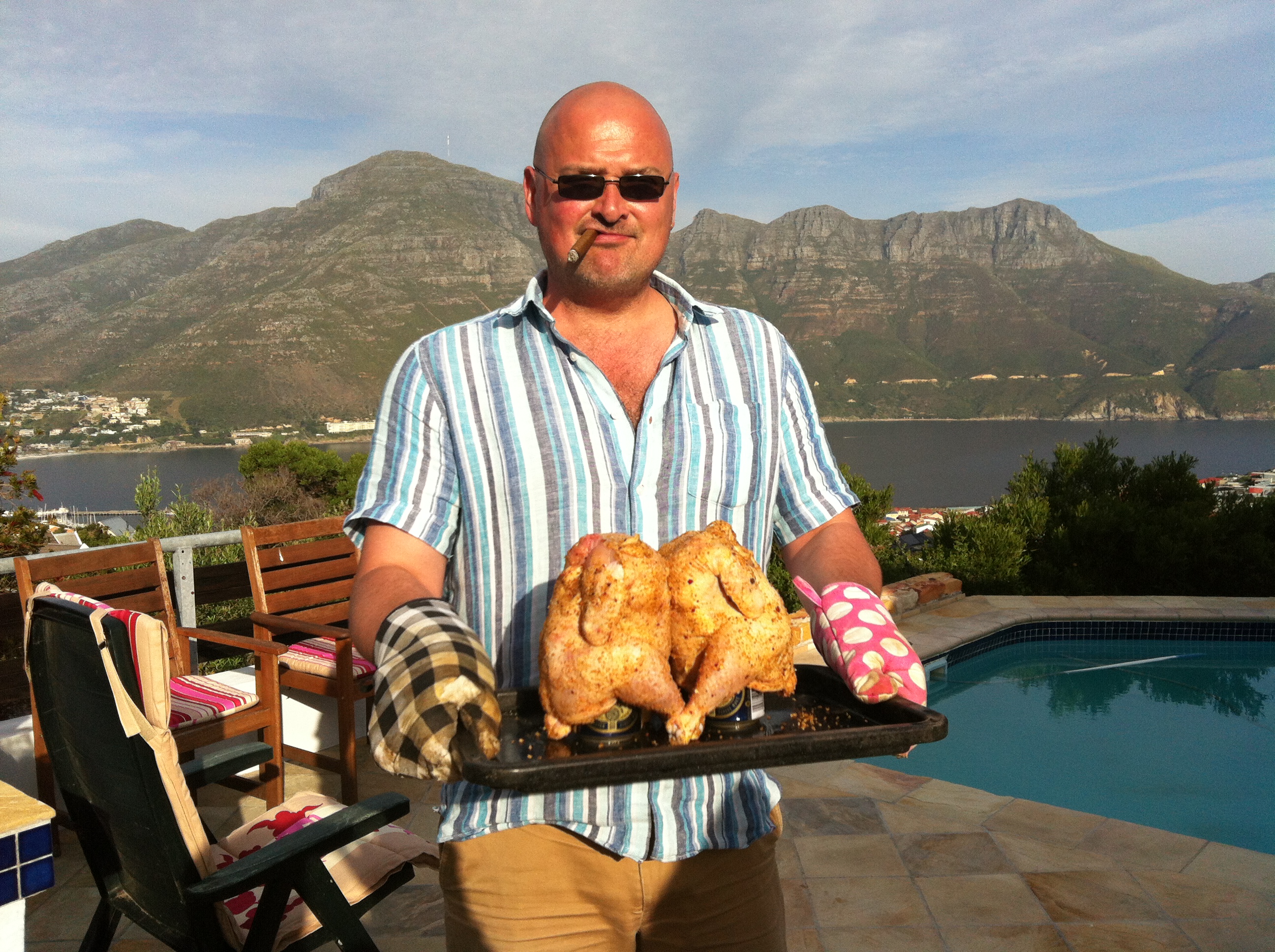 A satellite dish, that is.

“You can appreciate the difference between ‘involved’ and ‘committed’ every time you have eggs & bacon for breakfast: the chicken is involved, while the pig is committed,” says Professor Oleg Smirnov. “I am not involved in the SKA, I am committed.”

Smirnov holds the SKA Research Chair in Radio Astronomy Techniques and Technologies at Rhodes University. He is also the head of the new Radio Astronomy Research Group (RARG) at the Sqaure Kilometer Array (SKA) SA office in Cape Town.

His radio astronomy career began in 1999 at ASTRON, the Netherlands Institute for Radio Astronomy. The concept of the SKA had already blossomed by that time, so it has really always shaped Smirnov’s research.”You could say I owe my entire academic career to the SKA.”

He first got into science for the thrill of problem solving and now he enjoys training and watching young scientists experience that same thrill. Building and operating the SKA will provide many problems to solve for technicians, engineers, computer scientists, physicists and astronomers. And once the telescopes are built, many of these skills will flood into other sectors of South Africa’s knowledge economy, said Smirnov. His research focuses on calibration and imaging techniques and right now the field is experiencing a rush of new ideas. “Over the past decade we’ve been exploring and extending basically the same patch of ground, but now it really feels like we’re breaking through into completely new territory,” he said.

His highlight in recent astronomical findings is the discovery of many Earth-like planets. “And on a more parochial note,” he said, “the discovery by the world that South Africa is a major scientific destination, thanks to the MeerKAT project and the SKA site decision, is just as exciting!”

He says South Africans should be proud of hosting such a large scientific endeavour and that the public should be interested in the SKA. “Science is revealing fundamental things about the Universe and our place in it, how can anybody not be interested in that?” he asked.