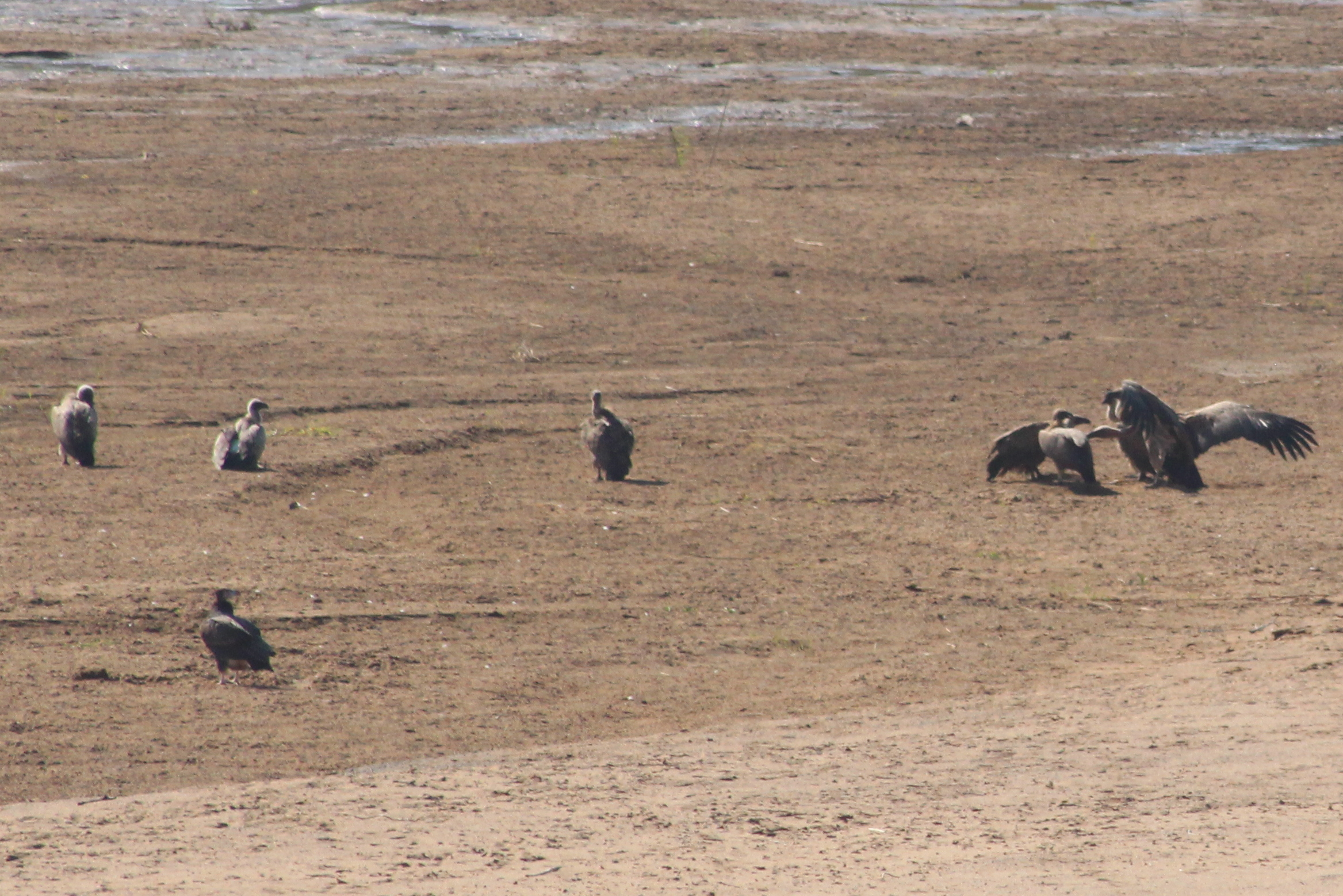 Poisoning is the chief menace but power lines, wind turbines and loss of habitat are also a threat to to Africa’s endangered vulture populations, writes SARAH WILD.

The vulture’s head sticks out of a bottle, its eye sockets sunken and face feathers ruffled from handling. The bottle stands among many others, although their contents are not as easily recognisable.

Mounds of herbs rise like hills from pallets on the floor, which are strewn with snake skins and gemsbok forelegs. It smells of strange earthy spices and curing meat. The Mai Mai bazaar in downtown Johannesburg is open for business.

Traditional medicine is one of the many threats facing the country’s and Africa’s endangered vulture populations, which also include poisoning, wind turbines and power lines.

“They [vultures] play an important ecological role,” says André Botha, the manager of the birds of prey programme of the Endangered Wildlife Trust (EWT). “When they disappear, people will [finally] notice.”

They are mainly scavengers and, with their very corrosive stomach acid, are able to digest the pathogens in carcasses. This inhibits the spread of disease, to both animals and humans.

Vusi, an inyanga (traditional doctor), sits next to his pallet at the market and business is slow on an overcast Monday with few people milling about.

“Vultures are very clever birds,” he explains. “It goes up very high – phezulu,” he points up to the metal roof, “and from there it can see and smell [the carcass] and comes straight down.”

That is why the brain is particularly important to traditional healers, which, Vusi says, is in demand.

It can be used to “open the mind” and make people smarter. “You sniff a bit [of dried, powdered vulture’s brain], you sneeze and it opens the mind to make you see more.”

Asked how much it would cost me, he holds his thumb and forefinger a centimetre apart. “You only need a little bit. That will be R100. A lot of people want it.”

The bearded vulture, “whose range in Southern Africa is restricted to the Maluti-Drakensberg mountains in South Africa and Lesotho, is classified as endangered and continues to decline in numbers”, SANParks says on its website.

It is estimated that there are only 2 400 breeding pairs of the Cape vulture, the only vulture endemic to Southern Africa.

“We think that about 160 birds are used and traded per year,” Steve McKean, a resources ecologist from Ezembelo KZN Wildlife, told the SANParks savannah science network meeting in the Kruger National Park earlier this year. “But we think it could be as high as 240.”

In a document for the EWT, he wrote that: “There are some 59 000 consumption events of vulture pieces annually in this region. The total annual value of sales of vultures to end consumers in eastern South Africa (excluding the costs of vultures as input costs) is estimated at R1 185 600.”

Botha says: “The rate of our decline is starting to lean towards that of Asia, but due to a wider spectrum of reasons.” In the early 1990s, an anti-inflammatory drug called Diclofenac was used on livestock in southern Asia, mainly Nepal and India, and was found to be poisonous for vultures that fed on the carcasses.

“The vulture populations [there] declined from 62-million to about 60 000,” Botha says.

But “it’s easier to address the problem if you have a single cause [as in Asia]”, whereas in Southern Africa vultures face “poisoning, power lines, persecution, loss of habitat, [and] the muti trade”, he says.

Regarding power lines and wind turbines, Botha says that the EWT engages Eskom and the department of environmental affairs to ensure that these structures are not erected in vulture habitats.

“For wind turbines, you know where the birds fly most and at what altitude. You can advise developers to locate plants where birds are less likely to fly,” he says.

But poisoning, whether for traditional medicine or by farmers, is the greatest threat to vultures.

Read the full article on the Mail & Guardian site.

Proteas turn blotchy when they have sugar cravings in the mornings