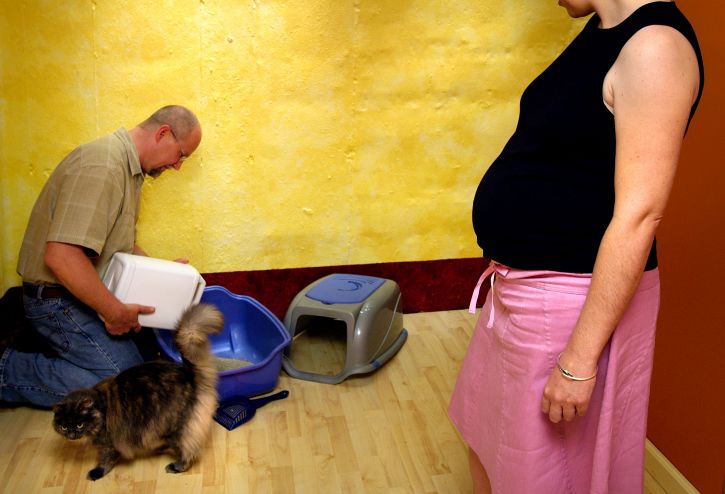 Kenneth Hammond-Aryee takes stock of the risks that toxoplasmosis holds for unborn babies, immune-compromised people such as those living with HIV/Aids, and people receiving organ transplants. This disease is linked to cats, and is caused by parasites,

“Say cheeeese.” Click, click, click goes the camera, as Kabaso* snaps picture after picture of the heavily pregnant Nubunthu and the presents surrounding her. It’s Nubunthu’s baby shower and all her girlfriends are here to make the occasion a memorable one. Nubunthu and Kathleko are expecting their first child after six years of being together. The twin cats, Daisy and Tabby, are happily playing on Nubunthu’s lap as she smiles broadly for the camera.

“It’s a girl,” shouts Chewe, and all the other girls start jabbering excitedly as they happily anticipate all the sleepovers and dress-up games they were going to have with the new addition to their circle

In walks Chewe’s mother, whom all the ladies affectionately call Dr Nel, and on seeing the cats playing with Nubunthu, she asks in a serious tone if they, or their cats, have been tested for toxoplasmosis.

For most people in South Africa, the answer to Dr Nel’s question will be “no”, because few get tested for this parasite.

Toxoplasmosis is a disease caused by the parasite Toxoplasma gondii, and about a third of the global population is exposed to this pathogen at any given point in time. Even though most infections are not severe in nature, in certain people with weakened immune systems, it can cause brain calcifications, malformations and, in some cases, may even be fatal. Those who are most at risk are unborn babies, immune-compromised people such as those living with HIV/Aids, and people receiving organ transplants.

Spores of the pathogen are shed by cats through their faeces, and then get spread into the environment through natural means. The disease can also be contracted through eating under- or uncooked meat, or through unwashed vegetables and fruits, or from contaminated drinking water. In rare cases organ transplantation and blood transfusion may also be a source of infection. It can also be transferred from mother to child through the placenta.

Researchers at the Faculty of Health and Medical Sciences did a survey in Cape Town from 2012 to 2015, to find out the prevalence of the parasite in certain communities. They took samples from women who had given birth two weeks earlier at two sites, namely the Kraaifontein midwife obstetrics unit and Karl Bremmer Hospital. Then they took samples from sheep on nearby farms, and from feral cats in the area.

They found that 30% of the women, 8% of the sheep and 59% of the cats had been exposed to the parasite. The researchers have also identified the predominant strains of the parasite that’s present here in the Western Cape. Now they are growing the parasite in local laboratories.

The good news is that if infections are identified early enough, they can be treated successfully. That’s why it’s very important for women who are pregnant or are planning to get pregnant, to be tested early, especially if they have cats in the family. It is also important to have pet cats tested at least once a year to ensure they stay uninfected or are treated immediately if they become infected. It is also advised that you wear gloves anytime you have to handle your cat’s litter box and wash your hands as often as possible.

Preventing infection is important especially for people who are HIV positive, or those who don’t know their status. The best ways to avoid infection is to make sure that that meat is well cooked, vegetables and fruits are washed very well before being eaten, and that drinking water is boiled, if you don’t know that the quality is good.

* Names have been changed.

* Kenneth Hammond-Aryee is completing his PhD studies in the Department of Biomedical Sciences in the Faculty of Medicine and Health Sciences at Stellenbosch University. This article was included in the 2015 edition of New Voices of Science, which features articles and photographs by PhD students of the University.

The future of healthcare is data-driven