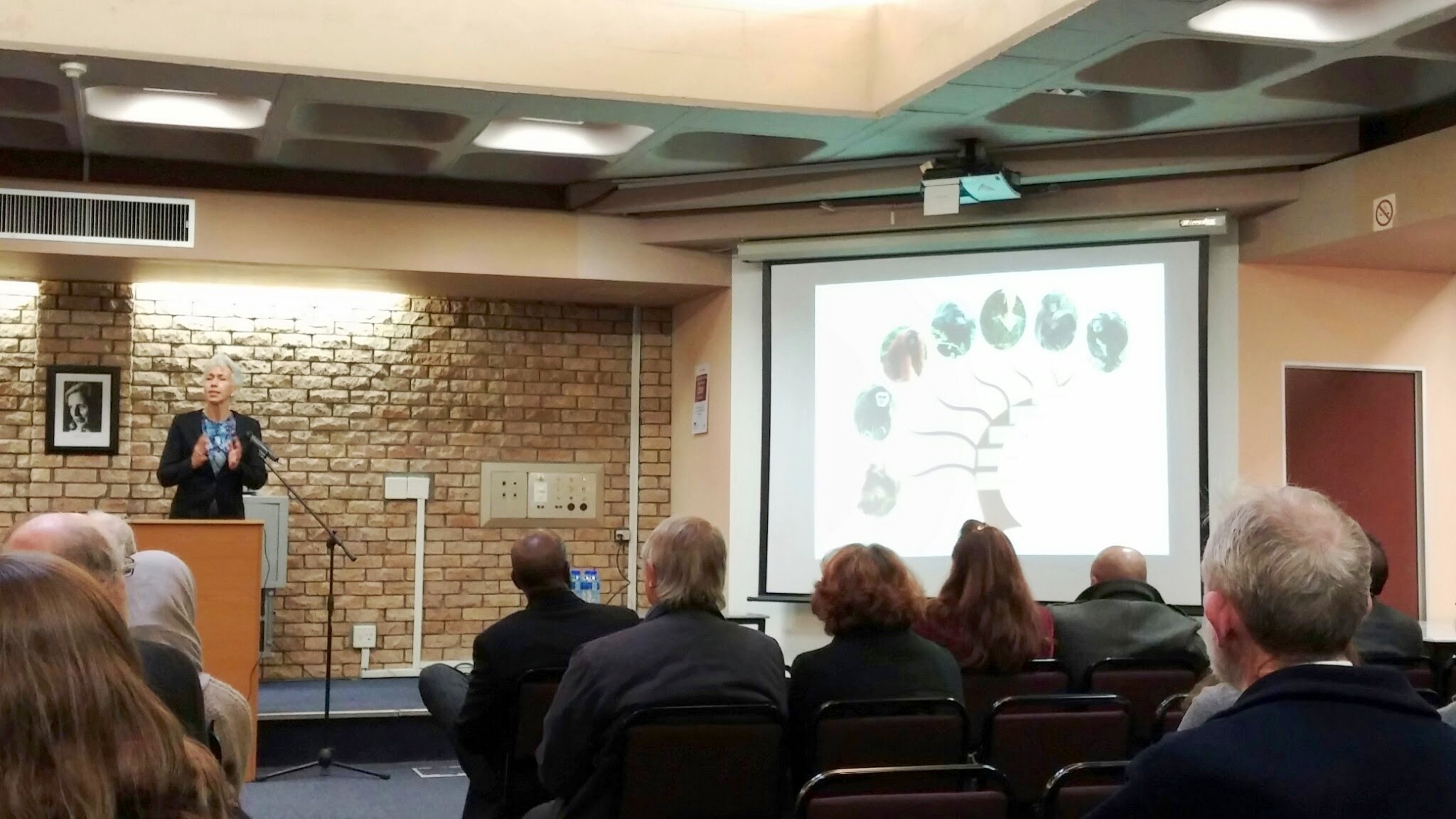 Forensics, facial recognition, psychiatry and eye health may not seem inherently connected. But they all have two things in common: they are all relevant to the public, and they are all grounded in basic science.

These were the topics of discussion at Thursday’s Science Awareness Day, hosted by the Department of Science and Technology (DST), Africa Genome Education Institute and the Division of Human Genetics at UCT Medical School. The day formed a part of the DST’s National Science Week programme, which ran from 2-9 August. Attendees of the event were treated to a wide-ranging discussion of these topics and more, in an effort to make scientific research more relevant to the public. Prof Raj Ramesar, Principal Investigator at the Division of Human Genetics, said that the day was inspired by the question ‘How does the research we do impact on everyday people?’

Claudette Medefindt, Deputy President of Retina SA, spoke about retinitis pigmentosa (RP), a heritable degenerative eye disease. She shared her experience as an RP sufferer, and as the mother of two children with RP. But she also spoke about the continuing research into this complex genetic disorder, as well as several new treatments and cures. It is an inspiration to researchers everywhere to hear how Claudette has come to terms with this debilitating disease by educating herself about the science behind it.

Prof Sean Kaliski of the Forensic Mental Health Institute spoke on the genetics of criminality. It was a fascinating and wide-ranging discussion that started by questioning our definition of crime, covered some evolutionary reasons for humans to retain ‘criminal’ behaviour as a species, and finally explored the recent genetic research into anti-social behaviour. His talk also highlighted the difficulties in trying to link specific genes to specific behaviours.

The keynote speaker for the event was Prof Nina Jablonski of Pennsylvania State University. She is an anthropologist who spoke about the importance of facial appearance in human society. Her lecture covered how our society evolved to use a broad range of non-verbal communication signals. One phenomenon that came up again and again in her discussion was that of ‘honest signals’ – unconscious gestures that we recognise and respond to when communicating face-to-face. She also raised an interesting point about cosmetic surgery – using Botox to hide aging actually impedes these honest signals and makes us less able to communicate effectively.

Other talks on the day focussed on DNA forensics in South Africa (delivered by Vanessa Lynch of the DNA Project) and science entrepreneurship (by Dr. Aisha Pandor of SweepSouth). Overall, the Science Awareness Day really underlined the relevance of scientific research to the general public, and served as a reminder to researchers of why they do what they do. Without the contributions of countless unnamed researchers to thousands of basic research projects, the knowledge and innovations that inspired these speakers would not exist. This is why scientific research is important.

For a more in-depth look at what the speakers covered on the day, you can check out this collection of tweets.

The doctor who saved 51 kidney patients