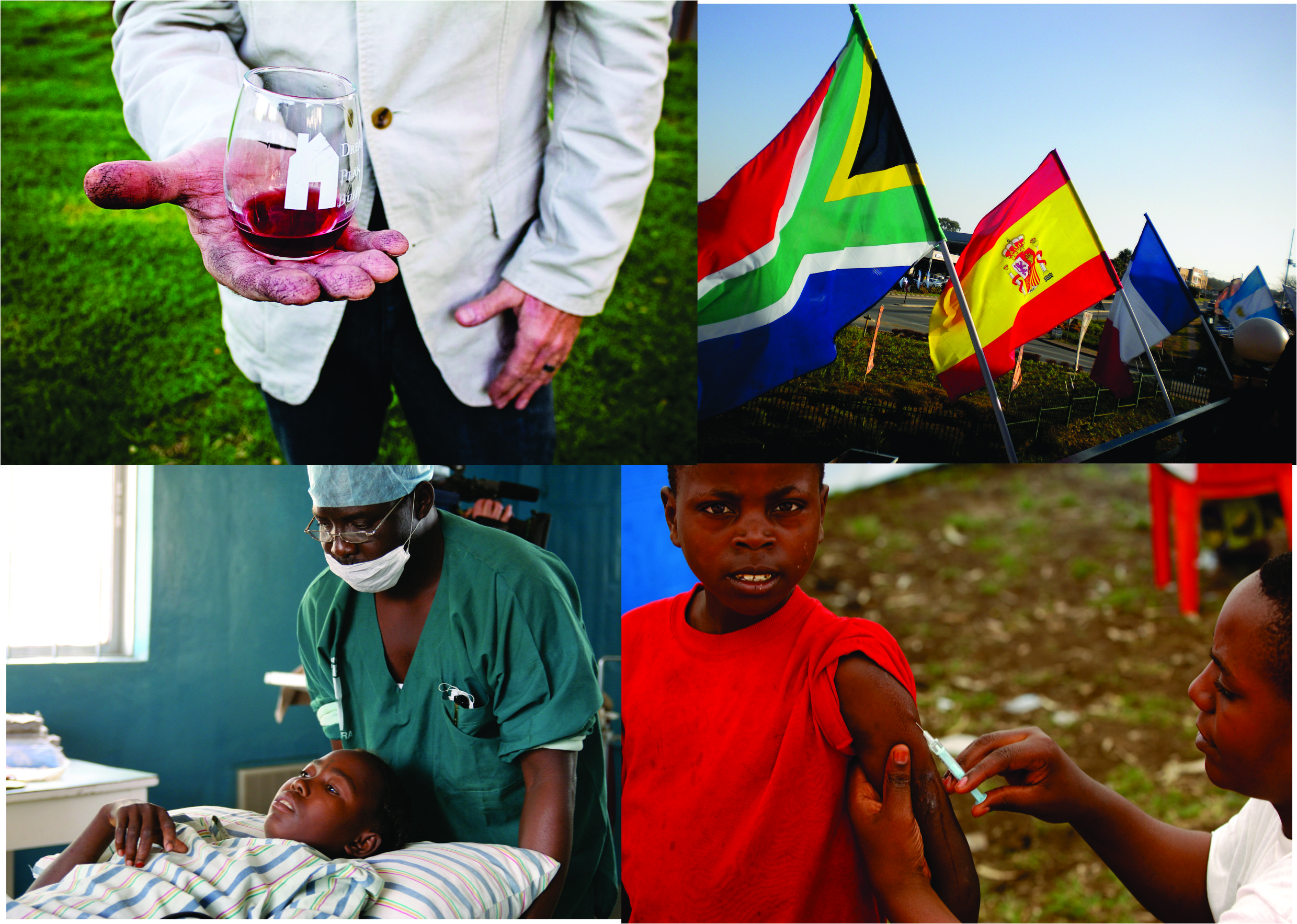 Where do winemakers go for advice? Well, sadly for all those oenologists working hard in the labs, winemakers prefer phoning a friend to asking the experts. This story, along with one about immigrants to South Africa being less prone to depression than locals, another on measles vaccinations and a last on the support given to SA healthcare workers have caught the SciBraai Eye this week. Winemaking done by word-of-mouth rather than through science

People often say that winemaking is a science. Well, where do winemakers turn to to keep up to date with the latest research and findings relevant to their work? Well, it turns out the Wynboer technical supplement in the wine magazine Winelands, wine information events and a phone call to a buddy in the next-door cellar generally do the trick. But just don’t expect most winemakers to attend postgraduate courses, read through science journals or the Winetech Scan publications.

These are among the findings of Nelius Boshoff of Stellenbosch University, in an article in the open source Journal of Science Communication about if and how South African winemakers use scientific research.

Boshoff found that scientific research generally do not reach the ears of winemakers through traditional information sources such as journals or conferences. “Fellow winemakers and the Internet are probably among the ones most likely to shape the average winemaker’s approach and to expand his or her stock of winemaking knowledge,” he writes.

He found that 64% of winemakers never read the Winetech scan, 60% never read international science journals, and 63% never look at reports from international research organisations. When seeking advice, more than half of the winemakers never consult staff at relevant research institutions in their field. More than 80% also never attend any postgraduate student seminars presented by Stellenbosch University, or for that matter, conferences in other countries.

Perhaps they tend to be more resilient; perhaps they are just more sunny by nature. Whatever the case might be, immigrants in South Africa seem to have fewer depressive symptoms than locals. This is according to a study in the Journal of Immigrant and Minority Health. It was led by Andrew Tomita of the University of KwaZulu-Natal and Columbia University.

Upon further analyses of the immigrant population itself, it was also that younger immigrants and those of black African ethnicity tended to have higher levels of depression. The reverse was true for locals, where younger people tended to be less depressed than older South Africans.

Overall, immigrants fared better than South African-born study participants in the depression outcome. While the finding is based on significant risk symptoms rather than a depression diagnosis, it is consistent with other American studies in that immigrants may be better off than natives with regard to certain mental health outcomes, including depression. Possible explanations include the protective effects of retaining cultural traditions and possible availability of positive coping sources, as reflected in the higher proportion of married status in these study participants compared to South Africans. Lastly, while there is limited data on the true prevalence of mental disorders in sub-Saharan Africa, a number of studies have suggested that depression in South Africa may be higher than in other African countries, for example Nigeria. Thus, lower rates of depression in foreign study participants’ home countries compared to South Africa may potentially explain the lower depression symptoms outcome in that group.

The researchers used the first wave of the National Income Dynamics Study to investigate links between immigration and depression among 15,205 participants. Depression symptoms were assessed using a 10-item version of the Center for Epidemiologic Studies Depression (CES-D) Scale.

Reference: Tomita, A. et al (2014). The Relationship Between Immigration and Depression in South Africa: Evidence from the First South African National Income Dynamics Study, Journal of Immigrant and Minority Health

A large-scale survey of South African healthcare workers has revealed major gaps in workplace protection against tuberculosis, HIV and hepatitis, according to a Canadian health researcher.

Preliminary results of the 2012 baseline survey of more than 1000 healthcare workers in three hospitals showed that more than 68% of patient care staff had never been screened for TB; nearly 20% were not vaccinated against hepatitis; and 55% did not wear respiratory protection when needed.

Despite South Africa’s high TB and HIV rates – 18% of our adult population is HIV-positive — and risk of hepatitis transmission, recapping of used needles before disposal and washing and reusing of gloves were common, with more than 20 per cent surveyed reporting needlestick injury or unprotected exposure to bodily fluids.

Presenting findings at the recent 2014 annual meeting of the American Association for the Advancement of Science (AAAS), Dr. Annalee Yassi of the University of British Columbia in Canada said issues such as confidentiality, stigma, technological capacity and staff training need to be addressed while improving hospital resources and protocols.

The recent resurgence of measles in seven southern African countries have highlighted how challenging it is to eliminate this disease most commonly associated with children – and the need for ongoing vaccination strategies to curb it.

This was highlighted in a new study in the journal Vaccine, led by Messeret Shibeshi of the World Health Organisation in Zimbabwe that looked at the spread and epidemiology of a recent southern African measles outbreak in 2009.

A measles mortality reduction strategy was started in 1996, and saw the number of annually reported measles cases decreasing sharply to less than one per million people during 2006–2008. During 2009–2010, large outbreaks that included cases among older children and adults were reported in seven southern African countries. It started in South Africa and Namibia in mid-2009 and in Botswana, Lesotho, Malawi, Swaziland and Zimbabwe by early 2010.

The measles virus genotype detected was predominantly genotype B3.

Nature may hold key to HIV treatment, but only through rigorous research