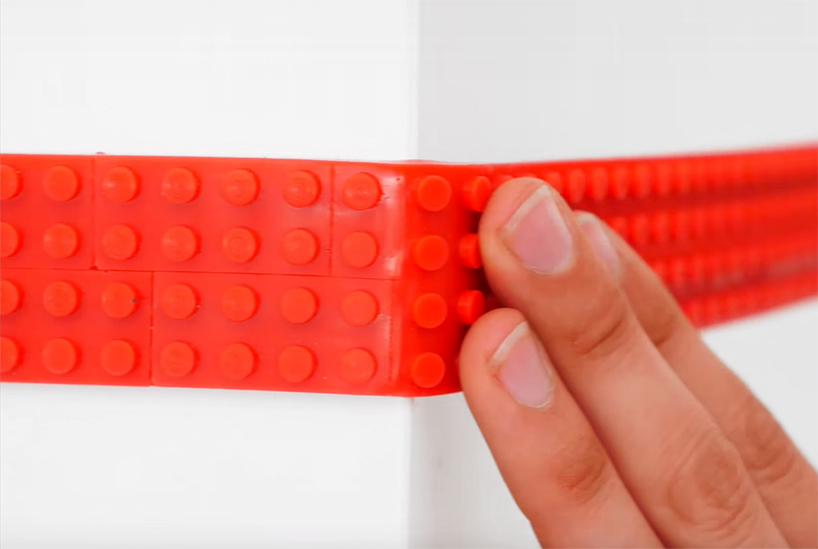 Did you know that the creators of an adhesive tape with LEGO-compatible studs are from Cape Town? Clinton Matos of HTXT Africa has the full story.

In the past few days the world has become enamoured with the Indiegogo campaign for Nimuno Loops – an adhesive tape with LEGO-compatible studs that promises you the ability to stick bricks to any flat surface.

While everyone is now familiar with the product and the company behind it – Team Nimuno – they may not know that the people behind the project are from Cape Town, South Africa.

Creators Max Basler and Anine Kirsten work for Chrome Cherry Design Studio (CCDS) with Team Nimuno being a division of that company.

On the Indiegogo page you may notice that Team Nimuno is listed in New York in the United States. The team correctly predicted that the US would be a much larger audience and made the temporary move to account for this.
“Anine and I both live and work in Cape Town, so you can be rest assured that it is a South African idea and designers. We knew that one of the biggest markets for this product was in the USA so Anine has been staying at friends in New York & pushing our campaign from there,” Basler said, “This is also part of the reason that we launched with New York as the base for the campaign, and we had the option to do so as one of the Directors of CCDS lives in New York.”
Despite the now international nature of the product, anyone can get it thanks to the worldwide shipping at every backer level.

Estimated delivery for the backer rewards is July of this year with  Team Nimuno understandably under the gun after the immense initial success of the project.

“In all honesty I thought we’d get our target and maybe some extra because so many people know and love playing with LEGO blocks, but it far exceeded my expectation. The past 2 days have been a bit of a scramble trying to get on top of emails, and we’ve had to bring in some extra hands and heads to help manage the influx of questions, orders, and media,” Basler said, “It’s truly one of the most exciting things to look forward to having to deal with and [I] am revving to get all our pledges fulfilled in a timely manner.”
previous post