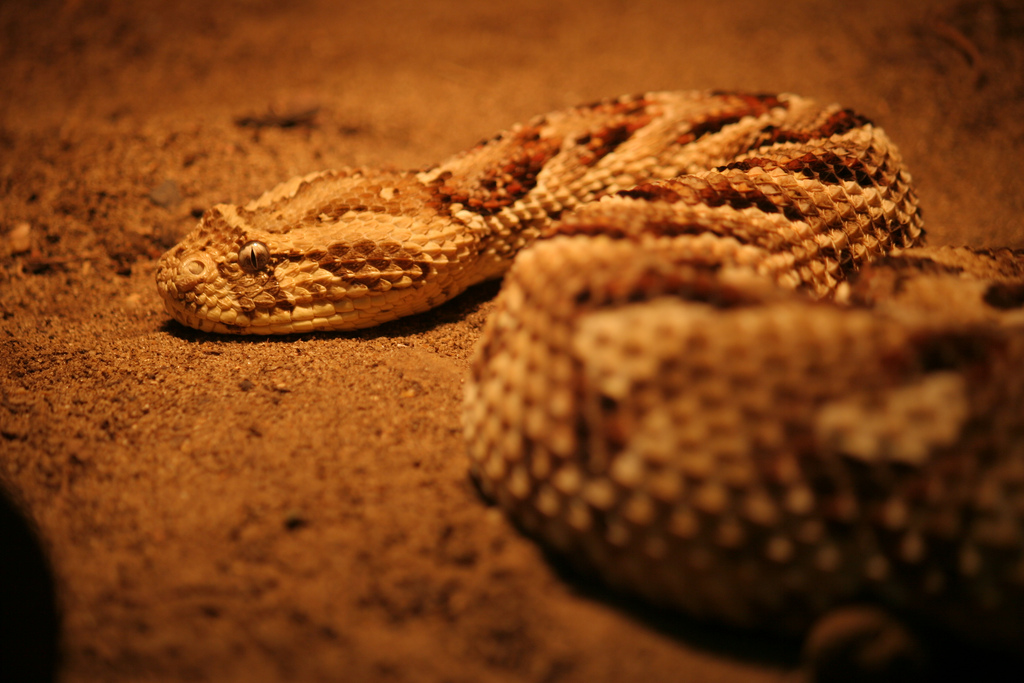 Puff adders display diverse predatory strategies. This shows they have higher cognitive abilities than previously though. This is according to University of the Witwatersrand researchers Xavier Glaudas and Graham Alexander, via The Conversation Africa.

Predators use a variety of strategies to increase the odds of capturing prey. An amazing example involves the use of luring behaviours, which are aimed at increasing a predator’s foraging success by attracting potential prey to within striking range.

Luring behaviours result from an evolutionary adaptation referred to as aggressive mimicry. This typically includes a predator (the mimic), a model organism (the model), and a potential prey (the dupe). A classic example, the North American alligator snapping turtle wriggles a pink, fleshy structure located on the floor of its mouth, which presumably resembles a worm (the model) to deceive fish (the dupes). This attracts fish and facilitates their capture by the turtle.

Luring also takes place on land as we found in a recent study examining the foraging behaviour of free-ranging snakes. Our study on the foraging in puff adders – one of Africa’s most widespread, iconic, and medically important snake species – is unique in several ways. But more of it later.

As part of our study we used radiotelemetry in conjunction with fixed videography to study foraging in puff adders. Fixed videography is a technique that involves continuously recording behaviours of subjects for later analysis.

Puff adders are ideal subjects for such studies because they use specific ambush sites where they lie in wait for prey for extended periods (sometimes days or weeks). This allowed us to setup tripod-mounted surveillance videocameras to record foraging of wild puff adders in their natural environment so that we could record natural predator-prey interactions.

We recorded nearly 5,000 hours of puff adder foraging behaviour in the Dinokeng Game Reserve in South Africa’s Gauteng province. It showed that to attract prey to within striking range puff adders used two techniques: they extended their tongues (lingual luring) and also waved their tails (caudal luring), apparently to mimic an invertebrate model such as a worm or caterpillar.

Lingual luring happened solely in response to the presence of frogs indicating that this behaviour is a frog-specific hunting technique. This suggests that puff adders can visually discriminate amphibians from small mammals, lizard, and birds – even at night when most of the hunting takes place.

Luring behaviours have been reported previously in other animals. For example, in addition to the alligator snapping turtle, the snowy egret and four species of semi-aquatic snakes from North America are known to use their tongues to lure fish.

Caudal luring has also been observed in many species of snakes, in some species of lizards, and the aquatic larvae of some dragonflies.

But our study is the first report two lures in the same organism. It is also the first to report lingual luring in a predator foraging for terrestrial prey – all other cases involved fish as prey. And this is the first record ever of puff adders luring.

We are not sure what puff adders were trying to attract with their caudal-luring since there was never any potential prey in the camera’s field of view. Although we can’t provide conclusive evidence, we believe the reason for this behaviour is to lure prey because it’s been recorded in other snakes species.

Our study shows that puff adders display diverse predatory strategies and complex decision-making process to catch prey. This demonstrates that they have higher cognitive abilities than most people would expect of a snake.

Second, the puff adder is commonly kept in captivity for antivenin and for public display. Yet neither lingual nor caudal luring has previously been reported for the species. This shows that that even common species of snakes are often not as well-known as commonly assumed.

* Xavier Glaudas is a postdoctoral fellow of the School of Animal, Plant and Environmental Sciences at the University of the Witwatersrand, while Prof Graham Alexander is a professor of Herpetology, also at Wits.

This article was first published in The Conversation Africa.

A rethink about giraffes