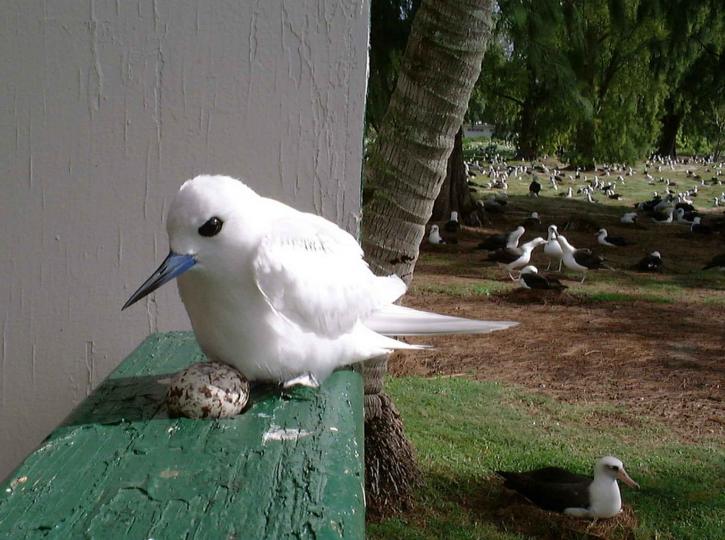 When it comes to the breeding success of common white terns, “artificial” seems to be better than “natural”. This is the results from a study conducted by researchers from the University of KwaZulu-Natal and colleagues in the Seychelles. Their findings about how well hollowed out coconut husks work as nests are published in African Journal of Marine Science.

Common white terns (Gygis alba) frequent tropical island such as the Seychelles, and are sometimes also found on South African islands. They only produce one egg at a time, which they balance on rocks or branches. Consequently they stand the very likely risk of not being able to successfully raise a chick during nesting season.

A plan was made to hollow out coconut husks and toproviding artificial nest sites was developed on Cousine Island in the Seychelles. The researchers then set out to see if it works.

“Our results support the use of artificial nest sites to improve nesting success for this species and serve as a model for similar species currently under threat,” says study leader Lesley Hart of the University of KwaZulu-Natal.

Most natural nest failures occurred during the egg phase (70%), followed by the youngest chick phase (21%). Of the eggs that hatched in natural nests, 61% fledged successfully.