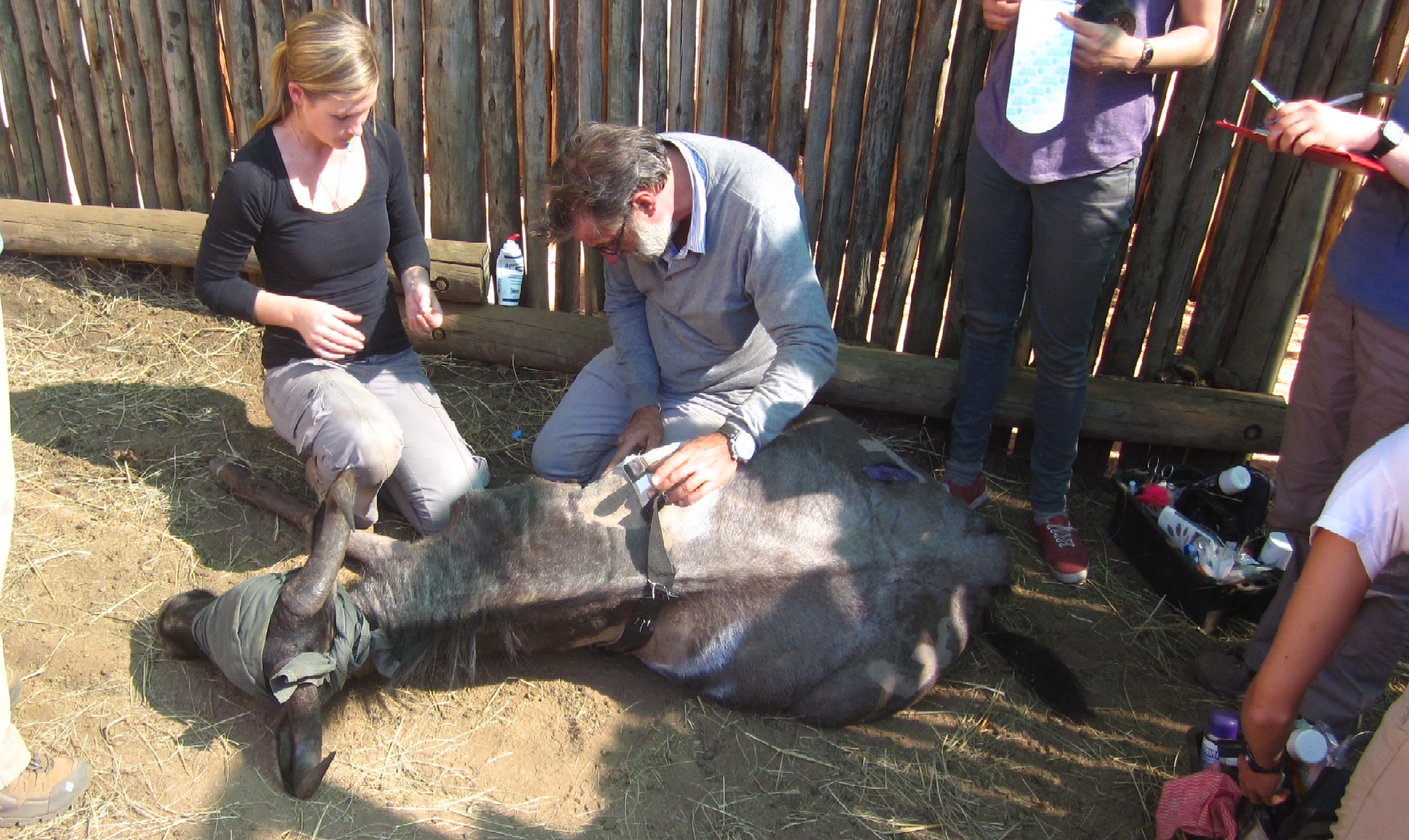 So just how stressed are blue wildebeest when they are kept in a boma? If you’d like to know the answer, ask Dr Liesel Laubscher of Komatipoort.

She used infrared video recorders and biotelemetry belts used by athletes to find out just exactly that, as part of her doctoral research in animal science at Stellenbosch University.

About 300 000 wild animals are successfully relocated in South Africa every year. When things go wrong, it often leads to injuries or even the death of the animal, and can become a costly affair. Therefore wildlife experts such as Dr Laubscher do ongoing research on the translocation of animals.

Actually Dr Laubscher wanted to compare the effect of two long acting neuroleptics on blue wildebeest (Connochaetes taurinus). These tranquilizers are often used to keep wild animals calm before being moved and transported over long distances. They have no effect on the animals’ reflexes or ability to move. One of the drugs has been used in the game translocation industry for a number of years, while the other is still under development.

To run her tests, Dr Laubscher first had to gather data about the animals’ stress levels when they roam freely or when they are kept in a boma. This was easier said than done, because data about typical indicators of stress such as breathing rate, heart rate and movement were not available for these animals when the study began. Her research has now made such baseline data available to the wildlife industry and other researchers.

Dr Laubscher decided to use biotelemetry belts similar to those that athletes use to monitor their body functions. Similar ones are used in the horse racing industry.

To get the right one that works best on blue wildebeest was however a whole process in itself. Dr Laubscher first had to fit and test several models.

“It was important to find one that fitted comfortably, could record data accurately and thanks to Bluetooth technology could send the information to a phone or laptop,” she explains.

Two infrared CCTV cameras also carefully recorded the animals’ behaviour inside the boma before and after the sedatives were administered. In this way, Dr Laubscher for the first time ascertained exactly what these animals do in captivity. She also established how their heart and breathing rates differ when they, for example, graze, lie down or shake their heads in frustration.

Her tests on the neuroleptics delivered good results. She found that the animals that received either of the two tranquilizers breathed more slowly and did not easily flee from people who entered the boma. The drugs do not affect the animals’ heart rate. They calm the animals and make them less vigilant. Animals treated with one of the neuroleptics were less curious and restless, and spent longer times feeding.

Her research formed part of efforts by the South African Research Chair in Meat Science: Genomics to Nutriomics to add scientific knowledge to the activities of the local wildlife sector. Some of her findings have already appeared in journals like Zoo Biology, African Journal of Wildlife Research and the Journal of Zoo and Wildlife Medicine.

Her study leaders were Prof Louw Hoffman of the South African Research Chair in Meat Science: Genomics to Nutriomics at SU, Dr Neville Pitts of the University of the Witwatersrand and Dr Cobus Raath of Wildlife Pharmaceuticals SA (Pty) Ltd.