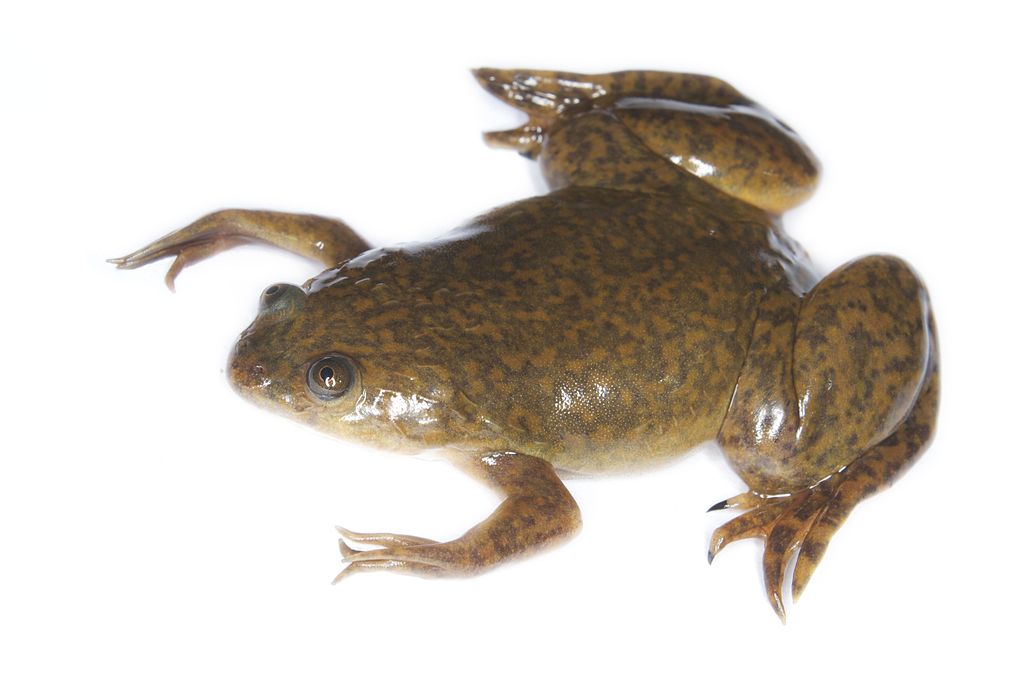 Local water researchers turned to the study of African clawed frogs and Mozambique tilipia fish to understand how and if environmental chemicals in our rivers could be influencing the working of our hormones.

Concern has been expressed as with regards to the health of wildlife and humans as a result of exposure to especially pesticides present in freshwater systems. International reports have linked pesticides to human health concerns. Some of the ingredients in the more than 500 types of pesticides used in South Africa have been identified as so-called endocrine disrupting chemicals (EDC). These have the potential to interfere with the hormone systems of humans and animals.

Laboratory tests and field studies were conducted in the Stellenbosch area, Upper Olifants River and Loskop and Flag
Boshielo dams in the Olifants River system.

Adult male African clawed frogs were exposed in the lab to three different, non-lethal concentrations of two selected herbicide formulations. Overall the frogs did not show clear adverse reproductive or thyroid effects following exposure to the herbicide formulations (even though the exposure concentrations were rather high). This preliminary research confirmed that differential sensitivity between life-stages should be considered when doing experimental exposures in the laboratory.

After considering additional data linked to nutritional status, indications are that the higher thyroid activity associated with Loskop Dam fish may be partly due to over-nutrition, rather than causing it. These data therefore does not suggest a direct link between thyroid disruption and incidence of pansteatitis in Loskop Dam tilapia.

“Field collection of sentinel species proved to be valuable, but remains a complex system to understand and confirm direct links to endocrine disrupting activity being the origin of compromised physiological systems,” reads the report.

The project team believes that the linking of endocrine disruption caused by pesticides to ecological risk assessment models proved to be a bridge too far to cross.

The report reads: “Pesticides, including insecticides, fungicides and herbicides, could interact with reproductive as well as thyroid endocrine systems, and a single chemical may interact with more than one system at a time. Modes of action associated with
insecticides and herbicides varied and individual chemicals or formulations needs comprehensive testing to predict the
potential for endocrine disruption. Fungicides, on the other hand, were mostly associated with anti-androgenic activity, either by inhibiting binding of male hormone to its receptor or by inhibiting the activity of the enzyme 5α-reductase.”

It goes on to state: “Laboratory studies proved valuable to perform first-tier screening for potential endocrine disruption activity of
individual pesticides and mixtures of pesticides. However, in vivo exposure experiments are needed to validate modes of
action and understand real health implications. Mixture exposure experiments, on the basis of the dose addition hypothesis, may be helpful to make accurate predictions if the mode of action on the particular endocrine system is the same. But, when conducting in vivo exposures this prediction did not always hold.”