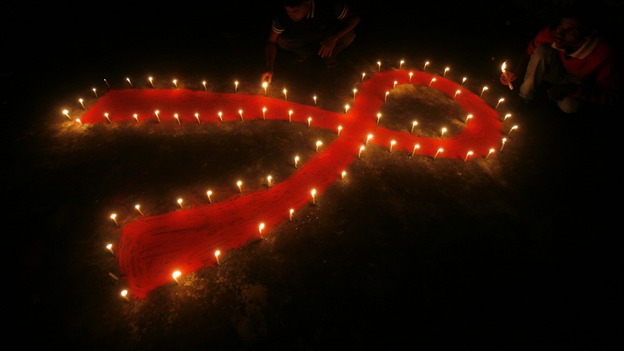 It’s a question that has baffled many an AIDS researcher: why do antiretroviral therapies (ARVs) not in all cases stop breastfeeding HIV positive mothers from transmitting the virus via their breast milk to their offspring? A new study by researchers of the University of KwaZulu-Natal and the University of Montpellier has now confirmed that a common herpes virus called Cytomegalovirus is one of the possible culprits.

The study, led by Johannes Viljoen of the Africa Centre for Health and Population Studies at the University of KwaZulu-Natal, is published in the highly influential scientific journal AIDS which features research related to HIV/Aids. The study was part of a larger intervention programme in KwaZulu-Natal that focused on the use of different forms of infant feeding within a rural setting.

The Umkhanyakude district in the northern parts of the province is one of the areas worst affected by the HIV/Aids pandemic, and has some of the highest prevalence figures in the world. Women were enrolled into this study prior to the national ARV roll-out in South Africa in 2005, and thus did not receive ARVs.

Viljoen explains that the Cytomegalovirus is carried by most South Africans. Once contracted, it always stays in a person’s body, where it is stored among others in the mammary (or breast) glands. In general it does not cause any symptoms. It is among others commonly found in breast milk.

The research team found that a mother whose breast milk contains high levels of Cytomegalovirus are up to two and a half (2.5) times more likely to transmit HIV to her infant via breastfeeding than a woman with low levels does.

There is treatment available for Cytomegalovirus, but due to severe side-effects it is not yet suitable to roll the use thereof out on a large-scale as a preventative measure. The effectiveness of experimental vaccines seems encouraging, but none have yet been tested on a large scale.

Studies have shown that even when using ARVs, five to 10 percent (5 – 10%) of infants still become infected after birth. Viljoen’s research forms part of efforts to understand why this happens, and to reach the goals set by the World Health Organisation to reduce all forms of mother-to-child transmission to below 5 percent by 2015.

Breastfeeding is recommended in especially resource-limited settings, because the benefits of adequate nutrition for the child outweigh the risks involved.

Viljoen notes that cytomegalovirus isn’t the only reason why ARVs do not fully protect babies from contracting HIV through breast milk. The duration and pattern of breastfeeding, whether the mother has had mastitis and how low her CD4 or white blood cell levels are, also has an influence.

“To optimise the management of HIV-infected mothers, it is important to understand how HIV is transmitted via breast milk after birth in spite of ARVs, and to identify additional factors associated with transmission,” says Viljoen. “Breastfeeding is a most valuable source of nutrition for babies, especially in under-resourced areas, and therefore more research is needed to pave the way for developing treatment or vaccines that completely prevents the transmission of HIV from mothers to their children.”

* This article is based on a press release prepared for Johannes Viljoen of the  Africa Centre for Health and Population Studies at the University of KwaZulu-Natal.