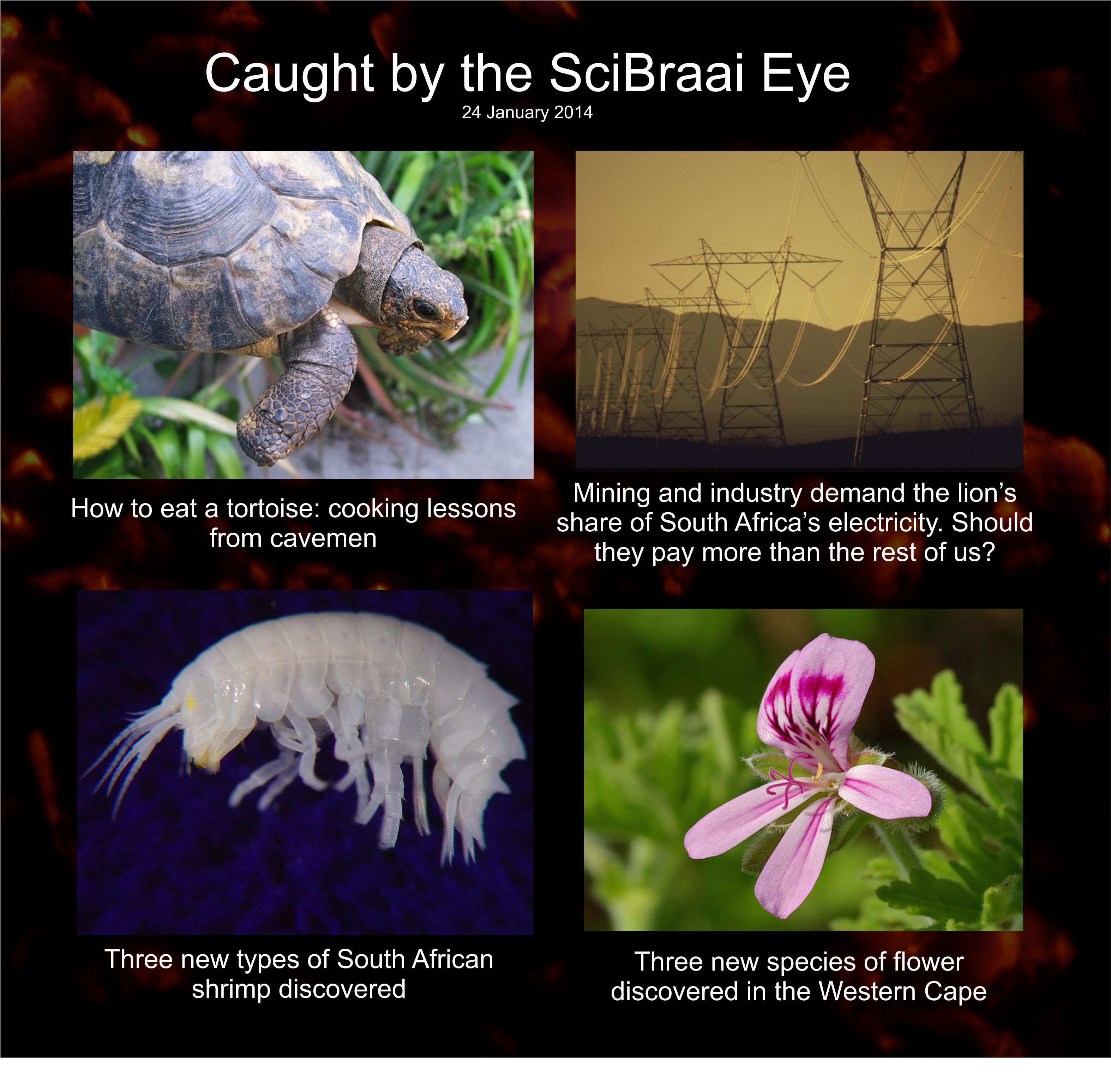 Some call them shrimps, some call them scuds or sideswimmers. Most species are found in some form of water, be it salt or fresh. Those living on land are called sandhoppers. And they are tiny – ranging between 1mm and 340mm. These crustaceans with no carapace generally have laterally compressed bodies. Oh, and they have two kinds of legs (unlike their relatives, the Isopoda). That, in a nutshell, is the name game of the Amphipoda, a firm favourite among anglers who use some of the more than 9500 species found worldwide as bait.

Researchers Rebecca Milne and Charles Griffiths of the University of Cape Town have now described a further three new South African marine Amphipoda – all new to science – in a paper published in the science journal African Natural History. These are Peramphithoe africana, Varohios serratus and Ceradocus isimangaliso. They also recorded another 13 species for the first time in South African waters. Twelve of these new records originate from collecting expeditions to Sodwana Bay in northern KwaZulu-Natal, while one is an introduced species newly recorded from Simon’s Town Harbour.

The UCT researchers say that 483 amphipod species are currently to be found in the waters of continental South Africa and its Exclusive Economic Zone. Of these 35 are restricted to freshwater habitats, seven are terrestrial forms, and the remainder either marine or estuarine.

And to something much more eye-catching: a retired Stellenbosch University botanist, Dr Bettie Marais, has described three new species of Pelargonium that grow in the Western Cape. They are Pelargonium pallidoflavum, Pelargonium weberi  and Pelargonium sabulosum. These all have yellow flowers and simple, ovate leaves.

The new species were described in the South African Journal of Botany.

The tasty tortoises of the Blombos cave

Tortoises – and angulated tortoises at that – were among the many animals that the Middle Stone Age people ate who inhabited the well-known Blombos cave near Still Bay in the Southern Cape.

“There are consistent patterns of fragmentation and burning that indicate set processing sequences including cooking while in the shell, hammerstone percussion, and human chewing of limbs,” writes Thompson.

“No” to blanket electricity pricing

On to a very different animal: a differential electricity pricing policy, which targets electricity intensive industrial and mining activities  (as practised in China since 2004), is the better policy to follow. This is in comparison to the current blanket electricity price increases that South African authorities administered in an effort to encourage electricity savings and improve energy efficiency. So says Marcel Kohler of the University of KwaZulu-Natal, in an article published this month in the science journal Energy.

In the article, Kohler sets out to fill a significant gap in the South African energy literature by highlighting the importance of incorporating electricity demand factors as part of the country’s energy policy and electricity planning horizon. He also focuses his attention on modelling the electricity consumption of South Africa’s industrial and mining sectors given that these account for the lion’s share of electricity demand.