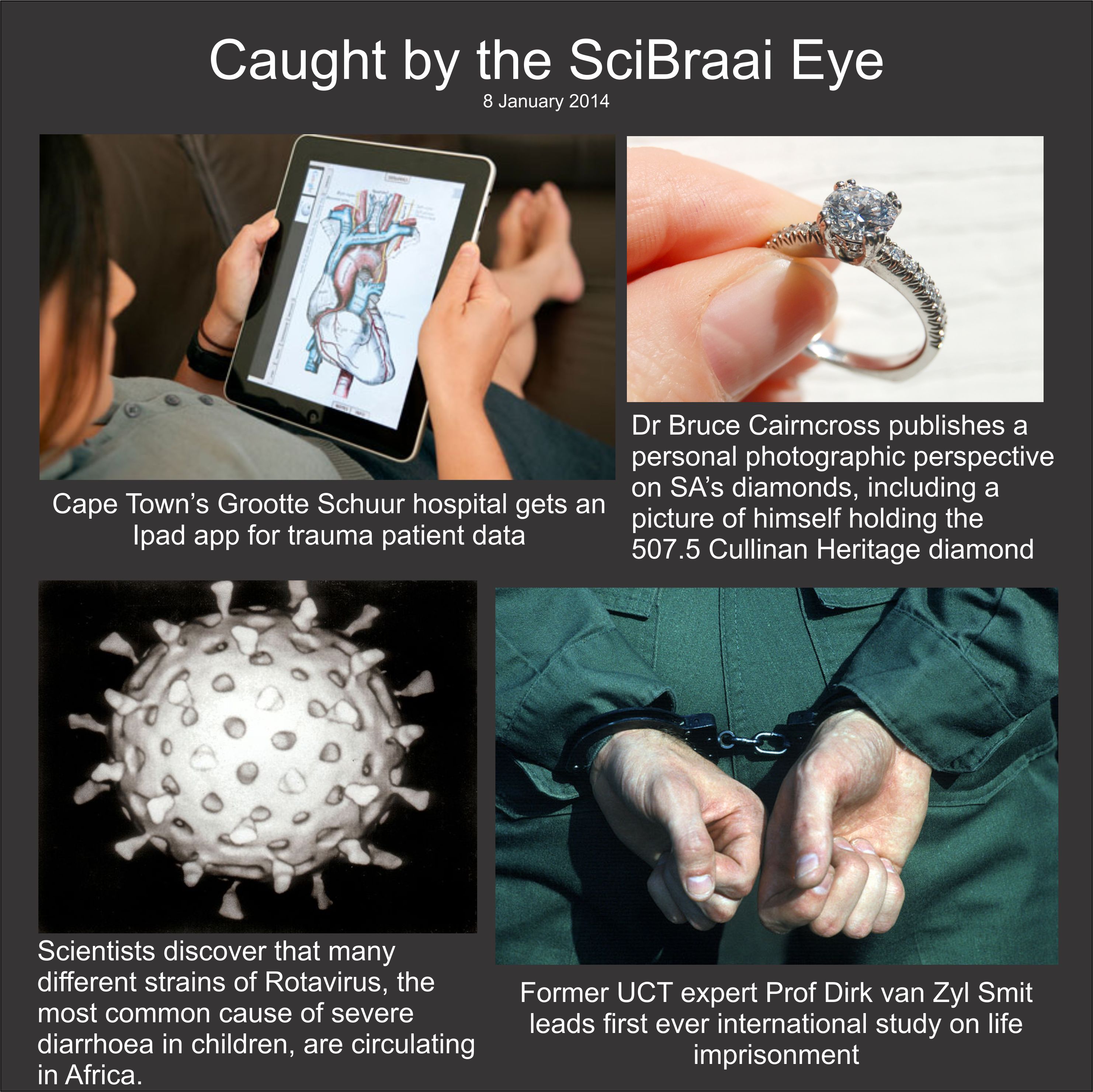 There’s so much more happening on the SA science scene than you read about in the newspapers. These recently published research papers or news involving South Africa and her researchers have caught the SciBraai Eye. Read about an iPad app for Groote Schuur hospital, a geologist’s personal photographic tour of SA’s diamonds, about Rotivirus research and the former UCT law expert who is leading an international study to ensure justice for life prisoners. An iPad app for Groote Schuur

Canadian surgeons from British Columbia have helped to develop an iPad app for Groote Schuur Hospital in Cape Town. It is used to more easily capture trauma patient data. The hospital, which provides clinical care to 10 000 patients seeking trauma services each year, previously only collected admissions data on paper.

Dr Bruce Cairncross of the University of Johannesburg’s Department of Geology has published a personal photographic perspective on South African Diamonds in the journal Rocks and Minerals. It includes a photograph of Dr Cairncross holding the 507.5 Cullinan Heritage diamond. It was mined in 2009 east of Pretoria. When sold, the diamond obtained a world record price for an uncut diamond.

Rotavirus is the most common cause of severe diarrhoea among infants and young children worldwide. In Africa, it is the cause of more than one in every 10 deaths (12%) of children under five years of age. Members of the African Rotavirus Surveillance Network have now published an update on the various Rotavirus genotypes found in 16 African countries. The network has been involved in this work since 1998.