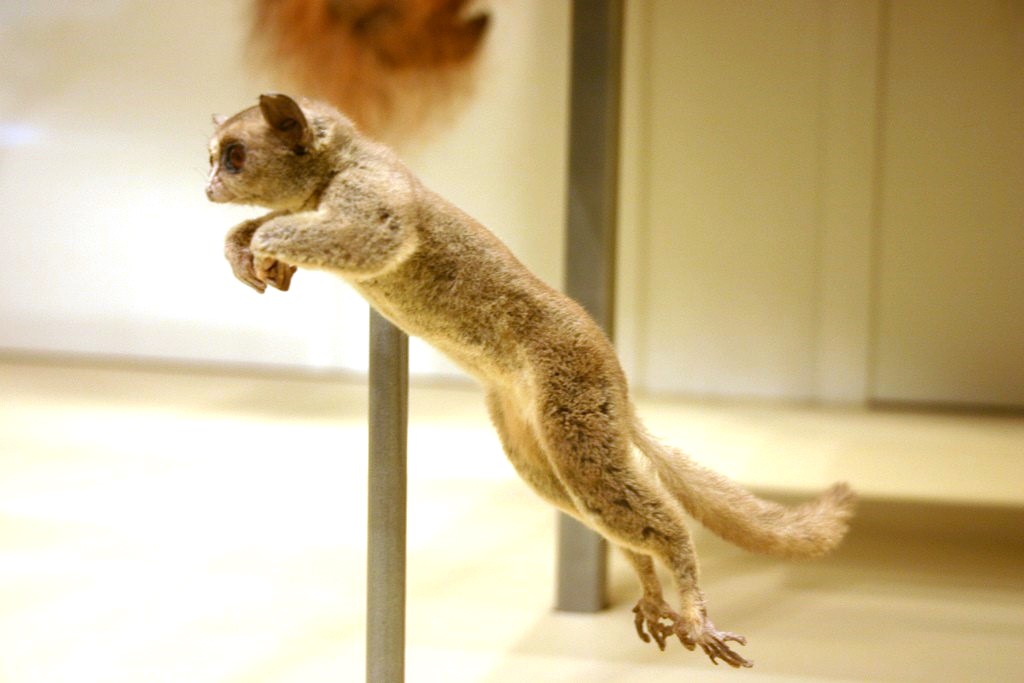 Mostly a loner, the African lesser bushbaby feeds on insects, supplementing its diet with sugar-rich gum of the acacia tree, as well as fruits. When urbanised, the availability of sugar-rich food sources, such as yogurt, catfood and bread, drives the lesser bushbaby to abandon its solitary lifestyle. As a result, the fight for food at a feeding spot increases the level of stress among them.

Urbanisation also changes their traveling habits – bushbabies pair up or congregate in groups of up to ten. Having an abundance of sugar-rich food, however, may come at a potential cost. The lesser bushbaby living in towns show significantly higher body mass values compared to their rural counterparts.

These are some of the findings on Galago moholi in a recent research article led by Dr Juan Scheun, a postdoctoral fellow of the National Zoological Gardens of South Africa. It was published in Springer’s multidisciplinary science journal, The Science of Nature.

Scheun and his co-authors concluded that the impact of urbanisation on this nocturnal species is considerable, affecting a range of ecological and physiological aspects.

Dr Scheun’s research efforts on the topic were recognised last week when he was named as the 2016 recipient of the Arnold Berliner Award 2016. It has been awarded since 2013 to an outstanding scholarly work published in the The Science of Nature (formerly known as Naturwissenschaften). Criteria for the Award are excellence in science, originality and, in particular, interdisciplinarity.

Dr Scheun received his PhD in zoology and animal biology from the University of Pretoria. He is currently a postdoctoral fellow at the National Zoological Gardens of South Africa in Pretoria. His main focus at the moment is conservation ecology and endocrinology of threatened and/or endangered African species.

Reference: Scheun, J. et al (2015). “The hustle and bustle of city life: monitoring the effects of urbanisation in the African lesser bushbaby”, The Science of Nature

* This article is based on a press release by Springer, a leading global research, educational and professional publisher

Hack your skateboard on Youth Day

What is in the water that great white sharks swim in? #Scibraai Monday Menu