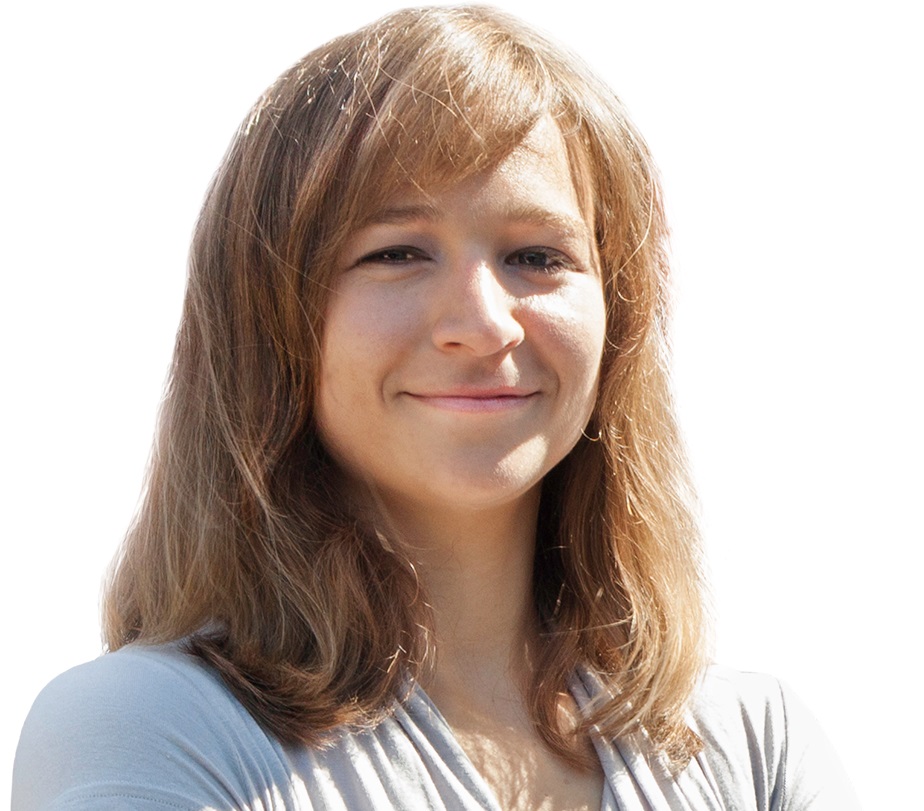 Anina is a science communication & digital media consultant at ScienceLink & a volunteer at SciBraai, based in from Johannesburg (info as at May 2015).

My work at ScienceLink: My work at ScienceLink involves consulting – developing strategies and ideas for scientists to communicate their work using innovative digital tools (infographics, websites, apps, social media, digital newsletters etc.) as well as traditional means (press releases, photography, video). I manage the production of such content via my team, freelancers and other sub-contractors, and I edit and approve all content we produce. Whenever possible I also interview scientists and write articles – I love engaging with researchers about their work! Lastly, I train journalists, scientists and science communicators on topics like data journalism, digital platforms and science communication.

What happens at SciBraai? SciBraai is a proudly South African NPO dedicated to science journalism, communication and outreach. SciBraai began on Heritage Day 2013 and features multimedia stories about South African research, technology and innovation, and the people behind the discoveries. SciBraai’s following has grown in the past years, and we are now on Facebook, Twitter and Instagram. We’ve also begun organising real-life braai’s where we share round-the-fire stories about South African science and scientists.

How I define science communication, compared to public science engagement: I think science communication is a wonderfully broad term that encompasses science education, science journalism and science outreach. I view these different fields as extensions of one another – they feed into each another and the more collaboration between the fields we can achieve, the better.

What attracted me to science communication? I was a scientist first – during my MSc I realised that what I really loved about science was learning about it and sharing it with others rather than actually doing research in the lab. I always loved writing so I enrolled for a BA Hons degree in journalism at Wits. It was during this time that my love for writing, digital media and data journalism developed, and I have since turned my passions into ScienceLink’s unique approach to science communication.

The best thing about my job? We do something different every day, and I have the amazing privilege of speaking to some of South Africa’s heroes very often, so I’m never without inspiration and positivity for where researchers and innovators are taking this country. Because of the different projects we work on, every piece has its own challenges in production, both from a creative and project management side, so I find it a highly-stimulating and fulfilling field to work and volunteer in.

And the worst? Sometimes I say yes to too many things, because I don’t like refusing an interesting job, and they are all interesting! Tight deadlines can sometimes be very stressful, but it’s quite a rush at the same time.

My SA scicomm hero? Lee Berger is a true scientist communicator. He does it so well himself, and he is a huge supporter of our field. I also consider Marina Joubert as my mentor – I’ve learnt so much from her and her support has always been important to me.

Sources of work inspiration? I draw inspiration from as many sources as possible. I watch developments in other fields, especially tech and data journalism, in order to see how to apply new ideas to science communication. I also try to network with as many people and organisations as possible – I find that whenever cross-disciplinary conversations take place new ideas are born. Young scientists and scientists with little resources who go out of their way for outreach are also a great source of inspiration.

A memorable scicomm moment? Listening to Lee Berger at a Science Communication Masterclass stands out, but also interviewing scientists on live radio for The Science Inside radio show.

Valuable scicomm tip? New media/social media/digital media is the way to go. Keep innovating and experimenting – that is the great thing about the new media landscape, it is constantly changing and there’s always room for something new.

Are their risks in science communication?: On the digital platform, because of the viral nature of content, sometimes science communication can backfire. Take the example of the anti-vaccination movement – the more science communicators try to convince anti-vaxxers that vaccines work, the more we inadvertently contribute to extending the reach of an anti-vaxxer post. (If you comment on a post, people will see the post first, not your comment that attempts to correct the misinformation in the post.)

What to do when things go wrong?: Admit when you’ve made a mistake and take responsibility. Thankfully the digital platform allows you to correct mistakes easily, but it is important to acknowledge mistakes, and take every precaution to ensure that facts are correct and approved by an expert before publication.

My biggest challenges in science communication? For SciBraai, internet / smartphone / computer penetration & access presents the biggest barrier to reaching the people we really want to reach e.g. youngsters in rural areas. This is why we’ve decided to introduce real-world braais. Also, sometimes convincing people, including scientists, that science communication, specifically using new media, can be difficult.

The one thing about science that I would love all South Africans to understand: Science and research solves socio-economic challenges like access to education, water, electricity, and a healthy environment. An understanding of science empowers individuals to live a healthy lifestyle and make informed decisions for themselves and those in their care.

How I would spend R10 million on scicomm: I would use it to develop SciBraai’s various digital and real world projects, including training and hiring young, diverse staff, and taking SciBraai accross South Africa (in the form of braais where young scientists chat to communities in their own language), especially where people may not have access to science centers or the internet.

My vision for scicomm in SA: As a science communicator and as someone who is personally very passionate about creating a society that uses evidence and information to make decisions, I want our work, our coverage and content, to effect individual and institutional changes. Take a health issue, for example: I want to alert policy-makers to research that shows which interventions will make it easier to get pregnant women to stick to their ARV regimens, and I want to educate pregnant women about the dangers of not sticking to their ARV regimens. And I want to alert the public and regulatory bodies when interventions are not being implemented, or when ARVs are out of stock.

So for me, whether I’m wearing my ScienceLink or my SciBraai hat, the first step in writing a story or creating a graphic or a video is always focussed on how we can communicate science in a credible yet accessible and engaging way, because we could create the best content but if no-one wants to “click” to read, watch, listen or play, it really has no value. So in terms of our content creation process, I want to experiment with tailoring content to the intended platform. One thing that has to be said though, is that we have to constantly monitor the success of our content – the online world changes so quickly that what worked this week may fail next week. So it is a huge challenge to stay ahead of your audience, especially when platforms and devices and internet access is so varied.

What I really think we need is a consistent collaboration between researchers, journalists and science communicators to create the best, most accurate, informative and behaviour-changing digital content that reaches the right audience on their chosen (or affordable) platform.