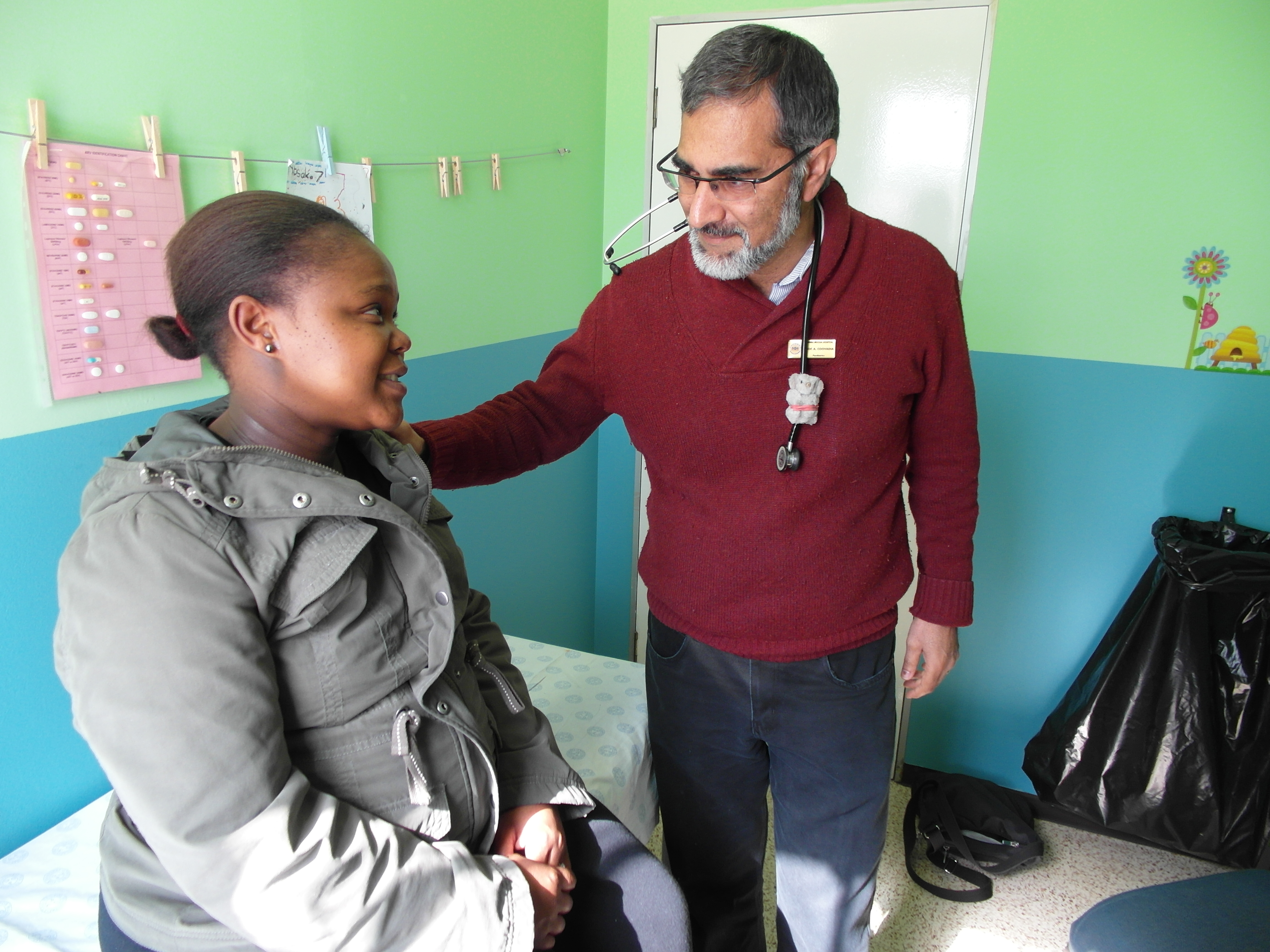 American doctors recently reported promising indications that it might be possible to cure babies born with HIV by starting intensive anti-HIV drug therapy shortly after birth. Clinicians around the world, including Professor Ashraf Coovadia, a paediatrician based at the Rahima Moosa Mother and Child Hospital (RMMCH), are trying to replicate and decipher what has been dubbed a ‘functional’ cure for HIV.

In one case, a Mississippi baby born HIV positive three years ago now shows no sign of the virus, despite being off her treatment for two years. In another, the virus is undetectable in an eight-month old Californian infant still receiving treatment, though it is too soon to confirm that the child is in remission.

“We are excited to be involved in studies attempting to answer some of the questions brought up by these two cases,” says Coovadia. For instance, he and his team are investigating the appropriate ARV dosage for small children – they want to determine how much of the drug is enough for efficient action with minimal adverse effects.

The largest study in Coovadia’s unit has been looking at 300 HIV positive children taking ARVs since last year. “We will follow these children for a total of 5 years to see what happens to their genes as a result of chronic ARV treatment, and as a result of being born with HIV,” he says.

Their aim is to find out if genes involved in processes such as growth, aging and metabolism are changed by the disease and the drugs. In other words, they are exploring the epigenetics of having HIV.

Coovadia’s own interest lies specifically in the prevention of mother-to-child HIV transmission. “We’ve been part of global research on what works best for mothers to reduce transmission, and on how to ensure they continue their own treatment after the birth of their children.”

He says that in the late 90s, 1 in 4 women birthed HIV-infected children, which was a disaster. Now, according to a recent survey by the Medical Research Council, the transmission rate has dropped to less than 5%, or 1 in 20.

This achievement, says Coovadia, is a classic example of clinicians playing a leading role through research and subsequent advocacy, in bringing national health policies in line with what works practically. “We have shown that prevention of mother-to-child transmission is feasible, necessary and cost-effective, and we worked with organisations such as the Treatment Action Campaign to pressure government to adopt the right policies.”

Coovadia also feels strongly that clinical research in South Africa should focus on common conditions that represent the greatest burden of disease.  This kind of research, he says, stimulates doctors to be more evidence-based in their approach to treatment.

“Knowledge changes all the time; research holds you to certain standards of ethical practice, and develops skills doctors use every day, like good record keeping, ensuring confidentiality and obtaining informed consent,” says Coovadia.

But finding time for research is always a challenge, due to the high clinical service load, which must take priority. “I’ve been fortunate to conduct my research,” he says, “because I’ve had a lot of support from my colleagues.”

Coovadia is the head of Paediatrics at the RMMCH, an academic department under the Department of Paediatrics in the School of Clinical Medicine at Wits. He is also the Director of the Empilweni Services and Research Unit (ESRU) based at the same hospital.

Disclaimer: This article was written for original publication in Wits Leader.