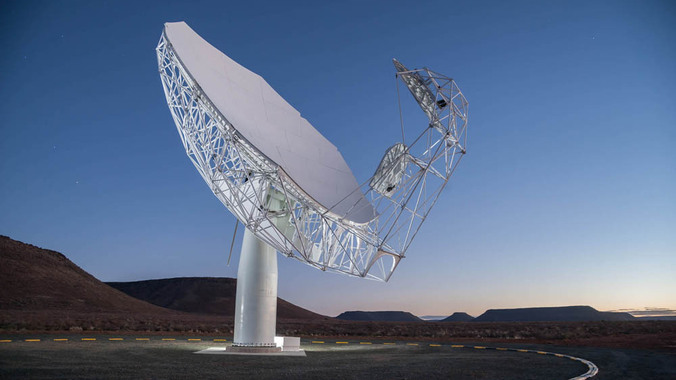 Square Kilometre Array (SKA) scientists and engineers are at this moment trying to predict what the world will look like in 2020.

More than 350 of them, representing 18 nations and hailing from nearly 100 institutions, universities and industry, are trying to determine what will be possible technologically and how much it will cost as they design the world’s largest radio telescope.

This week, the Mail & Guardian reported on its website that the initial estimates for phase one of the telescope – involving the incorporation of South Africa’s 64-dish MeerKAT and Australia’s Askap telescope into the SKA, which will comprise thousands of antennae in Australia and Africa – are three times the capped €650-million budget, at €1.8-billion.

SKA Organisation director general Phil Diamond said the high ballpark figure was expected. He used the computing costs, which accounted for about 30% of the €1.8-billion figure, as an example: “Those computing costs were what we would have to budget to deliver the maximum performance of SKA1 [SKA phase one] on the day we turned it on, which is a nonsense scenario. What the computing consortium delivered to us, as requested, was the maximum costs of the various computing subsystems and the scaling laws, so we can estimate the real budget for the start of SKA1 and how the capabilities would be phased over time,” Diamond said. “The true budget for computing is a small fraction of the maximal cost.”

There is also the fact that computing costs are continuing to decline. This is governed by an observation called Moore’s Law, in which the cost of computer hardware drops dramatically as the performance increases.

This means that by the time SKA phase one construction begins, the costs should be substantially lower.