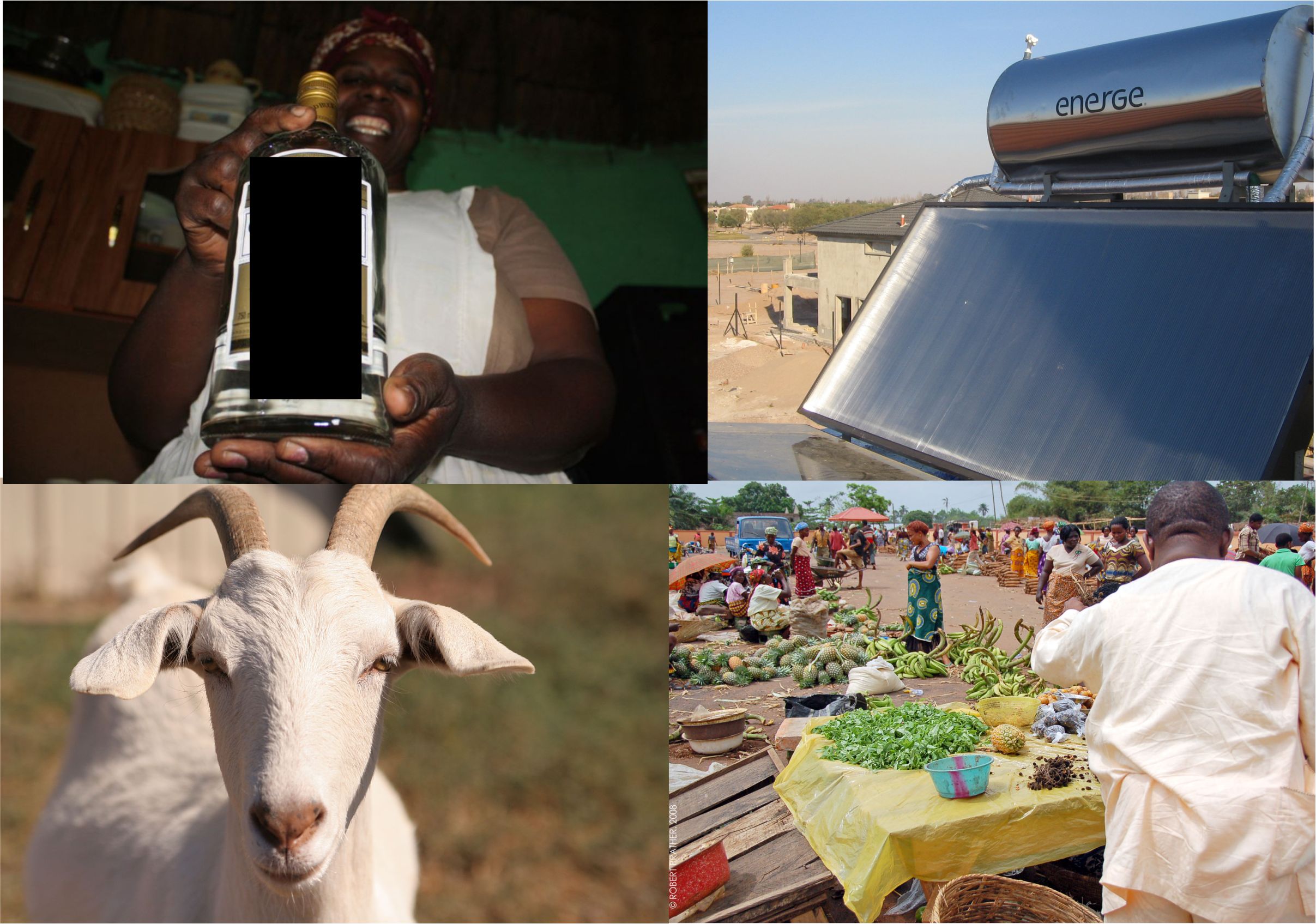 In this week’s SciBraai Eye: Half of female shebeen-frequenters are unaware of fetal alcohol syndrome, a business opportunity exists in the Nigerian food market, how to cut your electricity bill by a third and a few words you’re unlikely to see in one sentence again: Tankwa Karoo’s feral goats. Sadly, one in every two pregnant women who frequent shebeens does not believe that their drinking habits could affect their unborn babies. They do not realise that their alcohol use could lead to the development of fetal alcohol spectrum disorder (FASD) in their children – an irreversible condition that includes the development of facial abnormalities, growth deficiencies, skeletal and organ deformities, central nervous system handicaps and behavioural problems.

This is one of the troubling findings from a study in The American Journal of Drug and Alcohol Abuse conducted by Lisa Eaton and her colleagues from the University of Connecticut and Stellenbosch University. They tested the beliefs about FAS among 1047 men and women at alcohol serving establishments in a Cape Town township. These included pregnant women as well as men whose partners were

More than one out of every two (54%) of pregnant or non-pregnant woman interviewed reported drinking at least 2 to 4 times a month, while nearly three in every five (57% ) of them reported having at least 3–4 alcohol drinks during a typical drinking session.

Compared to the non-pregnant women in the study, those who were pregnant were sadly actually less likely to believe that their drinking could affect the fetus they were carrying. Similar findings were observed between men with pregnant partners compared to men without pregnant partners.

“There exists an urgent need to better and more fully address alcohol use behaviours among pregnant women residing in South African townships,” believes Eaton. ““Efforts to address FASD need to focus on understanding how men and women perceive alcohol use during pregnancy and situational factors that contribute to alcohol consumption among pregnant women attending alcohol serving establishments.”

South Africa has one of the highest rates of FASD in the world. However, little is still known about what men and women who attend alcohol serving establishments believe about alcohol use during pregnancy and how these beliefs may be related to alcohol use.

So says Thomas Main and Komla Folly of the University of Cape Town, in a copy of the conference proceedings of the recent AFRICON conference. The researchers believe that high energy consumption in commercial and residential buildings can be reduced through the use of heating appliances based on renewable energy such as solar water geysers.

Their findings are based on the energy consumption data from households using electric water heaters that they collected and analysed. They also performed simulations to see how much energy could be saved should the households switch to solar geysers. In this, current and future tariff structures were taken into account.

“The use of many inefficient appliances such as incandescent lighting and element-geysers in households is one of the reasons for the large consumption of electricity,” believes Main. “The current tariff structures and a lack of knowledge about energy saving schemes by the users could account for inefficient use of energy.”

Some of the findings are not necessarily new, but they have added a few interesting numbers to the energy-efficiency debate. For instance, did you know that element-geysers can be responsible for up to 40% of the total energy consumption of your household? Makes you think about switching, doesn’t it?

Just because very little grows in the semi-desert area of the Tankwa Karoo in the Northern Cape isn’t to say that the area – or its goats, for that matter – isn’t special.

The Tankwa Karoo National Park seems to be home to a potentially unique population of feral goats – and one that needs to be conserved.

“The animals date back to the early 1900s, but is now at risk of extinction,” writes Antoinette Kotze of the National Zoological Gardens of South Africa, in a short communication on the matter printed in the South African Journal of Animal Science.

Kotze has done relevant work in conjunction with colleagues from the University of Pretoria, the University of the Free State and the Northern Cape Department of Agriculture. They have established the genotype (also called the genetic make-up) of 66 goats from the national park and others that are kept on a private farm. This was compared with genotypic data of selected commercial breeds such as Angora, Boer and Saanen dairy goats.

Analysis of population structure suggests some uniqueness in the Tankwa populations. This might have been caused by decades of random drift as specific genes are carried over the course of generations. However, Kotze speculates that it could also reflect how the goat has adapted through natural selection to the harsh environment.

Here’s a tip for an entrepreneur who is looking to start a new venture in the South African food industry: sell Nigerian food.

No matter how long Nigerians have stayed in South Africa, it’s their own country’s food that they long back to, says Abosede Ijabadeniyi of the Midrand Graduate Institute and Oluwatosin Ijabadeniyi of the Durban University of Technology in an article in the Mediterranean Journal of Social Sciences that focuses on the role that culture plays in people’s preference for food.

The study reveals that Nigerians in South Africa show high loyalty tendencies to their cultural food regardless of their length of stay abroad.

“Therefore, the Nigerian and the West African cultural food market present many growth opportunities for the South African economy,” says Abosede Ijabadeniyi. “While it is said that cultures are overlapping due to the effect of globalisation, the globalised culture is not evident in Nigerians’ preference for cultural food.”