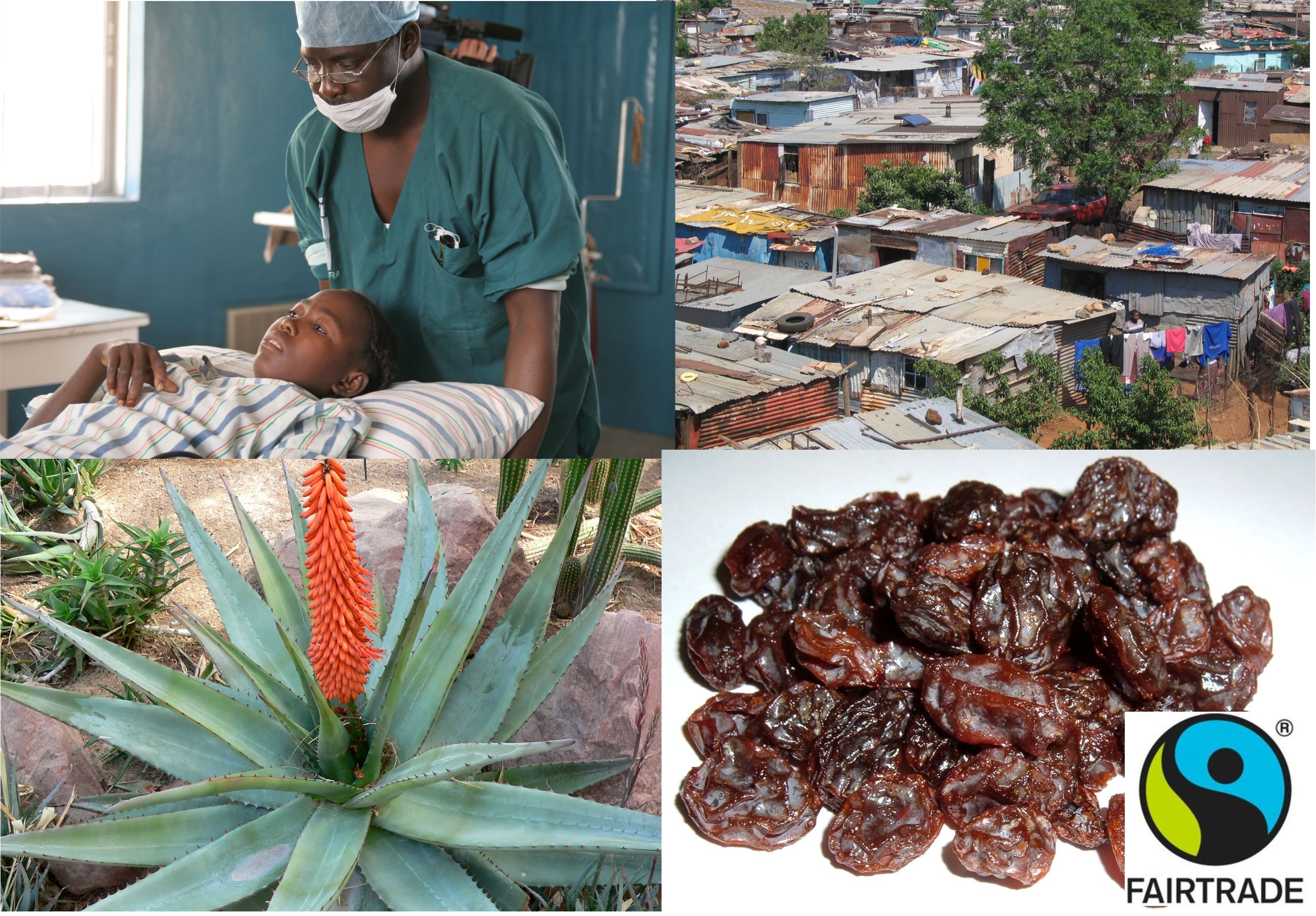 Fresh off the SciBraai grill: a different kind of green card, Fairtrade in the South African context, herbal remedies for skin conditions and the safety of tourists during township tours. This is rare, locally-sourced mental meat you’re not likely to find elsewhere. The secret of the green and white cards

Did you know that there’s two treatment cards assigned to public sector TB and HIV patients that they need to have with them when seeking medical advice? The ‘white card’ is the ART progress card, usually folded into one-third of an A4 size, while the ‘green card’ is the A5-sized two-paged TB treatment card.

In an article in the Southern African Journal of HIV Medicine, Dr Dirk Hagemeister of the University of the Free State uses the example of these cards to ask whether enough is being done to teach young medical doctors and interns the necessary clinical literacy in HIV medicine so that they can effectively and caringly “read” such tools.

“I routinely attempt to use the learning opportunity of ward rounds to sensitise junior colleagues to the value of the simple patient-held progress cards which are routinely used in public sector antiretroviral therapy (ART) and tuberculosis (TB) services across the country,” he writes. “What really makes me sad is that we do not recognise the intrinsic value of these patient-held tools for our assessment and further management of the patient in front of us.”

“As with TB, the ‘handing-over’ of HIV treatment to primary healthcare services bears a real risk in clinical practice: we as medical doctors may not bother anymore to understand the basics of these programmatic treatments, as they may be perceived to be below our scope of practice,” he says. “However, this attitude is going to cost us dearly as we sit on a national time-bomb of ever-increasing drug resistance in TB, and possibly soon in HIV, too

The interpretation of patient-held treatment progress cards was recently included in both the postgraduate and undergraduate examinations in Family Medicine at the University of the Free State.

Hagemeister’s article is part of the March edition of the Southern African Journal of HIV Medicine, which reflects on the10 years since the roll-out of antiretroviral treatment (ARTs) in South Africa – the largest programme of its kind in the world.

Township tourism: safe or not?

In recent years, doubts about personal safety have cast a negative light on the township tourism offering. However, a new study by the University of Cape Town shows that the majority (73%) of tourists feel quite safe whilst they are on such as township tour.

Township tours have emerged as an important part of the urban tourism product in post-1994 South Africa. One in every 4 international tourists visiting Cape Town goes on such an experience.

“Consideration regarding tourist safety and security is important since it may have implications for the future growth and development of this market,” says Richard George and Irma Booyens in an article published in the journal Urban Forum. “There is a latent demand for culture-led, experience-based township tourism product development to create more opportunities for entrepreneurship and local economic development.”

The research duo used a structured questionnaire to collect data from 317 tourists who participated in township tours in the Greater Cape Town area. Of these, 82% said that they’d recommend a township tour, and about the same percentage said that the tour was value for money.

Which plants do Xhosa people use to treat skin problems?

At least 160 medicinal plants found in the Eastern Cape are used by locals to treat 25 skin disorders/conditions. Most of these plants are herbs, and it’s the plant leaves that are most often used externally on the affected area as a paste, power or sap. Aloe ferox (locally known as Umhlaba) is the plant that is used the most, while plants from the Solanaceae, Asteraceae, Fabaceae, Poaceae, Rutaceae and Euphorbiaceae families made the list.

These are some of the finding of an etnobotanical survey of the medicinal plants used to manage skin disorders among Xhosa communities in the Amathole district of the Eastern Cape. It is published in Journal of Ethnopharmacology.

Skin diseases have been of major concern recently due to the association of skin opportunistic infections and HIV/AIDS, are usually the first sign of HIV infection and conversion to AIDS. More than 90% of HIV-infected individuals develop skin and mucosal complications at some stage during the disease.

“Although classical medicine is undoubtedly addressing these diseases, the people of the Eastern Cape to a large extent rely on traditional herbal medicine for the treatment of various diseases,” writes lead author Anthony Afolayan of the University of Fort Hare.

A study by Durham University researchers has placed the spotlight on the Eksteenskuil Agricultural Cooperative (EAC) near Keimoes in the Northern Cape. The British researchers examine the importance of place for the cultural and environmental dynamics shaping Fairtrade cooperatives in an article in the journal Food Chain.

Eksteenkuil includes approximately 180 households and more than 1200 people who live across 21 islands in the Orange River near Keimoes. The EAC supplies the majority of the 400 to 600 tons of raisins it produces annually to Traidcraft plc, one of the UK’s leading Fairtrade organizations. And for those who not in the know, Fairtrade is an ethical certification whose main aim is to promote more equality and sustainability in the farming sector. A product that carries the Fairtrade Certification Mark has met the rigorous Fairtrade Standards, which focus on improving labour and living conditions for farming communities and on promoting a way of farming that doesn’t harm either people or the environment.

The researchers, led by Cheryl McEwan, believe that the “one size fits all’ approach commonly used by Fairtrade does not work, but that a sense of place and of histories continually challenge and redefine the meaning and effectiveness of Fairtrade.

“The South African context is particularly interesting owing to the ways in which national and local policies of empowerment inform and affect the workings of Fairtrade codes and standards,” says McEwan. “However, rather than allude to ‘South African exceptionalism’, we use this case to illustrate that all places have histories and geographies that need to be properly understood for Fairtrade to work effectively.”

“While Fairtrade has helped to provide a stable market for EAC members, it operates within a community already disadvantaged by both the legacies of apartheid and geography,” McEwan concludes. “In both Eksteenskuil and beyond, a deeper understanding of place – environmental risk (which climate change is increasing across the global South), the constraints and challenges of geography, and local identities and cultures rooted in specific histories – is critical to unravelling not only the impediments to community development, but also the possibilities.”