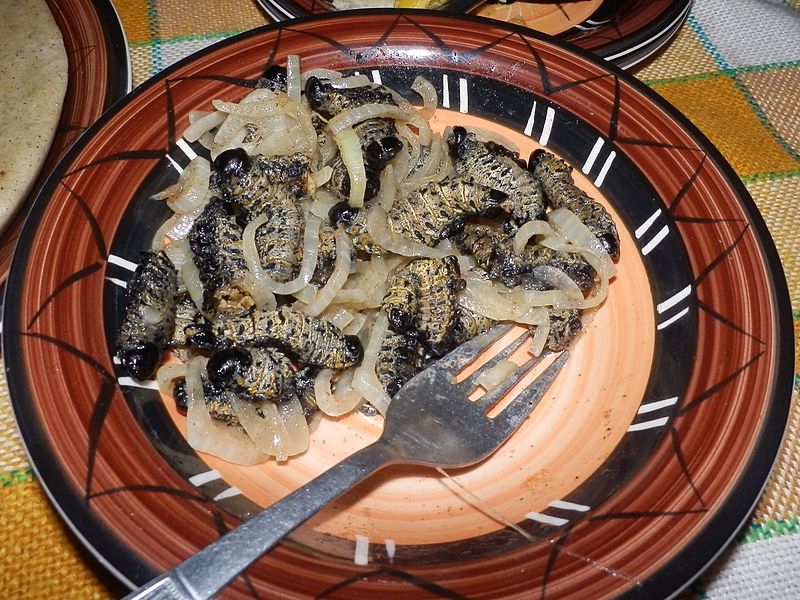 In life, you get two types of people. Those who eat mopane worms, and those who definitely don’t. In Limpopo, the eating of mopane worms and trading in them are a way of life for many people living in the province. This tradition has been passed on from generation to generation. Environmental changes such as the decline in mopane tree density, vegetation change, lower-than-normal rainfall and higher-than-normal temperatures are now however significantly affecting the availability of mopane worms.

This is according to research conducted by James Sekonya as part of his masters thesis from the University of Cape Town.

He conducted interviews in villages and with traders in the Vhembe district and the Mopani district in Limpopo Province. Sekonya found that mopane worms remain an important source of food, that it is a valuable trading commodity, and that the worms are an intrinsic part of local cultural practices.

“Trading is an important form of employment for rural people who have limited prospects of formal employment, and had the potential to generate higher income levels than wage labour in rural contexts,” writes Sekonya.

With regards to environmental changes being experienced, Sekonya says: “Household consumption and trade patterns were altered as a result of the weather and climatic conditions shock arising from the El Niño phenomenon.”

He suggests that the following be done in light of his findings:

The dream of electric cars