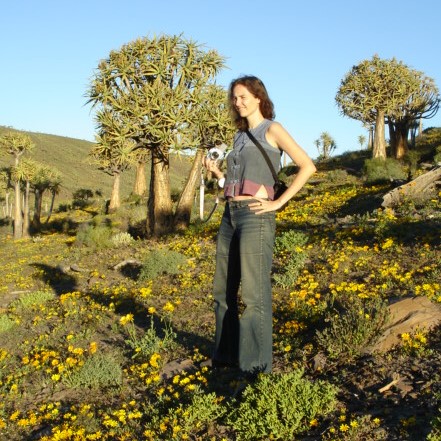 For those of us living in the cities, facing up to the realities of the climate crisis – such as contemplating the mere possibility of a Day Zero – can be challenging at the most.

Some describe it as a vague unease about the changes you see in nature. Others talk of a deep sadness. Fear. Anger. Feelings of powerlessness. Teenage climate activist Greta Thunberg describes experiencing bouts of paralyzing depression when she was younger, partly due to her worries and concerns about the climate crisis and the environment.

Climate grief. Eco-anxiety. Mourning the climate. Google it and you will find a support group or ten tips on how to deal with the growing emotional toll of climate change.

But what about those who have been working in this field for the greatest part of their professional careers.? What about the ecologists, conservation biologists, botanists, sustainability experts? How do they keep going when they witness, in their own lifetime, the extinction of not just one, but several species?

One of these individuals is the indomitable Professor Wendy Foden, one of the world’s foremost experts on the impacts of climate change on species and ecosystems.

She has recently been appointed at SANParks as head of the Cape Research Centre. Since 2012, she has chaired a group of about 50 experts from around the world. They have been appointed by the International Union for the Conservation of Nature’s (IUCN) Species Survival Commission to provide guidance on how to minimise the impact of climate change on biodiversity. (The IUCN is the United Nations of the environmental world and drives the global conservation agenda. It is the only environmental organisation with official observer status at the UN General Assembly.)

As an MSc student at the University of Cape Town in the early 2000s, Wendy’s work had already caught the eye. Her survey of 6 000 quiver trees across a range of 2 000 kilometers drew the world’s attention as one of the first concrete examples of the impact of climate change on nature. Today, more than a decade later, she and fellow researchers are still following the quiver trees’ slow progression from the hot northern region of Southern Africa to the slightly cooler south.

After completing her MSc, Foden’s career took her from the South African National Biodiversity Institute to initiate and lead the IUCN’s Climate Change Unit of the Global Species Program in Cambridge where she worked until 2013. By 2015 she had completed both her PhD at the University of the Witwatersrand, and a fellowship at Cambridge University.

But there is a price to pay for working in this field.

In March 2018, Foden recounted how she came close to giving up on her work in a TED Talk at the Cape Town Salon.

“I didn’t expect to be here, sharing this story, until I was much older,” she said in the opening words of her talk.  “I had been making predictions all these years, but somehow it was always in the future. It wasn’t supposed to happen yet. And finally, when I had to experience it, it shifted me right from my head and became personal… I wasn’t sure if I wanted to carry on with this kind of work.”

In 2016, the Bramble Cay melomys became the first mammal whose extinction could be directly linked to human-induced climate change. This small rodent, endemic to a small coral cay located at the northern tip of the Great Barrier Reef in Australia, has not been spotted since 2009.

Twenty years ago, she says, everybody would be talking about it when individual examples of climate change impacts were found. But today there are so many examples that it is often not reported on unless something spectacular happens, such as 23 000 fruit bats literally falling dead out of the sky after an intense heatwave, again in Australia.

Closer to home, the Saturday Star reported in 2018 about how species in South Africa are being affected by climate change: 70 frog species have experienced range contractions and have as a whole shifted an average of 47.6 metres upslope to cope with the changing climate; bird populations are in decline and some biomes such as fynbos and savanna are experiencing broad shifts in bird species; SA’s rock lobsters have experienced a sharp decline in growth rates, with an increase in mass strandings and a large shift in distribution.

In order to deal with this new reality, Foden says, she had to close down her laptop’s screen, pack up her life… and head for the Himalayas.

There she found a renewed sense of passion and compassion to continue with her work, from the very same source that nearly made her give up. She also decided to go back home to South Africa and use it as a base to engage with the rest of the world.

A significant source of inspiration for Foden was the work of the environmental activist and eco-philosopher Dr Joanna Macy. One of the foundations of Macy’s work is to honour the pain people feel for the world and then to reframe it as compassion. When this is seen as a healthy and normal response to a world in crisis, it means people can rise to the challenge and do something about it.

Foden is now using a similar approach when she teaches the Conservation Leadership course at the University of Cape Town. She is also an associate professor in the Department of Botany and Zoology at Stellenbosch University.

“Macy tells us we are free to choose our own version of reality – or story about our world. We can choose to align with business as usual, the unravelling of living systems, or the creation of a life-sustaining society, which she calls the Great Turning. Most of us are experiencing all three narratives at the same time, but the challenge we each face is to shift our thinking and actions to make the Great Turning a reality, and not just a story,” she explains.

“Students are grateful when they understand that they don’t have to carry all the weight of solving the climate change crisis. Instead, each of us can use our unique strengths and passions – from art and business to IT, teaching, parenting and science – to make a contribution. Combined with the actions of the growing number of other contributors from around the world including in times past and in the future, they make a big difference. But when you think you stand alone, the immensity of the challenge can paralyse you.”

And the challenge is immense.

One of her responsibilities at SANParks is the development of a climate change response for South Africa’s 19 national parks: “We have to get ourselves ready to deal with temperature increases of up to 6° Celsius and a huge increase in extreme weather events over the coming decades. There is much we can do to lessen the impact, such as removing invasive species that draw precious water out of our rivers and prepare for further droughts, floods and heatwaves.”

On an international level, she is working hard to prepare the documentation for the next IUCN World Conservation Congress, where key global decisions need to be made. All this work is done on a volunteer basis, with no financial compensation. She also needs to get out again to go and see how the quiver trees in her study are doing.

However, back in her office in the Table Mountain National Park, close to the Tokai Plantation, there is another vastly different crisis that requires her immediate attention: The Centre will soon run out of toilet paper.

“Look at me!” she laughs, her blue eyes sparkling, “sorting out toilet paper while saving the planet!”

“What future bliss, He gives not thee to know,
But gives that hope to be thy blessing now.
Hope springs eternal in the human breast:
Man never is, but always to be blest.”