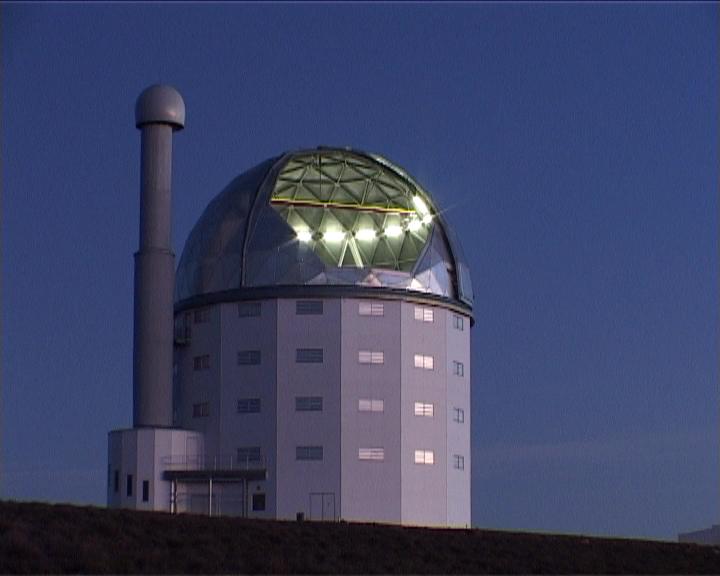 When building a optical telescope, there’s more to consider than just lenses and high-end processors. The human element – the people that will actually work with it – also needs to be considered, for instance when designing the telescope’s control room. Christopher Justin Hendrickse, a lecturer in Product/Industrial Design at the Cape Peninsula University of Technology shares his experiences in doing so in an article from The Conversation Africa. 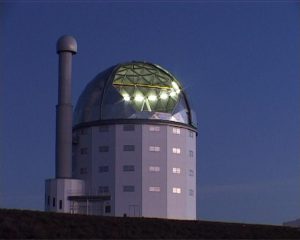 The stars are an incredible source of information. Their patterns indicate when seeds should be sown or crops harvested. Their movements tell us that the seasons are changing. But it’s not just amateur enthusiasts or farmers with no scientific training who watch the stars. Technology has redefined the professional field of astronomy. Pioneering telescope designs have allowed professional astronomers to unravel ever more complex questions about the universe and its mysteries.

These complicated telescopes require extremely complex control rooms. A control room is usually located in the same building as the telescope, though it is separate from the actual telescope. It tends to feature multiple computers, each with at least one screen, a mouse and a keyboard; radio monitors; weather instrument displays; comfortable chairs; a bathroom and sometimes a small kitchen. This is where the telescope operator and one or more astronomers will spend their days (and, given the nature of their work, nights too).

SALT is located on a remote plateau with a high altitude and dark unpolluted skies, not far from the town of Sutherland in the Karoo. During the late 1980s, astronomers in South Africa found it increasingly difficult to keep up with the international astronomy community because the largest South African Astronomical Observatory telescope was only 1.9m.

Then some South African stakeholders had the unique opportunity to review the completed Hobby-Eberly Telescope (HET) at the McDonald Observatory in Texas. This lead to the construction of the SALT: a larger, revised version of the HET with an 11m primary mirror. It’s been fully operational since 2011.

What I discovered during my research was that there are two different professional communities involved with SALT – and neither understands the other’s needs. Engineers developed the hardware that makes the SALT control room tick. They also provide ongoing maintenance. But the research emerging from that control room is conducted by astronomers. While the control room is very technically functional, the astronomers find it complex and counter-intuitive to their needs.

These insights confirm why the role of technical infrastructure and its impact on work flow require coherent design approaches. Designers develop intelligent adaptive systems that take users’ expectations into account, support individual differences and capture the users’ intent. There are entire companies dedicated to control room design – but very little research about how design can be applied to telescopes’ control rooms.

My research aimed to improve the SALT control room’s usability. These sorts of practical interventions are important. We need to understand how people interact with the new technologies entering human work spaces so that efficient and productive control rooms can be designed.

The project had two sections. The first was a design ethnographic study. I wanted to observe work flows and talk to astronomers to understand their concerns and problems. This meant spending approximately 300 hours in the SALT control room.

After many hours observing and speaking with different astronomers and telescope operators in the control room, I identified some common complaints. The astronomers found it difficult to manage the use of multiple screens and input devices like keyboards and mouses. This set up made technical sense to the engineers, but resulted in a confusing, cluttered work area for the astronomers.

I explored different ways to address the problem. First, we combined all the elements into single units (so one monitor, keyboard and mouse per work station). Some people really liked this approach and found it worked for them. Others struggled to adapt.

I then tried a really simple approach: I colour coordinated each computer screen, mouse and keyboard with self-adhesive vinyl. This helped the astronomer to quickly identify which computer they were working on; before, they often grabbed the incorrect keyboard or mouse or tried to work across computer screens that were not connected.

Everyone was very happy with the results, and told me the colour coordination had dramatically reduced their frustration and actually improved productivity in the control room.

I made a few other small changes in consultation with the astronomers. We improved the telescope’s notification system, which is the software used to give the user an audio alert when it has completed a procedure. Some of the astronomers found it annoying and wanted the option to mute it in favour of an alternate notification method.

We also mounted computer screens on adjustable brackets so that users of different heights could set the monitor to their liking. This helped improve posture, which also contributed to productivity and satisfaction at work.

Much of what I did was rather intuitive and simple. But the result, in the long term, is an improved work space. It was also driven by the astronomers and that contributes to their sense of owning and enjoying the space they occupy every day.

Control rooms – whether they’re linked to nuclear power plants, air traffic centres or telescopes – are the interfaces of technology and human decision making. They work best when those working in them don’t have to worry about what’s happening on their desks and can focus on their work – and, in the case of the SALT astronomers, keep searching the stars for secrets.

* This article was first published in The Conversation Africa. Also consider the following related article:

Great article by @UWCOnline postdoc @imogenwhittam: Telescopes in southern Africa will peel back the universe’s secrets from 2018 https://t.co/FrgQrXApj8 via @TC_Africa