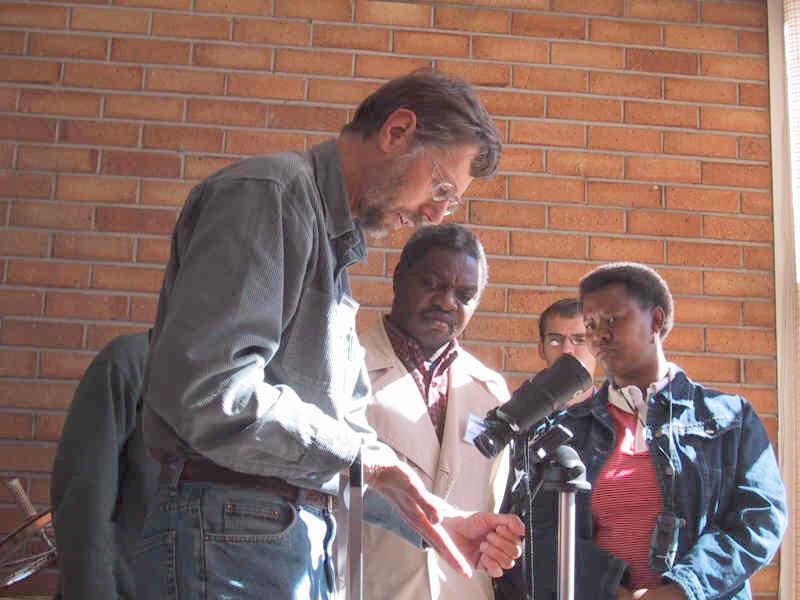 Mike Gaylard’s passion and brilliance in radio astronomy and dedication to the discipline in South Africa will be sorely missed, writes Sarah Wild in the Mail & Guardian, about the passing of Hartebeeshoek Radio Astronomy Observatory (HartRAO) managing director. This is what she writes:

“In the early hours of Friday morning, I received a message that Mike Gaylard, the managing director of Hartebeeshoek Radio Astronomy Observatory (HartRAO), had died on Thursday. I put down my phone and cried.

Many people will remember him for his passion and brilliance in radio astronomy and his dedication to the discipline in South Africa and the observatory itself. For me, he was a kind, gentle man with sparkling eyes who 10 years ago took pity upon a 19-year-old intern and taught her about radio astronomy. He continued to teach me in the years that followed.

The National Research Foundation sent out an email about his death after a long illness, saying “he was extremely committed to his work, and continued with managing the affairs of the Observatory even from his hospital bed until about a month ago when he officially relinquished his position as managing. He continued with observing and managing his students despite the enormous difficulties that he faced … He was a great servant of HartRAO, and of our country.”

It was as my supervisor at HartRAO – for many years the country’s only radio telescope – for that month in 2005, that Mike unwittingly showed me that I did not have what it took to be a researcher. I could never have been that passionate or excited about one scientific discipline, the way that he did. So I eventually became a science journalist instead, so that I could share stories about what Mike did and tell the country that people like him existed.

I remember, years later when I was interviewing him for my book about radio astronomy Searching African Skies, asking why he has chosen to be a radio astronomer. He looked at me, across the table in his office at HartRAO which faced out onto the 26m dish had been a pivotal element in his career, and said: “Because every day I come to work, I discover something new. It’s so exciting.” He spoke with his hands, his hazel eyes twinkling.

He later told me that the reason he had started the African VLBI Network was because, when the HartRAO dish had been out of commission, he had been bored and had trawled Google Maps looking for disused telecoms dishes to convert into radio telescopes. Because that excitement and passion couldn’t be stopped – even by a broken dish.

Other people will remember him for his scientific achievements, others as a friend and a loved one, some as a supervisor. For me, I will remember him as the man who showed me what scientific passion and enthusiasm looked like, as a kind man with an impish smile and a twinkle in his eye, and I will miss him.

His partner of 20 years, Robyn Bloom, asked that, instead of flowers, people make donations to the Soweto Animal Rescue and Advisory Centre in memory of Michael Gaylard.”