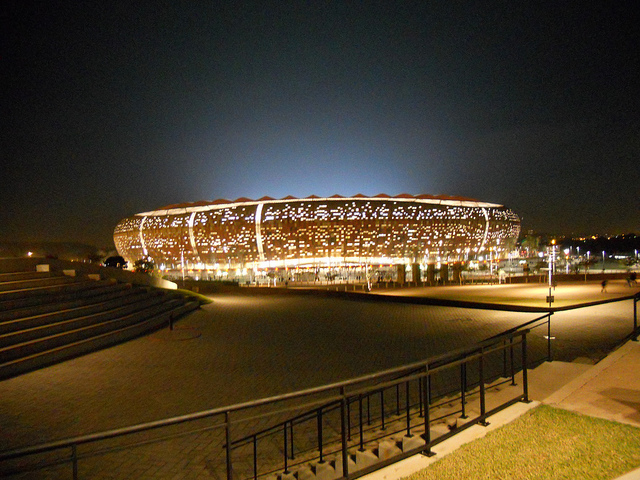 German economics researchers used satellite photographs taken at night to calculate the economic impact of the large-scale building of infrastructure ahead of the 2010 FIFA World Cup in South Africa. What they saw made them realise that it makes more long-term economic sense to invest in transport than in building large event venues.

The research team consisted of Gregor Pfeifer, Fabian Wahl and Martyna Marczak of the University of Hohenheim in Germany. They will present their findings on 23 June at the International Association for Applied Econometrics Conference in Italy.

They found the strongest increase in economic activity for rather small World Cup venues or for treatments in less populous areas.

Their results have important political implications for development policies and the future organisation of mega (sports) events. These suggest that such events can distinctly benefit the affected regions if public investments are directed on improving the ‘right’ infrastructure.

“This seems to be the transport sector, where we observe persistent treatment effects still evident years after the tournament,” highlights lead author Pfeifer. “Contrarily, construction measures targeting event arenas feature effects of only short-run nature, probably due to the creation of temporary jobs.”

He warns: “If there is no plausible concepts regarding how stadiums could be regularly re-used after the actual event, such investments do not seem to pay off.”

They say their findings reveal that “it is non-trivial for governments to decide in favour of or against mega sports events when caring about longer-lasting economic effects.”

#Scibraai Monday Menu: About #Feesmustfall, soccer and spit, and cancers