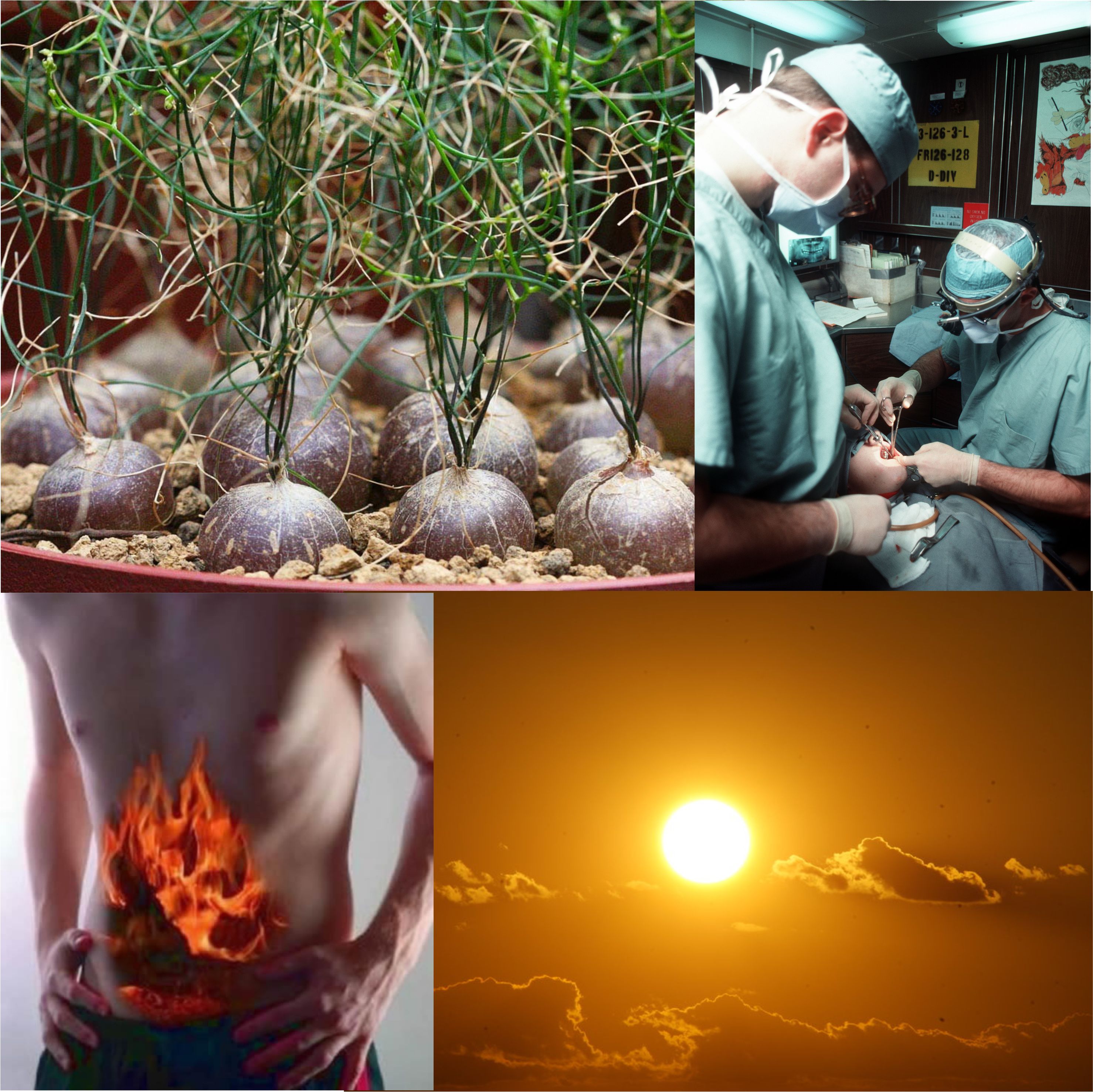 This week’s Scibraai Sides has news about a new bulb species found in the Breede River valley. It also features studies that shed light on the following questions: Should Grandma be taking Vitamin D supplements? Do dentists Facebook enough? And what’s the best test for doctors to use if they are faced with patients with pancreas pain?

Lovers of South Africa’s flowering bulb plants have yet another reason to celebrate, with the discovery of a new species, Drimia sigmoidea, in the Western Cape.

It has been described by John Manning of the South African National Biodiversity Institute’s Compton Herbarium, along with John Deacon and his colleague Peter Goldblatt of the University of KwaZulu-Natal.  The finding is described in the South African Journal of Botany.

The plant grows in the Worcester-Robertson Karoo region of the Western Cape’s winter rainfall area. Its nearest lookalike is Drimia intricata, a species that is found widely through the summer-rainfall parts of southern and tropical Africa.

South African dentists are becoming social media savvy, with one in every two professionals using social media platforms at least once a day. Most, however, do so for personal reasons rather than to market their services.

This is the findings of an article in the South African Dental Journal by Lorraine Snyman and J.H. Visser of the University of Pretoria, in which they tried to identify and understand how local dentists use social media in general, but also as part of their marketing strategy. Dentists who are members of the South African Dental Association completed anonymous online questionnaire.

They found that South African dentists have started to embrace social media and that 50.2% interact through these channels at least once a day. Platforms such as GooglePlus and Facebook are the most popular.

Respondents use social media mainly for personal purposes, including staying connected to family and friends. Only 13.2% of those responding currently use social media as a marketing tool, but the majority (83.5%) predict that such usage will increase in future.

“Social media marketing is a growing trend and will become more significant in future,” says Snyman. “Although respondents used social media regularly for personal purposes, most are only now starting to use it as a marketing tool.”

What’s the best test to use when faced with pancreas pain?

Doctor, are you suspecting that your patient might be suffering from acute pancreatitis or the sudden inflammation of the pancreas? Then rather use the biochemical analysis serum lipase to check up on this, even though you currently probably favour the amylase method.

This advice comes from Stef Hofmeyr and B.L. Warren of Stellenbosch University, in an article in  South African Journal of Surgery.

Serum lipase and amylase are both biochemical analyses used to establish the diagnosis of acute pancreatitis. Despite lipase having been shown internationally to be a more sensitive and specific test, amylase remains a popular first-line test in South Africa.

The Stellenbosch researchers therefore set out to provide a local basis for the recommendation of the best first-line laboratory test. Th

Lipase displayed a sensitivity of 91% for AP, against 62% for amylase. Specificity was 92% for lipase and 93% for amylase. Dual testing with lipase and amylase had a sensitivity of 93%.ey tested these on 476 Cape Town patients who suffered from acute upper or generalised abdominal pain and raised serum amylase and/or  lipase values. Of the patients, 154 (32%) had AP. Ethanol abuse and gallstones accounted for 55% and 23% of cases of AP, respectively.

“Lipase is a more sensitive test than amylase when utilising cut-off levels to diagnose acute pancreatitis,” says Hofmeyr. “Lipase should replace amylase as the first-line laboratory investigation for suspected AP.” Older adults are prone to suffer from Vitamin D deficiencies, among others because of low dietary intake and poorer absorption by the gut, limited sunlight exposure and limited physical activity. The question is: should they take supplements to ensure that they do get enough of the “sunshine” vitamin?

“The evidence is not convincing enough to recommend regular high dosing with vitamin D for older adults,” writes Celeste de Jager of the University of Cape Town in Vitamin Miner, after reviewing research on the topic.  She believes more clinical trials are needed as there appears to be sufficient epidemiological evidence to recommend treatment of vitamin D deficiency to benefit brain functioning. This might especially be useful during a specific window of time for older adults with or without cognitive impairment.

“Vitamin D supplements combined with other memory enhancers may be more effective than vitamins alone for those with dementia,” she adds.

Reference: De Jager, C. A. (2014). Vitamin D and Cognition: Are There Any Cautions Against Intervention Trials for Older Adults?  Vitamin Miner

Will the Woolies boycott work?