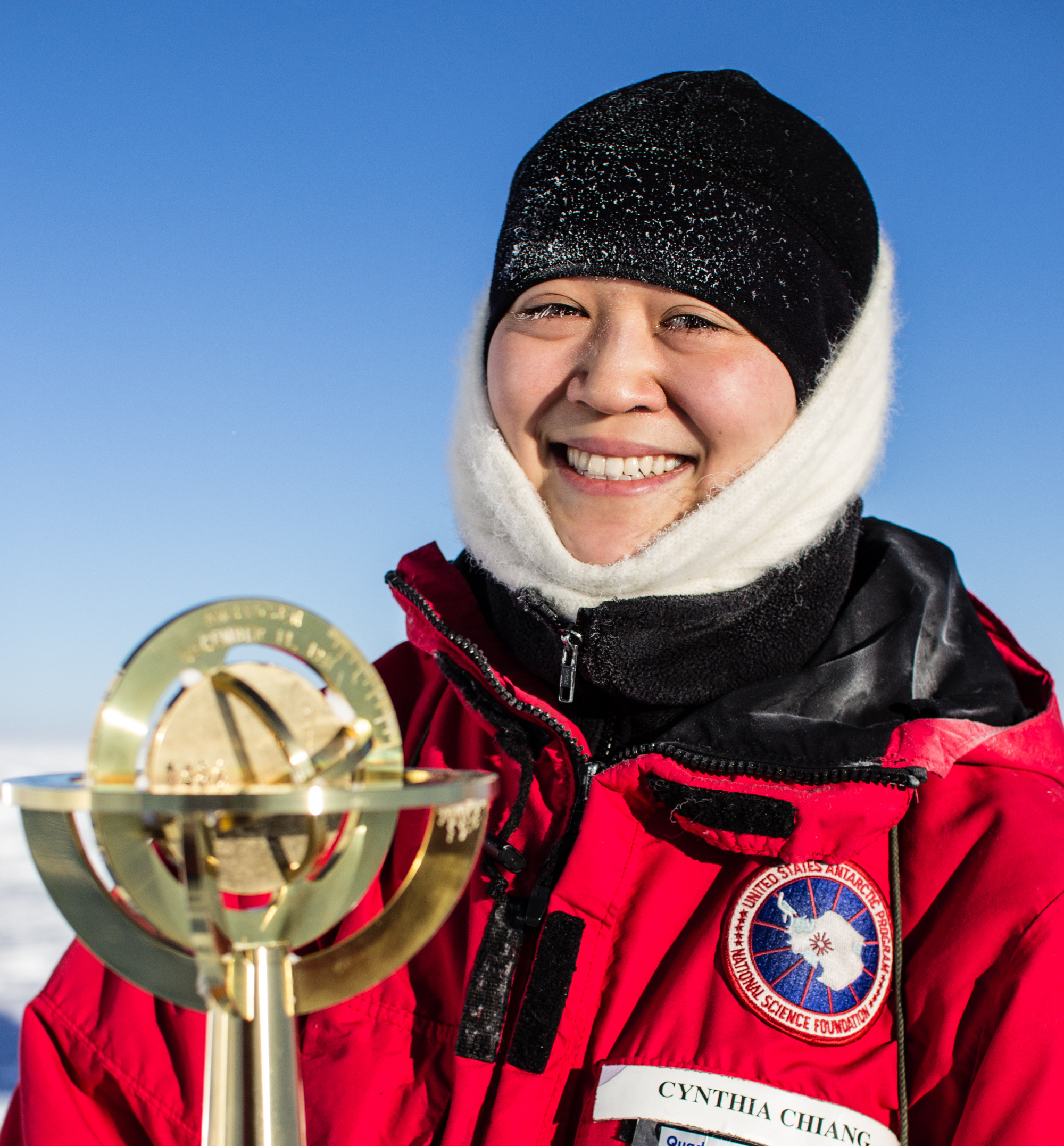 Cynthia Chiang, an astrophysicist from the University of KwaZulu-Natal, is part of a team seeking to drag ancient cosmic secrets out of the polar skies. Sarah Wild of the Mail & Guardian tells the story.

A giant white balloon with a precious cargo earlier this month crash-landed in a remote corner of snow-covered Antarctica – at 76°21.91 S, 87°27.14 W, to be precise.

Inside cylindrical pressure vessels attached to the balloon’s payload, researchers may find answers to their questions about the early universe.

The Spider experiment – short for the Suborbital Polarimeter for Inflation, Dust and the Epoch of Reionisation experiment – sailed through the cold blue skies of Antarctica for 16 days about 35km above the surface of the Earth, searching for elusive gravitational waves in the ancient signals from the early universe.

Cynthia Chiang, a senior lecturer in the University of KwaZulu-Natal’s Astrophysics and Cosmology Research Unit, has been involved in the project since 2009, when she was a postdoctoral candidate at Princeton University, although she did “a couple of small things for Spider when [she] was a grad student [at the California University of Technology (CalTech)]. Through her, South Africa is involved in this international experiment. “We’re trying to find the signature from inflation … [which] generates gravitational waves,” she explains.

It all starts with the Big Bang, in which – according to the theory – all the matter and energy in the universe exploded out of a tiny pinprick in space about 13.8-billion years ago. Scientists have detected the remnants of this cataclysmic eruption in the almost uniform thermal cosmic microwave background…

Want to know more? Read the full story further in the Mail and Guardian.