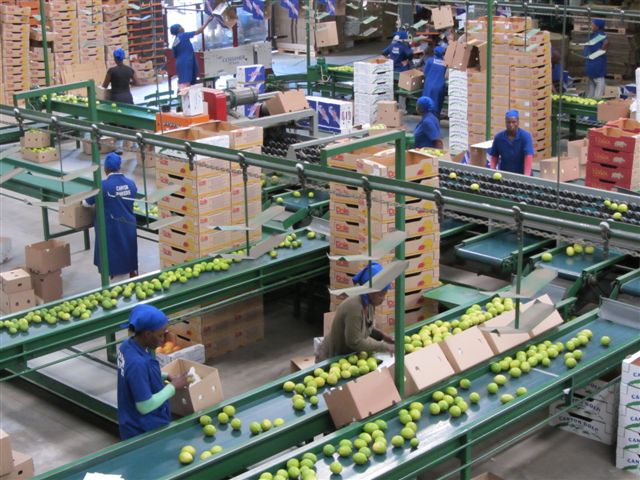 How will climate change affect the profit margins of farming endeavours throughout South Africa? It all depends on how rainfall, temperature and the subsequent need for irrigation will change the yield and quality of produce being farmed, region by region. So says agricultural economists Dr Hamman Oosthuizen, who used farms in Hoedspruit, Carolina, Moorreesburg and Vredendal as case studies for his doctoral research at Stellenbosch University. He teamed up with climatologists and hydrologists from two other South African universities to develop relevant data driven models.

His modelling study is among the end results of a broader initiative involving data and models from the Climate Systems Analysis Group of the University of Cape Town and the Centre for Water Resources Research at the University of KwaZulu-Natal. The project is funded by the Water Research Commission and the Department of Agriculture, Forestry and Fisheries. It investigates how climate change will impact agriculture, and assesses the vulnerability of crops, rangelands, farming households and enterprises. Appropriate ways by which farmers from selected areas could to manage their farms better with climate change in mind are also suggested.

“It’s a given that the agricultural sector is physically and economically vulnerable to climate change,” explains Dr Oosthuizen. “We therefore set out to find out just how climate change will be influencing farming endeavours and profitability at farm level in certain areas of South Africa.”

“The impact of such financial vulnerability goes beyond the farm gate, because many rural livelihoods are interlinked with the agricultural industry,” adds Dr Oosthuizen, whose findings have already been presented at international conferences in China, Mexico and Belgium. A paper detailing the Hoedspruit case study was published in the International Water Association’s Water, Energy and Climate (WEC) conference proceedings.

Dr Oosthuizen, who works for OABS Development in George, received his doctoral degree in agricultural economics from Stellenbosch University (SU) late last year. His supervisors were Dr Jan Lombard and Dr Daan Louw of the SU Department of Agricultural Economics.

Dr Oosthuizen among others developed the new integrated Crop Critical Climate Threshold (CCCT) modelling technique to model crop yield and quality under different climate sets. It integrates climatic, hydrological and economic models to determine how financially vulnerable farms are at ground level because of climate change.

Projections for the Hoedspruit area

Projections show that mango and citrus farmers in the Hoedspruit area should expect their profits to shrink along with seasonal shifts in rainfall and an increase in average temperature.

The projections show that:

Dr Oosthuizen warns that although all indicators point to increased profitability, the models he used cannot project extreme events such as floods or the impact of pests and diseases. He therefore advises Carolina farmers to follow a “no regrets” strategy involving crop rotation and conservation agricultural practices to positively influence profitability.

How was the research done?

His crop yield modelling was based on climatic data sets available from the Climate Systems Analysis Group (CSAG) at the University of Cape Town. These were also used to project future dam levels and irrigation needs, and the availability of irrigation water.

More about the CSAG’s role in the initiative:

The group operates the pre-eminent empirically downscaled climate model for Africa and provides weather station level responses to global climate forcings for numerous African stations. The group generated the empirically downscaled climate data for an envelope of IPCC accredited Global Climate Models (GCMs). Two climate data sets were generated for each case study area: one for the present climate (1971 – 1990) and another for the intermediate future climate (2046 – 2065). CSAG also did the APSIM crop modelling to project changing crop yield under different climatic sets.

More about the CWRR’s role in the initiative:

The UKZN hydrologists applied the CSAG climate data sets to the well-known ACRU model to determine future dam levels and the available of irrigation water.

* This article was prepared for the Faculty of AgriSciences at Stellenbosch University.