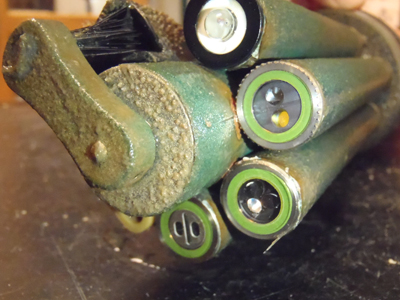 Our lives have been taken over by smart things – smart phones, smart televisions, even smart homes. And now research has shown that smart dirt is on the increase too, writes Dr Nonjabulo Gule of Stellenbosch University.

Smart dirt consists of germs that cling to surfaces and that have become resistant to the chemicals we use to get rid of them.

The accumulation of surface-adhering micro-organisms such as bacteria and algae is called bio-fouling. The fact that available chemical cleaners are no longer effective, impacts on almost all areas fundamental to human existence, including the water treatment industry, food industry and energy sectors.

Bio-fouling affects the filters in water treatment plants, reducing the quality of water and increasing operation costs. Food security is threatened when irrigation systems get worn out and production lines in industrial settings become plagued by the scourge of bio-fouling.

The energy sector, including Eskom, is also victim to this plague. Cooling water towers are constantly down due to heavy fouling, which reduces heat exchange efficiency. Repair costs run into millions and cooling tower lifetimes are severely shortened.

Fortunately, nature has also provided a solution to smart dirt’s reign of terror. Researchers discovered that the marine red algae (Delisea pulcra), amidst other heavily fouled surfaces, remained untouched by ocean bacteria and barnacles. A closer look revealed that this marine plant contains substances called furanones that repel bacteria and all other forms of micro-organisms from their surface.

In a research project carried out in the Department of Chemistry and Polymer Science at Stellenbosch University, these furanones were prepared and tested on laboratory-scale water filters. The furanone-modified water filters did not only demonstrate self-cleaning behaviour (bacteria repelling), but also the ability to destroy the bacteria which attempted to stick to the filter surfaces. And since the furanone compound is chemically bound to the material, there is no risk of it leaking out to the environment.

This technology opens a lot of possibilities in the fight against surface bio-fouling. It can eliminate the use of chemical cleaners, which are dangerous for the environment and lead to antimicrobial resistance.

So, smart bugs, watch out. You might have won the battle, but the war against bio-fouling has just begun.

Putting mealie pap under the spotlight