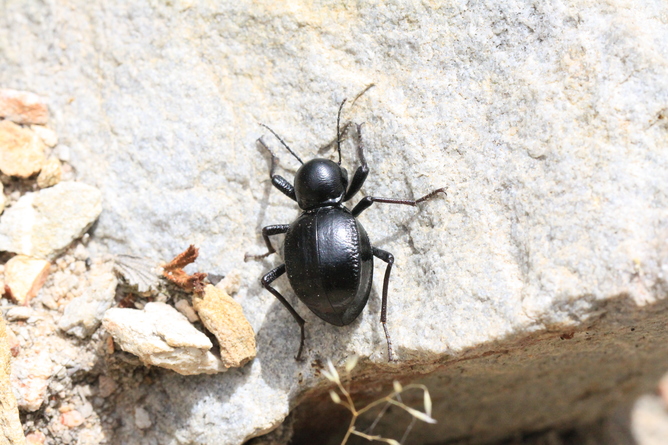 Just under one million insect species have been identified on the planet. Global insect species diversity makes up more than half of all other species diversity on earth. Estimates of actual species richness range from a realistic four to six million to an extravagant 80 million species. But insects are continuously evolving, so we will never really know.

Insects are characterised by having three pairs of legs, two pairs of wings – which are sometimes reduced or absent – and three body segments: the head, thorax and abdomen. And they change their appearance during development in a process known as metamorphosis.

There are many things that humans take for granted that would be affected if there were no insects.

Bugs hold the food chain together

Our total food supply would be severely restricted without insects. We would suffer from a variety of deficiencies as we would have very little fresh fruit and vegetables to eat. Insects are pollinators and many crop yields would suffer if they didn’t exist. Certain products like silk and honey would simply not exist.

The food chain would diminish. There would be no birds, or any other animals that rely on insects as food.

The world would be littered with decomposing organic material. The consequence would be complete degradation of our soils. All remaining life would subsequently disappear.

If that was not enough and if we were still alive, creativity would suffer. Insects are an inspiration for artists, for movies and documentaries. They are studied by engineers and scientists to find out how we can be more sustainable and efficient in our everyday lives.

Insects are highly adaptable to environmental change and have well-structured sensory systems, comparable to vertebrates. Due to their short life cycles vinegar flies, aphids and mosquitoes can complete their entire life cycle, from egg to adult, in less than seven days. They are able to respond to change much faster than animals with longer life stages.

That is why insects can become resistant to insecticides so quickly. The housefly developed resistance to the insecticide DDT in 1947 eight years after it was developed for the first time.

Today, insecticide resistance is developing much faster due to the large variety of chemistry that insects are exposed to providing increasing selection pressures.

The cleverest trick of them all

Insects are well known for having intricate relationships with plants and with other insects. As the plants change, so do they. This co-evolution has been going on for about 360 million years when the first insects evolved. This is considerably longer than the first humans Homo erectus evolved, some two million years ago.

That many insects can fly is a major asset. They can disperse quicker, get out of danger faster and reach food sources more efficiently. The fastest wing beat in an insect – a midge – has been recorded at 1046 beats persecond, attributed to asynchronous muscle contractions.

In comparison, the fastest wing beat of a bird (the hummingbird) is 55 beats per second. The fastest flier is a horsefly, clocking 145km/hour.

Beetles exhibit probably the highest diversity of all insects, the reason for which still remains a riddle. Spines and other strange designs offer defence mechanisms and camouflage.

Lastly insects are able to drastically change their appearance during their development. Immature stages of butterflies look like worms. They then become a pupae, while the adult is winged. Adult butterflies and moths rarely feed, often only taking in small amounts of water or nectar.

Many adult insects do not possess mouth parts at all. The evolutionary advantage of this is that adults do not compete with their offspring for food and therefore exploit different habitats, providing a reproductive advantage.

* This article was first published in The Conversation.

Dr Pia Addison is a Senior Lecturer in Insect Diversity at Stellenbosch University.